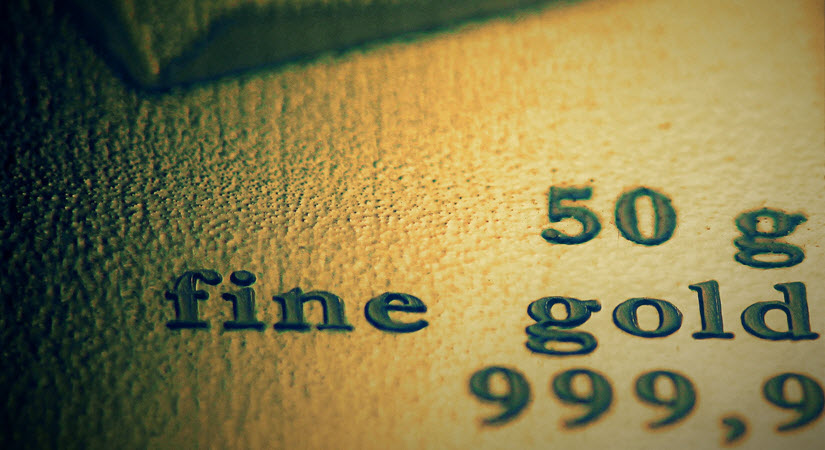 After breaking out of its months-long trading range and heading off towards $1,900, many analysts believe that the bullish moves in the gold market are just beginning. While the previous week was a very volatile one, including a $40 pullback, the gold price held onto a key bullish level. Now, all eyes are focused on the myriad of data releases this week, which will offer more clues regarding domestic and international central bank policies.

The key points include the Federal Reserve’s June 16 monetary policy meeting, Thursday’s CPI and U.S. jobless claims report. In addition, we’re watching for interest rate announcements from the Bank of Canada and the European Central Bank.

TD Securities’ head of global strategy Bart Melek explained how gold’s sensitivity to higher yields and a higher U.S. dollar has been offset by factors like the disappointing U.S. employment report in May:

The weaker economic data are better for gold. Many thought the employment report would beat expectations as the ADP data did on Thursday. If employment continues to be lousy, the Fed wouldn’t see inflation as an issue. And yields are not likely to react either, which is good for gold.

Bob Haberkorn, a senior commodities broker at RJO Futures, sees a strong bullish trend for gold due to various indicators. He, too, expects gold to inch towards $1,920 before attempting to recapture its all-time high, set in August. Haberkorn added, “The only thing that would disrupt gold’s upside is any new hints of monetary policy tightening.”

ING chief international economist James Knightley said inflation data will be the most important thing to watch out for. Knightly mentioned some specific expectations:

We are likely to see consumer price inflation rise further – our forecast is 4.8% year-on-year for May with core (ex-food and energy inflation) rising to 3.3% from 3%. For the former, this would mark the highest inflation reading since 2008 – when oil prices surged to $146/barrel – while for the core rate, it would be the strongest reading since 1993!

It’s not just mints running out of physical precious metals

As Numismatic News’ Patrick A. Heller notes, the upcoming changes to circulating gold and silver American eagle coins and the release of the 2021 Morgan and Peace silver dollars have caused quite the stir in the coin market. Why? As Heller explains, “Whenever there has been a major change in coin or currency designs, collector interest has grown.”

On top of this growing collector interest, reports of mints struggling with production and the precious metals market’s outperformance have very likely contributed to the massive surge in demand.

Heller believes the spike has already begun, and as dealers will look to cash in on the opportunity to market older Morgan and Peace coins amid the release of the 2021 redesigns. He expects this will involve aggressive buying of the new designs, likely at high premiums. Individual collectors are expected to squeeze supply in similar fashion by attempting to secure their own examples of the new coins as soon as possible.

When I visited the office of a numismatic wholesaler a few weeks ago, the employee who helped me apologized that their inventory was down about 75 percent from typical levels. This same lack of inventory has plagued the company where I work and dealers across the country. Many nice coins are selling much faster than in years past. [emphasis added]

It seems like buyers are lining up for nearly any precious metal coins they can get their hands on. Of course that has predictable effects on prices.

Recently, we’ve seen massive price premiums for both gold and silver coins. Heller notes that he’s seen common-date pre-1921 Morgan silver dollar premiums rise 56% since the start of the year. Peace silver dollar variants are up nearly as much.

This could be temporary. Heller doesn’t expect such massive premiums to persist once the mintage programs have finished. On the other hand, that demand could easily be made up for by increased numbers of coin collectors and investors.

When the 280-foot steamship S.S. Central America sank during a hurricane in 1857, it was a disaster on every level. Beyond the loss of most of the ship’s crew and passengers, the sinking of the ship between its voyage from Aspinwall, Panama to New York City also caused a financial panic.

The ship was carrying several tons of California gold rush bullion minted in the New Orleans Mint, earning it the “Ship of Gold” moniker and its place among America’s greatest lost treasures.

The remains of the S.S. Central America were finally located after 157 years at the bottom of the Atlanta Ocean. For all the treasure recovered, one coin stands out in particular. 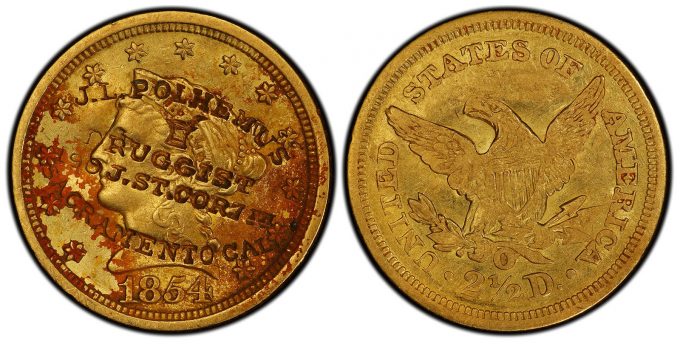 The unique counterstamped 1854-O Quarter Eagle was found by Bob Evans, who was part of the recovery mission. While far from the only quarter eagle struck at the New Orleans Mint at the time, it’s the only coin with the stamp of the famous California merchant J.L. Polhemus. Polhemus, a pharmacist by trade, was also known for selling collections that featured various coins minted during the period. Strangely, Polhemus stamped many regular-circulation coins of the time and then transacted with them (as a kind of business card).

Evans called the quarter eagle one of his favorite coins and said that its return to New Orleans represents a remarkable full-circle journey for a city treasure that many thought lost forever. The coin, which held a face value of $2.50 in 1854, was insured for $65,000 while being brought to the Rau antiques gallery in New Orleans, where it is now available for public display.