Home » Blog » Why Gold’s Price Surge Is Just Getting Started

Why Gold’s Price Surge Is Just Getting Started 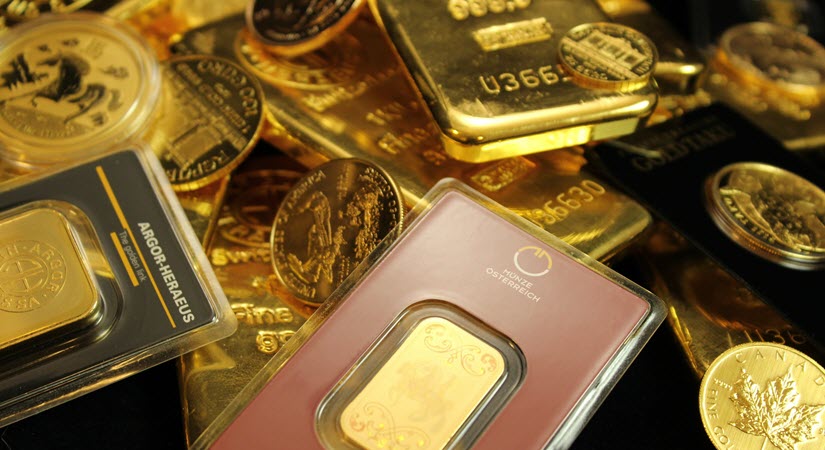 This week, Your News to Know rounds up the latest top stories involving gold and the overall economy. Stories include: An overview of gold’s road to $2,000, LBMA sanctions Russian refineries, and how geopolitical tensions might reinforce central banks’ gold appetite.

Given gold’s comparatively high valuations to the years prior, it seems strange to say that last year marked gold’s worst performance since 2015. Nonetheless, it has rebounded with a 9.4% year-to-date gain, and analysts’ consensus is that $2,000 is turning into a support level. Even the cautious investor might have missed gold hitting a new all-time high of $2,078 on March 8. As much as this can be attributed to wartime panic, experts don’t agree that shells and bullets are necessary for new all-time highs.

Bart Melek, head of global strategy at TD Securities, told Kitco that the global markets will feel the impact of Russia’s move irrespective of how things progress. Supply issues that were already prominent over the past two years could turn into a crisis as commodities become scarcer and scarcer, impacting prices and worsening inflation:

Inflationary expectations have surged all over the place. The Fed is going to be in a difficult situation policy-wise. If they get aggressive, does that really help inflation? Not really. The supply shock is there. Inflation impact from higher rates would be later. And there is already a negative supply shock, so it might not be wise to do this. And therefore, gold is going higher.

Melek said that gold could be approaching $3,000, as its inflation-adjusted $850 high from the 1980s is $2,927. Pause for a moment and reread that sentence. Gold’s inflation-adjusted high from the 1980s is nearly 50% higher than gold’s price today! Considering how gold performed during the last period of high inflation and you’ll see why Melek’s forecast is neither far-fetched nor lonesome.

Stan Bharti, founder of Forbes & Manhattan, said that gold’s bull cycle started two years ago and will last for another eight to nine years. “Gold is going to go much higher — $4,000-$5,000 in this cycle,” he said, noting that inflation will be the primary driver.

By next year, Bharti sees gold touching at least $2,500 for familiar reasons. “Inflation is coming back big time. Whenever inflation comes back, currencies drop, with all geopolitical uncertainty, production of these metals will be more difficult.”

Last Monday, the London Bullion Market Association (LBMA) banned six Russian precious metals refiners from selling gold and silver on the London market. Though the LBMA did not give an official reason, the writing appears to be on the wall as governments around the world have imposed sanctions on Russia in response to its assault on Ukraine.

The same sanctions are contributing to forecasts of the biggest commodity crisis in decades. Russia is a major exporter of industrial metals and, of biggest concern to many, oil. Yet Russia’s gold production is a more complicated affair.

The nation is by no means a slouch when it comes to gold production, accounting for 9% of the global gold supply with 330 tons or $20 billion mined annually. How much of that ore truly leaves the nation isn’t clear. Traders and bankers don’t seem to think the LBMA sanctions will have much of an impact, because there will still be buyers in places like China or the Middle East.

It’s perhaps likelier that Russia itself will remain the primary buyer of its own gold, as the mined ore is largely bought by Russian commercial banks and often sold to its central bank. And in Russia, the line between the official and private sector isn’t always clearly defined. The nation said that it would resume purchases of gold on the local market on February 27, reaffirming both its policy and the view that much of Russia’s gold stays in Russia.

Being an industrial commodity, the ban on silver could be more impactful, with Russia producing around 5% of the global silver supply annually. Still, the LBMA ban is likely to serve primarily as a rare gesture of extreme disapproval.

Regardless of how the war goes, it is teaching central banks a valuable lesson

The World Gold Council’s latest report dubbed gold’s performance this month a display of a “flight-to-quality.” There’s a reason we so often hear that gold is a safe haven investment. The WGC report touches upon three investor curiosities, with the last of them being: could the geopolitical developments over the past week change the role of the U.S. dollar in foreign reserves and global trade?

“I suspect there is a lot of purchases by central banks. It’s turning out that $600 billion of Russia’s foreign reserves are useless because its central bank has been sanctioned. The only thing that seems viable now is physical gold. The experience is similar on the individual level, as your accounts can be frozen. If they cut off your internet, you can’t get your money. But no one can access physical material,” said Melek.

Badiali shares a similar outlook: “The world is coming back to the idea that gold – physical, hold it in your hand gold – is the money you want in a crisis. More than a decade of peace and bull stock markets helped us forget that truth. But the Russian invasion of Ukraine brought back the reality of life in crisis in real-time.”

We know that Russia de-dollarized primarily because of sanctions even before the Ukraine invasion. But were some too quick to isolate the phenomenon? The WGC report says that the world is moving towards a multi-currency system, but these currencies are still someone’s liability, whereas gold isn’t. The steady increase in central bank gold purchases over the past decade may yet turn out to be part of a bid to treat bullion as the cornerstone of their reserves. And as the rest of the report outlines, systemic risk is one commodity that won’t be in short supply.