Home » Blog » As Gold Prices Prove Resilient, Is Silver Due to Soar?

As Gold Prices Prove Resilient, Is Silver Due to Soar? 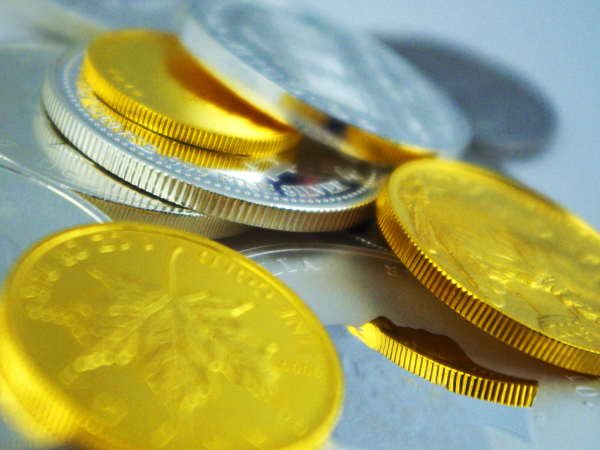 This week, Your News to Know rounds up the latest top stories involving gold and the overall economy. Stories include: What really pushed gold to six-year highs, Agnico CEO sees gold prices reaching $2,000 in 2-3 years, and an opportunity to buy silver is coming out of the woodwork.

How gold managed to post its best performance since 2013

The latest report by Bank of Nova Scotia examined what propelled gold to levels last seen in 2013, along with taking a look at why the metal could have an even better year ahead. In a remarkable display of resilience, gold has held onto the $1,500 level for the better part of the year, bouncing back from every dip below and going as high as $1,553 at one point.

Overall, gold has gained nearly 20% since the start of this year, and Nova Scotia sees the trend continuing into the next year. Like many other banks and pundits, Nova Scotia named central bank easing as a key driver of gold’s tremendous gains. With $15 trillion of negative-yielding global debt, government bonds haven’t looked less appealing in a while, allowing gold to assume the role of a go-to safe-haven.

The flock to haven assets has been spurred by widespread concerns that global growth is slowing down and that the world economy could be headed towards another crisis. Besides central bank policies, this notion is supported by disappointing factory data from top European manufacturers like France and Germany, as well as China’s rapidly-dwindling economy.

A recent report by the World Gold Council also shone a light on gold as a hedge against climate-related risks, noting that it performs much better in this capacity compared to other assets. Should climate concerns become a bigger issue moving forward, gold could find itself with another form of support.

Nova Scotia forecasts an average of $1,400 this year and an average of $1,550 for next year. Considering gold prices are currently sitting above $1,500 and have traded around $1,520 for the better part of the year, it will be interesting to see how high they can move in 2020.

Agnico CEO says gold will blaze past current levels and reach $2,000 within 2-3 years

In an interview with Bloomberg, Sean Boyd, the CEO of Agnico Eagle Mines, explained why gold could surpass its all-time high and hit $2,000 over the next 2 to 3 years. 2019 saw gold pass numerous celebratory milestones, including its ability to finally move on from the familiar tepid price action that tends to occur during the summer.

Yet Boyd thinks there is plenty more of that in store, as the same factors that moved gold to six-year highs will become all the more prominent in the coming months and years. Boyd and his firm are betting big on the metal as they see governments employ the same loose monetary approach that led to previous global crises.

These include the constant expansion of an already-overwhelming budget deficit and high levels of federal spending. Gold’s all-time high of $1,923 in 2011 came as a direct result of quantitative easing programs (QE), which plunged the greenback to new lows. The same QE programs are once again being used by the Federal Reserve in order to stimulate the economy. While Boyd didn’t directly address the issue, the ballooning domestic debt ties into the budget deficit problem and serves as yet another catalyst for a potential crash.

Boyd also noted that gold has and will continue to enjoy support from physical buyers across the board. These include heavy buying for jewelry and investment purposes from countries like India and China. However, the real story of gold buying comes from central banks, as the official sector is now purchasing the most bullion it has since the 1970s. 2018 saw a record 651 tons of gold bought by central banks, and most forecasters agree that the figure is likely to be surpassed this year.

As gold gets the spotlight, investors may want to look at silver’s buying signals

Although gold and silver are intrinsically tied and their prices tend to move together, there is more to their relationship than meets the eye. As Steven Dunn, head of exchange-traded funds at Aberdeen Standard Investments notes, gold is the most independent and defensive asset available, which has helped the metal peak time and again as investors sought shelter from risk.

Yet these same investors are now looking at silver as an alternative as gold passes threshold after threshold. Meanwhile, silver remains historically undervalued in comparison to the yellow metal. While the gold/silver ratio has fallen from its summer peak of 95, it nonetheless remains at an all-time high of 85, far removed from the long-term average of 60. According to Johann Wiebe, lead metals analyst on the GFMS team at Refinitiv, this leaves a lot of room for silver to catch up to gold, and Wiebe expects silver prices move above $20 in 2020.

Precious metals expert Paul Mladjenovic believes silver is in the early stages of a long-term bull market, not unlike gold but with much greater potential to the upside. Noting the rise in international demand, Mladjenovic thinks silver will bounce back above $18 before the year ends and reach $20 to $25 in 2020.

Meanwhile, SilverSeek.com’s Peter Spina points out that silver’s uncharacteristically low valuations have forced mining companies to diversify away from the metal and significantly curb exploration, both of which could significantly hamper silver’s supply. Spina believes that silver currently holds one of the best risk-to-reward ratios out of any asset over the last decade. If gold prices move past $1,550, as they already have this summer, and head towards $1,600, Spina thinks it won’t take long for silver to move in tandem and reach $21 to $25.