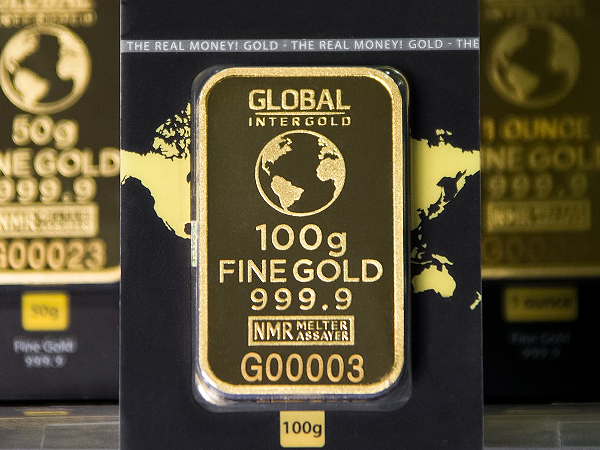 This week, Your News to Know rounds up the latest top stories involving gold and the overall economy. Stories include: CIO of world’s best-performing fund sees gold hitting $2,000, gold is still the go-to haven asset, and Victorian-era £5 gold coin fetches nearly $700,000 at an auction.

Bridgewater CIO: Gold could hit $2,000 due to loose monetary policies and geopolitical tensions

In late 2019, Bridgewater founder Ray Dalio urged investors to increase their gold allocation, forecasting that global central banks would bring forth a new period of loose monetary policies. Now, the co-chief investment officer of the top-performing fund has shared similar views, stating that gold looks ready to hit $2,000 due to two key drivers.

In a recent interview, Bridgewater’s CIO Greg Jensen said that geopolitical tensions and central bank easing will be the key factors to look out for as gold continues to trend above last year’s peak of $1,553, the highest level since 2013. To Jensen, both the threat of a military conflict with Iran and trade disputes with China are likely to remain powerful drivers for the remainder of the year.

The former had spiked gold to a seven-year high of over $1,600 a mere week into 2020, while the latter acted as a consistent source of support throughout last year. Jensen thinks neither of these situations have been resolved and sees them as important incentives for safe-haven demand moving forward.

Besides geopolitical tensions, Jensen expects loose central bank policies to keep pushing gold prices up just as they had for the better part of 2019. Jensen thinks that the Fed could not only slice interest rates to zero to combat a possible recession, but also allow for a period of high-running inflation, both of which would act as major sources of gold’s gains. Dalio and Jensen are joined in their view by fellow fund manager Jeffrey Gundlach, as the DoubleLine CEO stated last year that he is making long gold bets over expectations of a weakening of the dollar.

After trending down from the $1,600 level, gold remains the best safe-haven option available

Gold may have pulled back from the $1,600 level as tensions with Iran appear to have simmered, but analysts at a precious metals refining firm see plenty of reasons for gold to have an exciting year. In their 2020 outlook published last week, MKS PAMP Group’s analysts said that they remain bullish on gold, silver and palladium for the rest of the year.

In the report, the team stated that uncertainty will continue dominating investor sentiment and keep driving the heavy safe-haven buying seen as of late. Besides tensions with the Middle East, the analysts cited the coming U.S. presidential elections as another potential source of high volatility. Furthermore, the team expects central banks to continue supporting gold prices on a grand scale, both through accommodative policies in the midst of weak global growth and through their all-time high bullion purchases.

With so many tailwinds, the analysts forecast an average of $1,636 this year and expect the metal to climb as high as $1,780. Given the current landscape, MKS PAMP believes gold will remain safely above the $1,520 support level in the case of any pullbacks.

Regarding other metals, MKS PAMP said that silver will continue trailing gold as it moves up, citing strong fundamentals and the correlation with gold as the reasons why silver will push to $21 and average $18.62 this year.

In 1839, the British Royal Mint, led by chief engraver William Wyon, created a limited series of 400 £5 gold coins, dubbed “the Victoria Una and the Lion”. Today, these coins are considered to be some of the rarest and most valuable numismatic pieces in equal parts due to their scarcity and the unparalleled intricacy of their design.

The coins’ obverse depicts Victoria as Una from the Elizabethan poem “The Faerie Queene” by Edmund Spenser, while the reverse features a portrait of the 20-year-old queen. Representing the height of the British Empire’s power during the Victorian era, the coins are known to fetch astounding prices at auctions, as enthusiasts scramble to get their hands on a piece from the renowned mintage.

U.S.-based Heritage Auctions, which mediated the sale, revealed that the coin was sold by a private owner and praised it as one of the finest numismatic pieces to ever come from Britain.