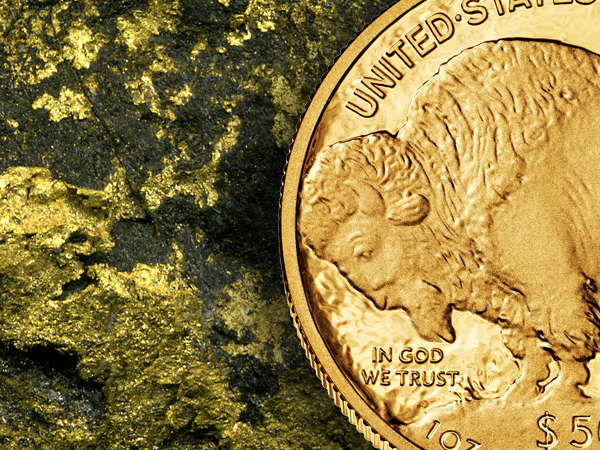 This week, Your News to Know gathers the top news stories involving finance and the gold market. Stories include: Gold rally has recent history on its side, why it’s time to buy gold, and there is gold to be found in sea water.

This gold rally has recent history on its side

In a recent piece on Newsmax, Shelley Goldberg explains why gold’s latest rally is backed by recent history, despite the seeming unpredictability of the markets.

What you should focus on when purchasing gold, Goldberg argues, are rate hike projections and traders’ response to them. She notes that the last two long-awaited quarter-point hikes – in December 2015 and December 2016 – were followed by traders unwinding their long dollar positions and covering their short positions in gold, which is common in rate hike scenarios.

In both cases, the result was a bull run in gold and other precious metals, and Goldberg believes the latest gold rally is the start of the same chain of events, especially since the Fed has so far stuck to its projection of two additional hikes in 2017.

Goldberg acknowledges that higher rates can also usher inflation, which makes the metal even more appealing as a hedge against it. According to her, this validates a favorable outlook for gold, and she sees no substantial reason why the metal should drop from its current levels.

If you like gold, it’s time to buy it

Forbes contributor Bryan Rich reminds us that the markets had a busy past week. The dollar weakened amid accusations of currency manipulation by various countries at the G-20 Finance Ministers meeting. Closer to home, the Fed didn’t do much to clear the confusion in its latest statements to the public, and FBI Director James Comey testified before Congress, acknowledging that there is an ongoing investigation into Trump associates’ contacts with Russia during the election. On top of all that, it’s quite likely that the U.K. will officially inform the EU on March 29 that it will exit.

Put it all together and the it’s clear that the outlook for the near future for the markets is muddled. Rich finds that these factors put stocks at risk of a correction, and with a weakened dollar and tepid Treasury yields, some might wonder what to do with their savings. He, however, believes that there is one clear trade in this confusing picture: gold.

The yellow metal already jumped on the Fed’s recent rate hike, and it looks to move further up no matter the Fed’s direction. If Janet Yellen follows through with her hawkish tone on inflation, he believes that gold will go higher. Likewise, if the three hikes projected for 2017 prove to be a mistake in a world unable to sustain much growth or inflation, gold is also likely to move higher on the Fed’s self-inflicted wounds to the economy.

There is gold in sea water, but we can’t get to it

When thinking about sources of gold, sea water probably isn’t what comes to mind. Yet, Atlas Obscura’s Eric Grundhauser points out that the sea is laden with the metal. The trouble is extracting it – more specifically, doing so at a profit.

Aside from gold deposits on the seafloor, Earth’s oceans are estimated to hold some 20 million pounds of gold. The presence of gold in sea water was discovered in 1872, and since then, there have been numerous attempts to turn sea prospecting into a lucrative business.

A hoax in the 1890s by a New England pastor and his friend, who claimed that they built a machine that could separate gold from sea water, left investors $1 million lighter with nothing to show for by the pair. More serious claims came in the 1900s, including that by German Nobel Prize winner Fritz Haber, although none would ultimately come close to profitably extracting gold from sea water.

A century later, enthusiastic inventors still occasionally claim to have figured out the method of extraction, as evidenced by Mark Sullivan’s pitch on the popular show Shark Tank in 2012. Sullivan’s claim that the technology of his filtering device is 20 years ahead of its time somewhat illustrates the problem.

According to the National Ocean Service, “Each liter of sea water contains, on average, about 13 billionths of a gram of gold.” With miniscule numbers like these, we currently have no way of extracting gold from sea water and even less of a clue on how to do it profitably. Yet Grundhauser finds it possible that, some day, scientists could very well figure out how to reach into the water and come out holding a handful of gold.