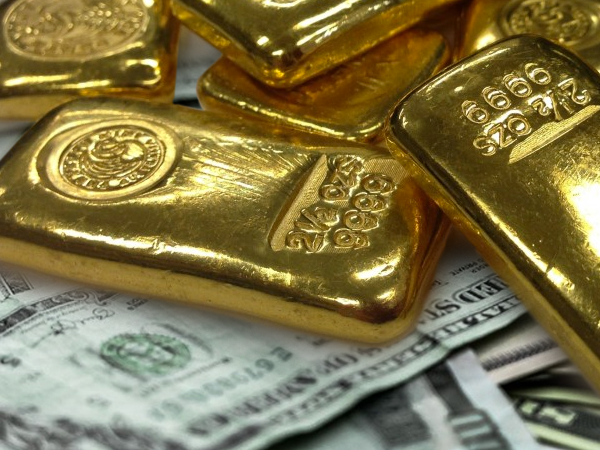 This week, Your News to Know rounds up the latest news involving gold and the overall economy. Stories include: Anti-dollar trade is reinforcing gold’s bullish outlook, how silver could follow gold’s lead, and gold has plenty of room to move higher.

Over the past two weeks gold was posting its best run in over six years. While the metal’s outperformance is generally tied to a weakening dollar, Mark McCormick, a foreign exchange strategist at TD Securities, believes other currencies are also playing a major role in gold’s rise.

According to an article on CNBC, previously-safe currencies like the euro or yen have looked increasingly shaky as of late, and reports from the G20 meeting thus far point to further depreciation of the fiat. This could leave investors with gold as the only haven option to run to if the U.S. dollar turns bearish, suggests CNBC.

Marc Chandler, the chief market strategist at Bannockburn Global Forex, stated that he feels pessimistic over the dollar’s outlook, especially given the Federal Reserve’s actions in recent months. The Fed’s sudden turn from hawkish to dovish in recent months has many strategists calling for an end to the dollar’s bull run, and Chandler is among them. With a dearth of safe-haven options available to investors, Chandler thinks that gold could surge to $1,700 in the relative near-term.

Besides policy decisions, Standard Chartered Bank’s precious metals analyst Suki Cooper sees plenty of other forces driving gold forward. One of them has been the ongoing central bank demand, which surged to record heights in 2018. Besides fear of faltering currencies, Cooper noted that investors are also worrying about a trade-war fueled global recession and military conflict between the U.S. and Iran. Cooper sees gold reaching $1,440 this year, with potential for further upside if the Fed cuts rates in July.

Traders who were expecting a usual tepid summer and bet against gold in Q1 were undoubtedly surprised to see the metal hit nearly $1,425 during its traditionally weakest season. But as gold posts an incredible performance of its own, analyst Stefan Gleason notes that silver has yet to tread the same path.

Right now, silver is trading at its biggest discount relative to gold in three decades. And as precious metals bugs waste no time loading up on the conspicuously cheap asset, an article on Silverseek.com reveals others are wondering whether the silver market is showing signs of concern.

After all, silver has always been more volatile than gold, and gold’s quick upswing should have translated to even bigger gains for silver, especially considering the already-disproportionate price difference. Numerous reasons for silver’s lag-behind have been posited, ranging from immense support for gold by central banks to low official inflation.

Yet Gleason sees a far more simple answer to the question of why silver still hasn’t caught up to the other metals. As the analyst explains, precious metals have been given little attention by the mainstream media in recent years as other markets were on historic bull runs. This left gold in a good-enough spot because of institutional support, but left silver behind as smaller investors focused on assets that were making the headlines.

With precious metals emerging into the limelight, Gleason is certain that silver will spark as the public catches on to the affordable alternative to gold. The resulting heightened demand for silver bullion could coincide with the long-awaited correction of the skewed gold/silver ratio to produce some interesting results.

Gold Has Plenty of Room to Move Higher

Gold’s rapid move to $1,425 after a lengthy range-bound period may have shocked many investors and traders, but an article on Kitco reveals that one of the world’s top asset managers sees more room for the metal to go higher.

Russ Koesterich, a manager who oversees the $27 billion BlackRock Global Allocation Fund, told Bloomberg that gold will keep climbing if the Fed continues to ease its monetary policy. The CME FedWatch Tool shows that market participants are expecting a 40% chance of a 50 basis-point interest rate cut in July, a sharp contrast to the hawkish 25-point hikes from just a few months ago.

Koesterich noted that the outlook for gold grows even more favorable when one takes into account trade-related frictions. Some feel that the Fed is being forced to alleviate the fallout of the U.S.-China trade war, and a major dovish move would likely act as a signal that economic trouble is on the way.

In an interview with Kitco, Koesterich’s colleague Joyce Choi, who acts as BlackRock’s director of fixed income product strategy, also touched upon the ever-less-appealing 10-year Treasuries. Even before the Fed’s dovish turnaround, analysts were warning that the 10-year Treasury yield curve was coming dangerously close to being flat. A single 50-basis point rate cut could push Treasury yields below 2%, further strengthening the case for owning gold.