Home » Blog » Analyst: Here’s What Will Push Gold to a Record High (Sooner than Most Expect)

Analyst: Here’s What Will Push Gold to a Record High (Sooner than Most Expect) 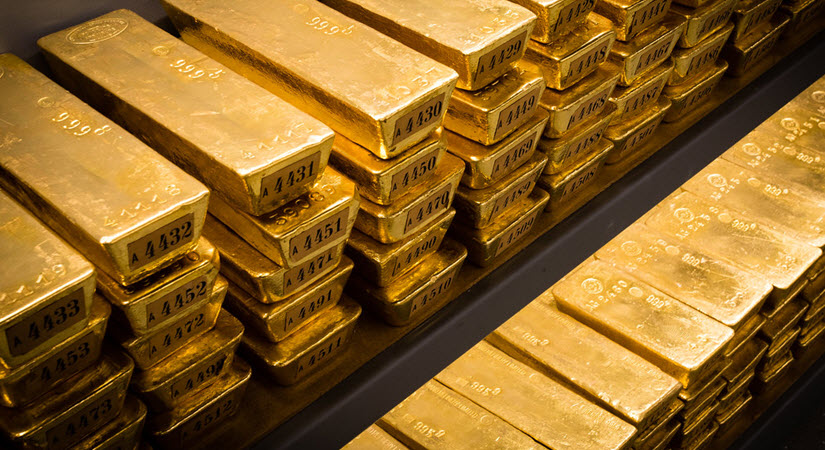 This week, Your News to Know rounds up the latest top stories involving gold and the overall economy. Stories include: Gold at $2,100 before the end of the year, global central bank holdings rose to 36,000 tons last year, and U.S. Mint posts strongest annual gold coin sales in 12 years.

Gold could test new highs before the end of the year: commodities analyst

David Lennox, a commodities for Fat Prophets, went over the factors that are driving gold toward a new all-time high for the second consecutive year. According to Lennox, $2,100 is a target that investors should look out for this year. Inflation and U.S. dollar weakness are, as usual, some of the primary pushers.

While we haven’t seen any dramatic dollar decline yet, it’s difficult not to feel like the greenback is on borrowed time. Loose fiscal policies, quantitative easing and record deficits undermine global confidence in the dollar as a store of value, sending investors in search of other safe haven assets.

Among the less obvious, but no less important factors are the geopolitical tensions that have escalated recently. For some geopolitical analysts, it’s been all eyes on the China-Taiwan power struggle given President Biden’s warning of military action.

For Lennox, though, the conflict between Russia and Ukraine stands out more as an imminent global risk. Lennox said that an escalation of the conflict would be disastrous as Russia amasses its troops around Ukraine’s borders, threatening to embroil the rest of the world in the affair. Specifically, Lennox said the Russia/Ukraine border tensions are:

a focus point where it could quickly turn to something disastrous. If that happened, then we would see the gold price reacting quite significantly and our $2,100 an ounce target would probably get here sooner rather than later.

And if it’s one history teaches about gold’s price? The old saying, “Bad news is good news for gold” is just as true today as it’s always been.

The World Gold Council released a report detailing how central bank gold holdings have steadily, and not-so-steadily, risen to 36,000 tons for the first time since 1990. The 4,500 tons purchased over the past decade are indicative of a trend where various nations that were once keen on holding their assets in dollar denominations are making the switch to gold. Why?

The report says this change came as a result of the 2008 financial crisis, though the subsequent quantitative easing and similar programs certainly expedited the process. The crisis reminded the world’s central bankers that only gold is free from counterparty risk (unlike any fiat currency including the U.S. dollar).

Therefore, gold remains largely unaffected by whatever market tremors might transpire, making gold the new-old favorite among many nations around the world. Further, the uncontrolled surge in the global supply of dollars has forced a number of countries to reconsider their local stockpiles of greenbacks.

Over the past few years, we have seen numerous noteworthy examples of nations purchasing gold to ensure stability both on the geopolitical and financial stage. Hungary purchased 90 tons, while Poland likewise made headlines with a 100 ton purchase in 2019.

The WGC said that new buyers from emerging nations are also taking an interest in the gold market for the same reasons.

Strong demand is great for gold’s price. New customers, too? That’s icing on the cake.

Whoever paid close attention to the gold market last year knows that the price movement poorly represented supply and demand dynamics. Mint shortages were common throughout the year, and new coin programs sold out so fast that they overloaded mints’ websites and offices.

Now that the sales figures are in, we’re getting a clearer picture of just how high demand was among individual investors. According to the U.S. Mint, the 1.25 million ounces of gold sold last year are the highest annual sales figure since 2009.

Some months were busier than others. January saw the most sales with 220,500 ounces of gold, while June’s 182,000 ounces coincided with a slump in prices as the Federal Reserve started talking about hikes (why do so many people stop buying when prices go down?) August saw similar movements, and the last months of the year posted particularly strong sales due to inflationary pressures building up.

“The recent volatility in the Dow and Russell 2000 indexes are a reminder that gold is the only proven stable form of money for over 3,000 years,” said Michael Fuljenz, president of Universal Coins. “With rising federal spending and deficits, plus rising inflation and global uncertainty, I predict that gold prices will return to over $2,000 in the year 2022, and silver could go to $27 per ounce.”

And while platinum’s price performed the worst out of any metal, the action in the physical market was just as enthusiastic. The Mint’s annual sales of platinum coins totaled 75,000 ounces, a 32% year-on-year increase and the highest since 1998. It was also the first year in which the U.S. Mint sold palladium coins since 2017, with a total of 8,700 ounces.