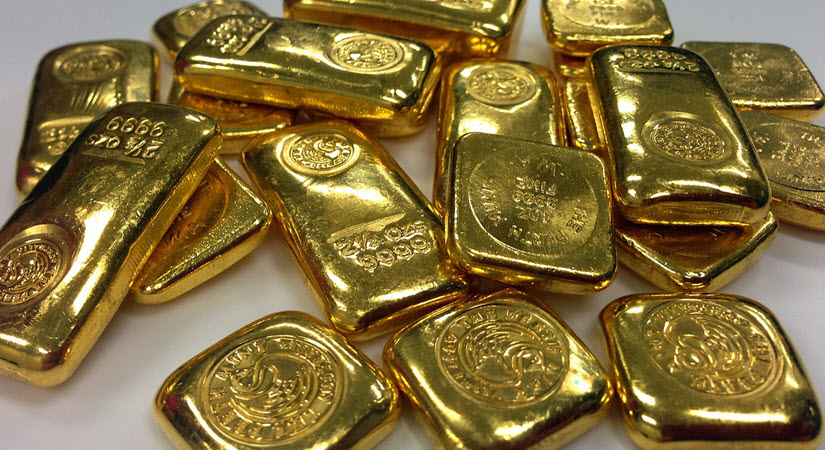 This week, Your News to Know rounds up the latest top stories involving gold and the overall economy. Stories include: Expert says gold is still at bargain price, how Basel 3 could boost gold and silver prices, and what’s next after gold’s breakout.

TD Securities: Gold is “relatively cheap” compared to what could come

On May 20th, TD Securities’ head of global strategy Richard Kelly reviewed gold’s current price ($1887) compared to currencies in the current economic outlook. As Kelly noted, gold had quite a pullback from its $2,070 August high, falling to as low as $1,650 at certain points but mostly sticking to the $1,800 level.

Kelly believes this pullback might have frightened investors away from gold despite the metal’s tailwinds remaining in place:

Gold had a phenomenal run-up over the course of last year, and when that reversed, I think it scared a few investors off.

As he explains, the downwards pressure came along with a sudden rise in Treasury yields, one that seems to have caused investors to overlook the true state of the bond market. Optimism came quick as traders started believing that the Federal Reserve might start hiking interest rates as well as reining in its ultra-loose monetary policy in order to head off inflation.

Yet the Fed has consistently promised there’s no intention to start raising interest rates any time soon. Kelly himself believes that many of the top currencies, including the U.S. dollar as well as the euro, are showing undeserved strength (despite the dollar’s recent weakness). This is supported by the sheer scope of monetary supply expansion that has occurred over the past year.

Keeping this in mind, Kelly thinks investors should still see gold as a bargain trade even as it inches closer towards $1,900. He also was quick to point out that a higher dollar-denominated gold price can come from an often-overlooked cause:

Since gold is typically priced in dollars, any fall in the greenback could lead to higher gold prices.

This is an important concept: higher gold prices might result from typical economic pressures like increased demand. Or gold’s price can rise when the dollar falls. (In other words, a person seems taller when measured with a shrinking yardstick.)

According to Kelly, gold has plenty of room for gains above that level due to inflationary risks and many other favorable factors that have supported gold’s price and investor demand.

The Basel 3 accord, gold and silver prices

It’s fairly well-known that if all of the customers showed up at any one bank’s doorstep and requested all of their cash to be withdrawn at the same time, the bank’s doors would be locked within minutes. Yet, as Numismatic News’ Patrick A. Heller notes, many aren’t familiar that the exact same thing is happening regarding banks’ storage of precious metals under the Bank of International Settlements Basel 3 accord.

Many of the world’s largest banks are active traders in precious metals markets, as are their customers. Customers can either opt to store their precious metals in allocated or unallocated storage.

“Allocated” precious metals mean the customer is the owner of record of specific, separately-stored coins and bars. Weight, purity, serial numbers, brand name: all relevant identifying information is recorded. When the customer withdraws metals or sells these assets, the bank releases the exact same assets. They’re customer property. The bank doesn’t own them, and more importantly, they aren’t listed as bank assets or as liabilities.

In unallocated storage, a bank’s customer does not own any specifically-identified items. Instead, the customer is, in Heller’s words, “an unsecured creditor of the bank, who has a claim against some of the assets owned by the bank.” If you have, say, 1,000 oz of silver in unallocated storage with a bank, that means the bank has on its books a liability to you for the market value of 1,000 oz of silver. That balances the physical silver, which the bank owns and lists as an asset.

Now, for traders, unallocated storage is convenient. It saves the banks a load of paperwork and legwork shuffling bars and coins from one shelf to another. And since on any given day only a small percentage of a bank’s precious metals are actually transacted, most banks engage in “fractional precious metals trading.” Just like fractional reserve banking, this means the physical precious metals the bank holds are vastly outweighed by “unallocated” precious metals, which are really just a liability to customers that banks cover by purchasing options or other paper forms of precious metals.

Perhaps you can see the problems here… Or, let’s allow Heller to point out the concerns:

How huge is this paper market, where banks may hold paper contracts to cover their liabilities to deliver physical precious metals? In a Commodity Futures Trading Commission hearing in March 2010, precious metals consultant Jeffrey Christian testified that these institutions may have sold their physical metals as much as 100 times the quantity of metal that they actually owned. Obviously, if all these owners contacted their bank to take delivery, the paper market would crash. [emphasis added]

Heller thinks unallocated storage trading of precious metals is the primary suppressor of precious metals prices. For example, the London Bullion Market Association trades $20 billion of gold daily and $5 trillion annually. But there are no dump trucks full of ingots pulling in and out of the LBMA facility. There are no heavily-guarded trains steaming to a secure LBMA warehouse, boxcars stuffed with the day’s $20 billion in gold bars for the marketplace. Because the trading happens in “unallocated” gold, the metal itself might not exist.

After the Great Recession, the Basel Committee on Banking Supervision drafted the Basel 3 accord to rein banks in and limit what they can do in pursuit of profits. Yet despite having been drafted in 2008, its 2013-2015 implementation date was pushed to the start of 2023, although some changes are to take effect as of June 1.

Here’s the problematic change: banks would no longer be able to consider liabilities to deliver “unallocated” precious metals as part of their reserves. Which means banks would only be able to trade precious metals they actually physically hold (and not allocated gold or silver — remember, that belongs to the customer).

Interestingly enough, objections came not just from banks but the precious metals sector itself. On May 4, the London Bullion Market Association and the World Gold Council submitted a paper to the Prudential Regulation Authority asking for a change in the Basel 3 accord’s limitations on unallocated precious metals trading.

Heller expects plenty of pushback and revisions moving forward, as a full implementation of the limitations on unallocated storage trading would rightly bring about a banking crisis. For one thing, there’s just not enough gold and silver in the world to account for all the paper precious metals bought and sold. Heller believes that even a gradual implementation of the accord will bring about massive increases in precious metals prices, perhaps even multiply them, over the next 2 years as demand, storage and custody challenges arise in this new era of less-irresponsible banking.

Here’s what could happen next with gold

According to OANDA’s senior market analyst Edward Moya, the recent selloff in the crypto space was just what gold needed to break out of its months-long trading range. As crypto prices fell, investors got a reminder of the crypto market’s volatility and turned to gold as a safe haven and inflation hedge.

While Moya doesn’t question crypto nor deny bitcoin as an inflation hedge, he notes that the drop highlighted gold’s stability over the crypto, and thinks this flight to safety brought gold’s price up nearly $1,900. Moya is bullish on gold’s short, medium and long-term prospects, pointing to a rise in Treasury yields as perhaps the biggest risk gold is facing.

Yet with the Federal Reserve being fairly constrained in its policy options, and willing to let inflation run higher weakening the dollar, Moya sees a fairly clear path ahead for gold.

TD Securities’ head of global strategy Bart Melek also pointed to data reports as something that could end up as a significant mover of prices. Melek said that expectations are already low for the upcoming release of economic data, and that this could ring much louder than anything from the Fed’s minutes.