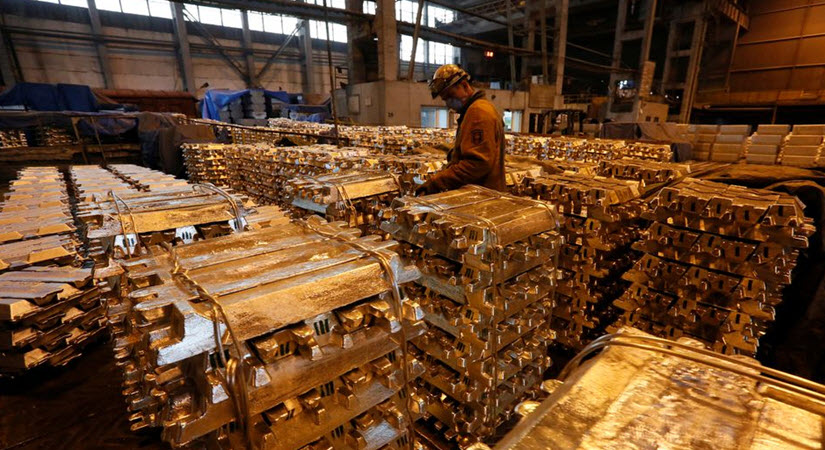 This week, Your News to Know rounds up the latest top stories involving gold and the overall economy. Stories include: Gold remains the best safe haven despite volatility, how geopolitical tensions are further compromising the bond market, and renowned money manager weighs in on new all-time highs for gold and silver.

Last week has been a volatility showcase that is rarely seen in the gold market. Russia’s invasion of Ukraine sent gold flying  to $1,976, the highest level in a year and a half. The very next day, gold posted considerable losses and ended Friday’s trading session around $1,890. This surge and immediate slump in prices frustrated and disappointed a lot of traders, but we should remember that, for most of us, buying gold is not a trade. It’s an investment.

Even so, there are many takeaways from these wild couple of days, and a few important reminders.

Until a few months ago, gold was rangebound between $1,750-$1,800. The difficulty of breaching the resistance was noted by many. Yet now, we are treating $1,890 as a kind of support. It reinforces the notion that gold is being pushed up by many factors, and that geopolitical tensions are just one of them (and a recent addition).

While gold can benefit from the kind of uncertainty we saw last week, it’s far from necessary. The so-called “geopolitical play” isn’t a necessary force for gold’s price to continue climbing. Wells Fargo highlighted that even central bank rate hikes probably won’t slow the metal’s move to $2,000 this year.

Many analysts say gold’s tumble came from an underwhelming retaliation by the West. Others cite speculation that the Fed and the European Central Bank (ECB) wouldn’t dare raise rates at a time of geopolitical uncertainty (after all, that might make the stock market decline). From that perspective, traders who dumped stocks to buy gold on Thursday immediately reversed course the next day, somehow deciding overnight that continued central bank stimulus outweighed war fears.

Honestly, who knows what drives these abrupt market moves? Safe haven demand, or a bet on supply constraints (Russia accounts for some 10% of gold’s global mine production) or even inflation fears? One thing we aren’t short of is theories.

RJO Futures senior markets strategist Peter Mooses told Kitco, the situation is far from resolved. We don’t know what caused those price moves. The markets have always had a tendency to surprise investors, and it became the norm over the past two years. The unfolding of the Russia-Ukraine saga is definitely something gold investors should keep an eye on. While the markets were given some initial relief, it bears reminding that we’ve yet to get an idea of how this conflict will develop.

Only a narrow scope could support the view that a lack of Western intervention in Russia has minimized the effect on the global market. If the bond market was facing a crisis in 2019, it is now inching towards collapse. The geopolitical conflict caused oil and gas prices to surge, spiking short-term inflation expectations to a new record. It’s quite the achievement during an inflationary period that was already being compared to that of the 1970s.

“This Russia-Ukraine crisis has accelerated the stagflation trend,” said Tracy Chen, a portfolio manager at Brandywine Global Investment Management. “Higher commodity prices will cause growth to slow down and boost inflation. The Fed will be even further behind the curve.”

Investors were drawn to the allure of Treasury bonds, which once again neared two-year highs. (Keep in mind that short-term Treasury bonds are the institutional investor’s version of cash – highly liquid, easily bought and sold – and tend to benefit from safe-haven demand.)

On the other hand, traders who are usually quick to optimism are now pricing in a high likelihood of a rate cut in the next three years. That’s right, a rate cut (from today’s 0.09% effective Federal funds rate) seems like a mathematical impossibility, unless the Fed decide to plumb the depths of negative interest rates.

Keep in mind, all of this is happening with a rate hiking cycle that has already been priced in, but is yet to begin. As all eyes are waiting to see if and how the Federal Reserve will begin hiking in March, Bank of America Corp. advised investors to allocate with both stagflation and dollar debasement in mind.

However, some analysts believe that the term “stagflation” is coming to be a euphemism.

The takeaway is that inflation will stay elevated, and the expected Fed tightening is going to be the catalyst for slower growth. I won’t call it “stagflation.” Growth isn’t stagnant but is going to slow down, coupled with that inflation impulse is going to persist for a little longer.

Jones probably doesn’t want to use the word “stagflation” because she doesn’t want to sound alarmist. Otherwise, her description of the precise economic conditions we’re seeing?

Ronald-Peter Stoeferle, precious metals expert and managing partner at Incrementum, shared his views on gold and silver on Wednesday ahead of the market volatility. In an interview with Investing News Network, Stoeferle said that the effect of the conflict on the gold market is equal parts significant and overestimated.

As opposed to directly affecting gold through a geopolitical safe-haven bid, Stoeferle believes that the conflict will instead have a more pronounced impact on the broader market. This, in turn, will play into bolstering the many drivers that are already moving gold higher, such as equity turmoil, negative real rates and recession concerns.

Stoeferle expects a major move up once the previous all-time high of $2,070 is passed. Once this becomes the new bottom for gold’s price, Stoeferle sees an easy path for gold towards $2,300, a scenario he expects to unfold this year. He also took note that institutional investors, which have generally shown a lack of interest in gold, have been pouring into the market and somewhat sealing a full circle of demand.

Many find silver to have an inescapable correlation with gold even with a historically askew gold-to-silver ratio, and Stoeferle is no exception. Should gold indeed post a new all-time high this year, Stoeferle expects silver to climb to a minimum of $30, if not higher.