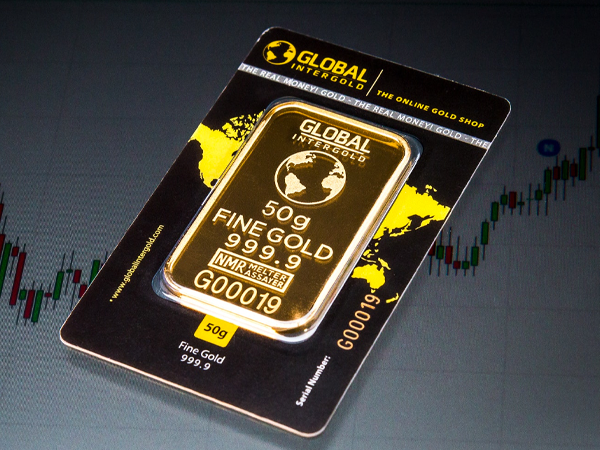 This week, Your News to Know rounds up the latest news involving precious metals and the overall economy. Stories include: Gold is winning in a trade war that has no end in sight, what a U.S. rate cut could mean for gold prices, and billionaire fund manager sees gold reaching $1,700.

The past week has been good for gold prices as investors finally accepted that there will be no peaceful solution to the trade war between the U.S. and China. Prices have trended above $1,330 over the past week, and according to Kitco, Bank of America Merrill Lynch’s (BoA) analysts think that $1,400 could be right around the corner.

In a recent report, the bank explained how May’s fallout has dire implications for both economies. BoA’s analysts have slashed their domestic growth forecast for the year, expecting GDP to fall to 2.4% from a previously-forecasted 2.5%. In 2020, the decline will be even sharper, as the team sees U.S. GDP growth falling to 1.5%, down from a previous 1.8%.

The bank said that most expect the trade war to escalate further, and it remains unclear to which extent either country will retaliate against the other. According to the Kitco article, the ongoing increase in levies has brought U.S. import tariffs to 4.4%, the highest since 1973, and the bank thinks that further escalation could bring the tariffs to 13.8%, the highest they have been since 1949.

China’s own response has plenty of investors concerned, as the Asian nation owns $1.13 trillion of U.S. bonds and could be looking to dump them in order to boost its waning economy. There is also the threat of the trade war spilling into a currency war, along with the likelihood of global money printing to stimulate an already slowing world economy. Kitco reports this would provide yet another venue for gold’s rapid rise, as currency debasement would introduce an additional risk to what appears to already be a full basket.

What a U.S. Rate Cut Could Mean For Gold Prices

After a persistently hawkish rhetoric for the better part of four years, the Federal Reserve is now being called upon to slice interest rates in order to offset the domestic effects of the trade war. Fed Chair Jerome Powell has stated that his officials are willing to adjust their policy accordingly, reverberating President Trump’s stance that December’s rate hike was a big mistake.

That, along with the recent disappointing jobs report, leads Forbes contributor Frank Holmes to think that gold’s outlook is highly tantalizing. Bank of America Merrill Lynch predicts three rate cuts by early 2020, which is a major tailwind for gold on its own. On the flip side, analysts like Morgan Stanley equity strategist Michael Wilson believe that the cuts will come too late to stave off a slowdown, even if rate slashes begin as early as July.

As Holmes notes, in raising rates for as long as they did, the Federal Reserve didn’t leave much room to combat a recession that almost invariably follows after tightening schedules in the U.S. The timing couldn’t be worse, as the threat of a Fed-fueled recession comes right as Washington and Beijing prepare for what appears to be a prolonged trade conflict that could compromise the global economy.

In regards to the latter, Holmes pointed to the ever-worsening situation regarding European bonds, which are moving into negative territory across the board. One example is the 10-year German bund and its recent all-time-low showing of negative 0.257%, requiring German bond holders to pay money to the government to own them. Holmes reminds investors that gold has always thrived in environments of low to negative interest rates, a point that further bolsters the remarkably robust case for gold investment in the current landscape.

Paul Tudor Jones, billionaire fund manager and CEO of Tudor Investment Corp, has little doubt that gold will be the best trade to make in the next 12 to 24 months. Speaking to Bloomberg News, Jones explained that the success of the global economy relies on global trade, which has mostly flowed freely for the better part of a century.

According to a report on Kitco, all this is being placed into question by the standoff between the U.S. and China, said Jones, adding that President Trump’s recent threat of adding tariffs on another $300 billion of Chinese goods could be the tipping point that plunges the U.S. economy into a recession. The strength of presence that the two countries have in the global market, by definition, places their conflict center stage.

“We’ve had 75 years of expanding globalization and trade… and now all of a sudden it’s stopped,” he said. “That would make one think that it’s possible we go into a recession; it would make one think that rates in the United States go back down to the zero bound level; gold in that situation is going to scream. [Gold] will be the antidote for people with equity portfolios.”

Should gold fulfill the predictions of many experts and reach $1,400 by the end of the year, Jones thinks that the metal will climb to $1,700 not long after. In this sentiment, he is joined by other billionaires who are calling for major gold breakouts in the short- and long-terms. One of them is Thomas Kaplan, chairman and chief investment officer of Electrum Group, who recently told Bloomberg that gold could shoot up to $3,000-$5,000 within a decade.