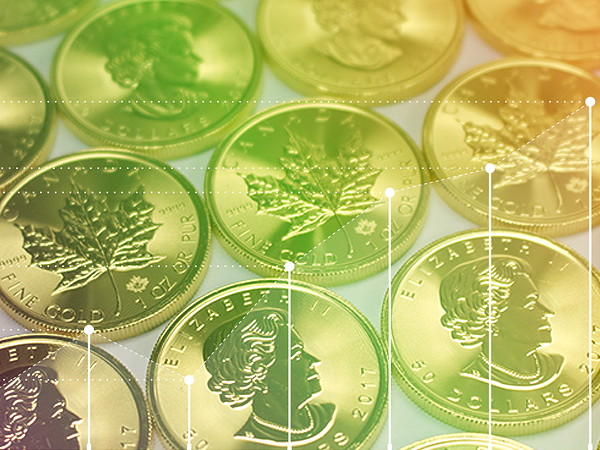 This week, Your News to Know rounds up the latest news involving precious metals and the overall economy. Stories include: Gold surges to $1,411, gold fever is spreading, and ‘Bond King’ Jeffrey Gundlach bets on gold against upcoming recession and dollar decline.

On Friday, gold surpassed $1,400 an ounce after a spectacular week that saw the metal breach one key level after another. Although many analysts had previously upgraded their gold forecast for 2019 to $1,400, few expected the metal to soar so quickly, and even fewer during its traditionally weakest quarter.

Chris Weston, head of research at Melbourne-based foreign exchange brokerage Pepperstone, told Kitco that gold’s move has so much momentum that investors may be fairly limited in their entry points. Weston believes that everything hints towards further levels from here on, and that traders’ main focus will be to speculate on whether to buy now or wait for a potential pullback.

The analyst sees the Federal Reserve’s recent actions as a key driving force that pushed gold close to a six-year high. After years of tightening, the markets are now pricing in a rate cut as early as July. Depending on the aftermath of the upcoming G20 summit, market participants are wondering if the Fed will cut rates by the standard 25 basis points or slash them by 50.

Weston noted that the Fed is all but guaranteeing a lengthy period of rate slicing, along with giving off several other concerning looks. And while the focus remains on gold’s rise in U.S. dollar terms, Weston added that the metal has enjoyed tremendous breakouts in other major currencies as well.

Gold’s blast above the $1,400 level over the past week stupefied many analysts, especially because it happened during a time of relative strength in both the U.S. dollar and equities. FXEmpire’s Stephen Innes isn’t too surprised, however, as the analyst predicted that gold would surge to $1,400 in 2019 back when the metal lingered around the $1,200 level in late 2018.

The timing and quickness of the metal’s breakout has excited many, yet an article from Yahoo reports Innes believes market stipulations aren’t what investors should be focusing on. Instead, Innes points to geopolitical risks as the primary reason for what now looks to be a full-blown gold fever.

As a long-time gold investor, Innes knows how to recognize haven demand in times of rising geopolitical strife. He believes that the recent flare-up in the Strait of Hormuz played a major role in intensifying haven demand and rendering investors acutely aware of the dangers on the horizon.

That’s not to say that economic maladies haven’t helped gold climb as high and as fast as it did with the U.S.-China trade war placing a major question mark over the global economy. Investors may have only begun pouring into precious metals in recent weeks, but Innes notes that central banks have been much quicker to jump on the wagon.

Having been net buyers for nearly a decade, central banks have recently ramped up their purchases by an immense margin, ending 2018 with a total of 651.5 tons of gold bullion bought by the official sector. The heightened demand has continued well into this year, with China’s purchase of 16 tons of bullion in May being just one example. As central bankers continue to support the gold market heavily, Innes believes that their gold-centric portfolio diversification strategy is something that investors should pay special attention to.

Last Thursday, DoubleLine CEO Jeffrey Gundlach held a webcast where he explained to investors why he remains unabashedly long gold. According to CNBC, out of the numerous warning signs, the ‘Bond King’ picked the action in 10-year Treasuries as a clear indicator that trouble is brewing.

The 10-year Treasury yield dropped to its lowest level since 2017 this month, accompanied by a steady inversion of the yield curve. The latter point has historically acted as a tell-tale sign that a recession is coming, and Gundlach concurs.

The CEO gives a 40%-45% chance that a recession will occur in the next six months and a 65% chance that it will happen next year. In this, he is joined by numerous experts with a similar forecast, many of whom have offered an even more pessimistic view.

Gundlach also touched upon the dangers of the growing U.S. deficit, which recently soared above $1 trillion. Gundlach warned that the debt issue is a major threat to the economy that’s being swept under the rug, and that the rapid expansion of the federal deficit could collide with the upcoming recession to form a monumental crisis. Gundlach added that his long gold bet also rests on expectations that the still-robust dollar will continue to sink and finish the year on a low note.