Home » Blog » Gold Set For a Boost Amid Trump-fueled Inflation

Gold Set For a Boost Amid Trump-fueled Inflation 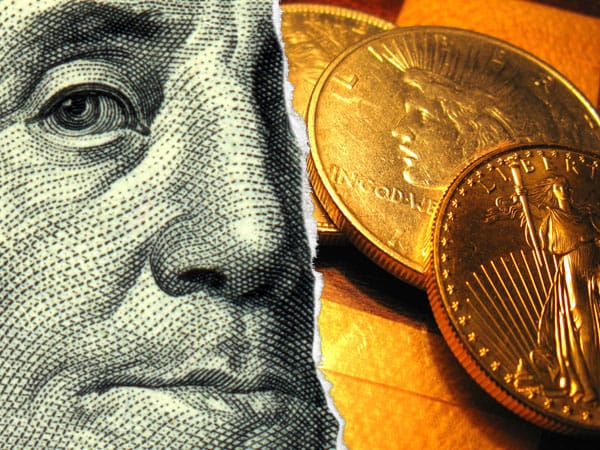 This week, Your News to Know rounds up the top news stories involving gold and the overall economy. Stories include: Gold set for a boost amid Trump-fueled inflation, a decade of gold-mining decline will spur prices, and why inflation is good for gold.

Of all the reforms that President-elect Trump has in store, most would agree that an increase in fiscal spending is the easiest one to achieve. This was stated by Alex Merk, president and CIO of Merk Investments, who recently spoke to CNBC about the effects that Trump’s fiscal reform would have on gold prices.

In his victory speech, Trump proposed an infrastructure plan worth “$1 trillion over a 10-year period.” Despite gold’s setbacks in recent days on the back of a stronger dollar, Merk said the uncertainty that’s gripping the markets post-election will likely keep the metal afloat.

While he outlined a rise in inflation as the optimal scenario for gold, Merk also mentioned rising bond yields as a boon for the yellow metal, saying the historically-low correlation between bond yields and gold has now changed to a “very high” one. Merk predicts a short-term rally in gold while the correlation to bonds is still high, as well as leaving the door open for sustained gains depending on the inflation rate, real interest rates and further bond gains.

Ultimately, Merk believes that whether the Fed stays behind the inflation curve or not will be what matters most for gold. And while some anticipate a tougher Fed with more rate hikes and fiscal spending spurring inflation, Merk says that “at end of day, the Fed is going to be behind the curve and gold will be just fine.”

Decade of gold-mining decline will spur deals and prices

Today’s gold mining industry is facing a massive shake-up: with a looming decline in mining output on one end and the need for consolidation deals by mining companies on the other, gold prices could soon receive a boost straight from the source.

According to calculations from MinEx Consulting Pty, the number of newly discovered mining deposits went from a peak of 37 in 1987 to just three in 2014. CEO of Randgold Resources Ltd, Mark Bristow, expects gold production to peak in the next three years as miners fail to replace their reserves. Jordan Eliseo, chief economist at Australian Bullion Co., thinks the decline could come sooner than expected.

From there, Randgold and BMO Capital Markets believe that mine supply could fall to about a third by 2025. And while the impact of a mining decline might not be felt in the short-term, it’s bound to wreak havoc on the markets in the medium- and long-term. BMI Research forecasts that a production slump could send gold to an average of $1,500 an ounce by 2020.

Ian Telfer, chairman of the third-largest gold producer Goldcorp Inc., agrees with this prediction: “Once supply from mines starts to decline and people start to realize the impact that’s going to have, I think it’s going to be incredibly bullish for gold… If gold went to $2,500 an ounce tomorrow, Goldcorp’s production wouldn’t change for the next four years. It can’t react to a change.” The chairman also added that even his company is having a hard time finding more of the metal.

Production issues, coupled with gold’s price surge this year, have translated to the highest number of deals in the gold sector since 2011. A rumored sell-off of as much as a 25% stake in Russia’s largest gold miner Polyus PJSC and the recent $750 million sale of Newmarket Gold Inc. are just some examples of corporate upheaval in the mining sector. “No CEO wants to run a shrinking company,” said Telfer, referencing the prospecting struggles of mining companies.

No, inflation isn’t bad for gold

In a recent piece on Business Insider, Dave Gonigam wondered why many think a Trump-fueled inflation will have an adverse effect on gold prices. As Jim Rickards put it earlier this year, market watchers likely believe that a spike in inflation will undoubtedly be followed by the Fed hiking interest rates, thereby hurting gold’s non-yielding appeal.

Yet both Gonigam and Rickards eagerly dismiss the notion even with Trump’s $1 trillion spending plan. Rickards tries to clarify the Fed’s motives: “The Fed will not raise rates for the fun of it. The Fed wants to keep inflation under control, but what the organization really wants is negative real rates. That’s where inflation is higher than nominal rates. It does the Fed no good to raise rates unless inflation is going up even faster. Yet that’s exactly when gold does its job of preserving wealth.”

Gonigam is mindful of the hyperinflation issues the U.S. faced in the late 1970s. Back then, gold went from $135 to $850 an ounce in the span of a couple of years before being sent tumbling back by Federal Reserve chief Paul Volcker’s anti-inflationary measures. Yet, as Gonigam notes, choking off inflation is the last thing Janet Yellen wants to do.

With Trump’s inflationary free-spending plans, the Fed can hike interest rates while still keeping them below the inflation rate, thereby achieving the desirable negative real rates and creating a perfect environment for the yellow metal. Hence, Gonigam sees gold’s recent setbacks as nothing more than short-term noise.