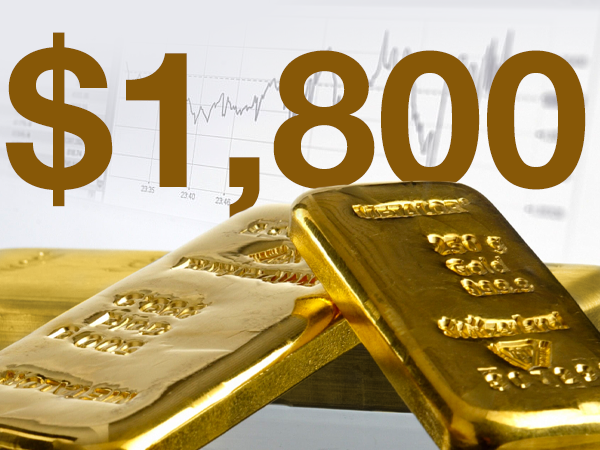 This week, Your News to Know rounds up the latest top stories involving gold and the overall economy. Stories include: Gold could move past $1,800 in the near future, every investor should view gold as a core asset, and times like these highlight gold’s true purpose.

Analyst: Gold could be heading above $1,800 next

Gold has been trading steadily around the $1,700 level as various uncertainties grip the global market. According to UBS Investment Bank’s precious metal strategist Joni Teves, the metal has a short-term target of $1,790 with an upside above $1,800 after that.

In an interview with CNBC, Teves explained that investor interest in gold has skyrocketed, not only because of all-encompassing uncertainty but also due to central bank actions that have already caused some concern. As Teves noted, the slicing of interest rates has harmed bonds that were posting all-time low showings prior to the outbreak.

David Lennox, a resources analyst at Fat Prophets, echoed much of what Teves said, telling CNBC that interest rate cuts and money printing will greatly diminish the willingness to hold fiat currencies. Lennox also pointed to the growing sovereign debt issue that is, and will likely continue to be, aggravated by governments attempting to stimulate their economies post-coronavirus by any means necessary.

The spike in interest in gold investment was shown in a recent report by the World Gold Council, which revealed that individual investors and funds pushed central banks aside to become the biggest buyers of gold in Q1 as panic gripped the global markets. Among other things, the report noted that funds bought the most gold out of any quarter over the last four years in that period.

All investors should treat gold as a core asset

In a recent webinar hosted by British financial communications firm Buchanan, some of the most prominent figures in global finance shared their bullish sentiment regarding gold and urge people not to overlook the metal.

Michael Widmer, head of metals research at Bank of America, James Burdass, gold specialist and independent consultant, Gervais Williams, fund manager at Premier Miton and Tom Attenborough, head of international business development and primary markets at the London Stock Exchange all shared their views on why gold should be treated as a key part of every person’s portfolio, rather than being approached as an afterthought.

Widmer expanded upon his highly bullish sentiment that recently saw him and his team of analysts call for gold to reach $3,000 within the next 18 months. According to Widmer, he had been bullish on gold prior to the pandemic, and its blow to the global economy lowered bond yields even further, along with bringing about massive amounts of money printing.

During the panel, Williams called for gold to reach $3,300 by the end of the year as negative interest rates become the norm. Williams also pointed out that gold is benefitting from being resilient to whatever scenario the economic recovery involves. Burdass highlighted the impact that the ballooning of global debt will have on various economies.

According to Burdass, the toll that the coronavirus has had on the global economy will be felt for years to come. Although Burdass voiced a more modest gold forecast of $1,850 by year’s end, he noted that the coronavirus’ after-effects will bring gold’s role as a store of value to the forefront and cause people to significantly reassess their allocation to the metal. Attenborough added that gold’s spike to the highest level in over seven years should be seen as a call to action for people to add the metal to their portfolio.

Gold is a tailor-made investment for environments such as these

Out of the various good reasons to own gold in the current climate, MarketWatch’s Jared Dillian thinks money printing should perhaps be seen as the most poignant one. Ever since the U.S. dollar was untethered from gold in 1971, gold bugs, along with numerous experts and analysts, have criticized the  ability by central banks to print as much money as they want, whenever they want it.

And while money printing has been a persistent concern at any point over the past few decades, the trillions of dollars that were printed as a response to the biggest economic downturn since the Great Depression have made Dillian especially wary. While gold fulfills many roles, preservation of purchasing power is certainly among the most important ones. And while this role is normally treated as a benefit to be reaped over years or decades, the recent Quantitative Easing (QE) programs have made it more of an immediate perk.

While gold purchases tend to be fear-driven, gold’s climb to $1,700 and above over a short span of time is indicative of a fear of a rapid loss of purchasing power. Dillian believes it is this fear that shot gold’s price up from $800 in 2009 to $1,900 in 2011 as the Federal Reserve began its QE. Notably, gold stuck far above its starting point even as the fear subsided and the economy stabilized.

Whether fears of inflation are justified or not, the Fed’s openness to print an infinite amount of money, as opposed to a capped figure in 2008, is reason enough to be very optimistic on gold’s prospects. The federal deficit was another major price driver between 2009 and 2011, so it’s exceedingly relevant that the government is now bracing for the biggest deficit in the nation’s history.

Even in the absence of factors such as these, Dillian firmly advocates some allocation to gold within one’s savings, as it can help to reduce volatility. When taking into consideration the current climate, there is no shortage of volatility to be slashed.