Home » Blog » As Gold Soars, Silver Readies to Catch Up

As Gold Soars, Silver Readies to Catch Up 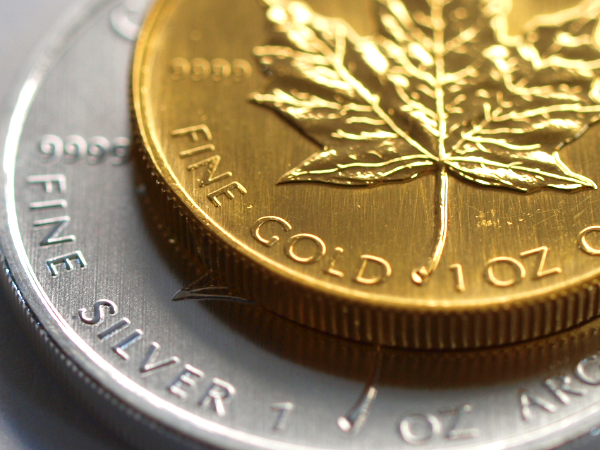 This week, Your News to Know rounds up the latest top stories involving gold and the overall economy. Stories include: How gold is standing out among other precious metals, gold prices likely to keep rising as demand intensifies, and Serbia buys nine tons of gold after the president’s crisis advice.

In the year of precious metals, gold stands out while silver prices lies in wait

Institutional Investor’s Gregor Spilker notes that the past six months have made the precious metals market a comfortable place to have some of your savings. Geopolitical uncertainty, the threat of a global growth slowdown, a dovish Fed turn and an overstretched bull market in stocks have all helped increase demand for precious metals in both the private and the official sector. Yet gold continues to stand atop of the heap, having gained nearly 20% year-to-date as it stays well above six-year highs.

Platinum and palladium have both been subject to the whims of the automotive sector, yet on the opposite sides of the spectrum. Compared to 2010 and before, when it enjoyed a higher premium than gold, platinum is now trading at roughly $600 less than the yellow metal. The precipitous decline has been driven in good part due to a reduction in industry demand.

Conversely, palladium has nearly doubled in price compared to the lows of 2018, having hit $1,600 for the first time ever earlier this year. Spilker attributes this to a shift in vehicle manufacturing, with a move away from diesel engines and emission restrictions, along with a tight supply picture.

Most of the focus, however, has been on gold’s ability to plow through numerous hard-set resistance levels in a matter of months, while silver remained largely dormant. Although silver did see some gains since the start of summer, the gold/silver ratio remains close to September’s all-time high of 92. Given that the two metals are known to move in tandem, many are betting that silver is due for a major price catch-up as gold continues its likely climb.

In their latest forecast, the strategists at Saxo Bank are predicting that gold will stick to the same upwards path it has been on since the start of the year. In an interview with Gulf News, Ole Hansen, the bank’s head of commodity strategy, said that he and his team expect gold to return to $1,550 before the year ends.

Hansen took special note of central bank policies, as he believes that they have been a key ingredient in gold’s stellar performance over the past two quarters. As Hansen notes, August’s drop in bond yields was followed by a rapid spike in gold prices, with the metal shooting up to nearly $1,560. With negative-yielding bonds becoming the norm, the analyst expects gold to keep being driven forward for the foreseeable future. Hansen also said that the now-undeniable global growth contraction is bound to become an even bigger factor moving forward. Paired with uncertainty, these issues should be enough to push gold to a minimum of $1,700 in 2020.

“Growth fears have not really hit the U.S. yet, and we firmly believe that the low point in U.S. growth is still in front of us, not behind us,” he said. “With the uncertainty coming with U.S. elections and the general slowdown, I wouldn’t be surprised to see gold move back and make a new record high over the coming years, and that basically means moving back to the $2,000 level.”

Naeem Aslam, chief market analyst at ThinkMarkets in London, agrees with Hansen that gold’s double-digit gains alongside a strong stock market are indicative of strong underlying demand. According to Aslam, despite the overtly well-running equity market, investors are wary of a possible downturn and are increasingly choosing to hedge their bets with gold.

Following multi-ton acquisitions by Poland and Hungary in 2018, Serbia is the latest country in the eurozone to make a sizeable bullion purchase in a bid to shield itself from a potential crisis. The move came as a result of President Aleksandar Vucic’s advice, who urged Central Bank Governor Jorgovanka Tabakovic to diversify the nation’s reserves in May.

Between October 9 and 11, the nation bought a total of nine tons of bullion, and the metal now represents 10% of the country’s overall reserves. The purchase brought Serbia’s stockpile of gold bullion to 30.4 tons, with Tabakovic noting that the acquisition has granted the nation an added layer of safety.

Serbia’s gold reserve expansion could be related to the nation’s consumer price index, which has fallen below the tolerance band five times in the last three years as officials look to balance the nation’s currency against foreign reserves.

The 9-ton purchase represents yet another unexpected entry into the gold market by a previously-absent nation and strengthens the notion that this year’s total acquisitions by the official sector will exceed the all-time high of 651 tons bought in 2018.