Home » Blog » After Three Weeks of Gains, Gold May Be Poised to Revisit Yearly Highs

After Three Weeks of Gains, Gold May Be Poised to Revisit Yearly Highs 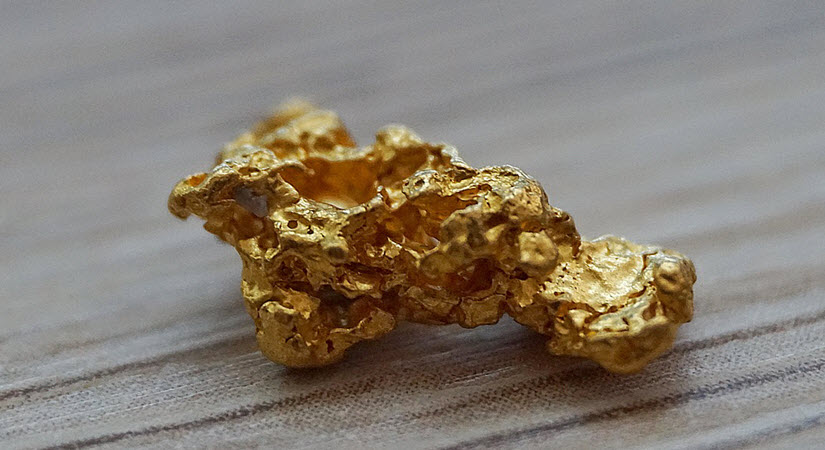 This week, Your News to Know rounds up the latest top stories involving gold and the overall economy. Stories include: What’s next for gold after third consecutive week of gains, silver’s role in the monetary reset, and Reddit traders’ next push to normalize silver prices.

In line with the expectations of many, gold prices have been climbing ever since the metal broke the all-important $1,800 resistance level. Friday’s volatility saw the metal fall from above $1,825 before bouncing back and finishing the day above $1,810.

Mark Newton, founder of Newton Advisors, told CNBC that part of gold’s gains are to be attributed to the metal inching closer towards the third quarter, which is traditionally a strong period. Despite its gains, Newton reminded investors that June and July are generally gold’s weakest months and the span through which prices bottom in a year.

Newton doesn’t discount that there could be another major pullback before gold posts a new all-time high, one that would be signaled by gold dipping below $1,750. The analyst said that this period would be a great entry point for investors who might have missed out before gold continues to march on upwards.

In the absence of such a pullback, Newton views $1,855 as the next resistance level that will cause gold to move onto higher highs.

Investment Research Dynamics’ Dave Kranzler compares the Federal Reserve’s comments over how inflation is a temporary issue to statements made in 2007 over subprime mortgage defaults being manageable. If the comparison holds water, it’s clearly a troubling one for the markets.

Kranzler, like many precious metals experts, is a proponent of John Williams’ Shadowstats.com, an alternate inflation gauge that suggests inflation is much higher than mainstream consensus would have us believe.

While the Fed constantly talks about wanting to reduce its balance sheet, the purchases and the money printing continue unabated. Williams’ analysis, which focuses on base money supply (not M1 or M2, but the sum of all money in circulation and in reserve), shows that the Fed’s balance sheet grew to $7.935 trillion on June 3. That’s more than double in less than two years since the most recent QE program started.

Kranzler points out that the price inflation that has been showing up in the form of various spikes in prices of goods and services is the start of something much bigger, likely a long-term trend.

In the meantime, Kranzler expects there to be a period of two-way action as the Fed prints and buys in order to avoid an economic collapse for as long as possible. Kranzler also notes that the gains of both metals have been significantly downplayed, with gold up 12.7% since the end of March and silver up by 15.3%. The discrepancy in performance is even more obvious when comparing indexes, with the gold price up 30.3% since March 1 compared to the S&P 500’s 7.9% gain during the same period.

His current short-term price targets, $1,900 for gold and $28 for silver, are only that: short-term. Fundamentals are bound to push the metals far past these targets as the dollar erodes.

At some point, Kranzler predicts any attempt to price precious metals in dollars would simply be meaningless. Gold and silver would retain their intrinsic value, while the U.S. dollar would be worth slightly less than the paper it’s printed on.

Whoever thought that the Reddit-fueled attempt to squeeze silver and expose big bank manipulation of the metal’s prices was done is in for a surprise, via Fox Business. The Wall Street Silver movement, which consists of some 122,000 people and represents one of the most active sections on the platform, has only gotten more momentum since February.

The average member of the movement is best described as an everyday person with a keen interest in personal investment and serious reservations about banks. The group’s bottom line is to “corner the market” by buying physical silver and therefore exposing the derivatives market, which would supposedly drive prices up between 100% to 1,000%. (Remember, the Hunt brothers drove a 713% price rise in silver.)

While refiners argue that silver actually isn’t in short supply and that the broader market can’t be squeezed by consumer-grade purchases of silver bullion, there have been plenty of questions about availability in the wake of mint shortages this year. And there are quite a few examples of why the movement has solid footing in reality.

Last year saw JPMorgan pay a $920 million settlement to U.S. authorities over charges of spoofing the silver market with hundreds of thousands of fake orders. It was hardly the first case of a high-profile banking blunder. There is also a general view that if banks were to properly adhere to the Basel agreement, the prices of both metals would multiply several times as a lack of physical backing would be revealed.

In the absence of such adherence, however, the paper market is likely to continue downplaying silver prices for a while. Still, demand is growing on all sides.

Blackrock has been buying silver, hundreds of millions of ounces to add to its stockpile, while coin and bar buyers worldwide are expected to buy 253 million ounces this year. As for the movement, regardless of how silver price trends, it can already boast the attention brought to some very dubious practices by Wall Street.