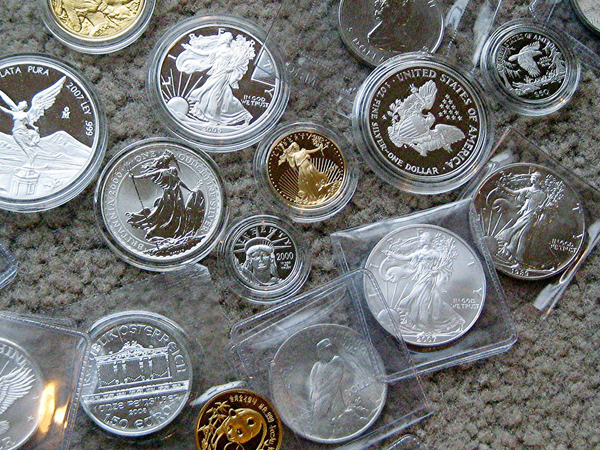 This week, Your News to Know rounds up the top news stories involving gold and the overall economy. Stories include: Multiple analysts believe gold to remain resilient despite rate hike, why Arizona and other states are choosing gold, and 400-year-old gold coin discovered in a Moscow river.

Despite an all-but-guaranteed interest rates hike in June, gold continues to climb, with silver experiencing a similar upswing. A number of analysts agree that gold continues to increase in price because geopolitical uncertainty around the world is more important to investors than an already priced-in rate hike.

“There is plenty for investors to worry about right now and I certainly wouldn’t want to be short on gold in this environment,” said Barry Potekin, vice president of managed futures accounts at RMB Group. “The train might be moving smoothly now, but you never know what is going to happen down the tracks so you don’t want to give up your seat.”

Potekin sees gold’s momentum continuing towards $1,300 before reaching the highest levels in recent memory. “If we get a move back above $1,300 then we are going to $1,400,” he said.

Jasper Lawler, market analyst at London Capital Group, underlined the effect that political turmoil in the U.S. and the upcoming U.K. elections has on gold prices. “This ongoing risks surrounding the leadership in two major countries will continue to be good for gold,” he said, adding that gold’s current prices – the highest in four weeks – marks a push above an important pivot point in $1,260 and could lead to even higher prices next week.

Both Lawler and Nick Exarhos, senior economist at CIBC World Markets, agree that the dollar’s weakness continues to play a major role in gold’s rise. Exarhos pointed out that it’s difficult to see a new catalyst on the horizon that would push the dollar higher, adding that the euro’s renewed strength is exacerbating the greenback’s weakness.

Perhaps the most overlooked part of gold’s recent upswing is that the metal’s 50-day moving average moved above the 200-day moving average, which signals an important technical pattern known as the Golden Cross and highlights bullish short-term momentum.

Return to tender: Why Arizona and other states are choosing gold

Arizona is the latest in a growing number of states to return to gold and silver as legal tender. The bill signed by Governor Doug Ducey re-institutes a “legal tender” for these metals, returning to the constitutional roots which dictate that “No state shall…make anything but gold and silver coin a tender in payment of debts.”

TheStreet’s David Yoe Williams Jr. examines why states are just now returning to the United States Constitution in regards to money after decades of ignoring its laws. Williams finds this to be a clear sign of concession that the Federal Reserve has failed to offer a replacement for bullion-backed transactions.

He notes that the new laws will bolster gold’s appeal in these states because the metal will no longer be subject to taxation – thus, when it appreciates against the dollar (as it so often does), those who own it will enjoy tax-free gains. As it is now, inflation tax significantly erodes fiat money holdings; the dollar has lost 97% of its purchasing since 1913, while gold and silver have increased 60 and 20-fold, respectively, in their dollar-denominated price.

Seven states have already passed laws in favor of sound money – laws that encourage the use of gold and silver as currency. The fact that central banks around the world, from Russia and China to Western Europe and the U.S., hold large amounts of gold bullion and continue to add to their stockpiles signifies the value of the metal.

As Williams explains, it won’t be long before gold is returned to a prominent place in the world of currencies, so he believes that the time to invest in bullion is now.

The 400-year-old coin found in the Yauza River is a gold ugorsky chervonet, minted during the reign of the Russian Tsar Boris Godunov, who ruled between 1598 and 1605. The coin’s rarity contributes to its value, as these coins were never used as currency and were instead given out as a reward for military achievements; only six have been discovered so far, and some place the value of the latest piece much higher than the initially-estimated $17,000.

Some media reports speculate that the diver could face a fine for damaging the valuable artifact during the raising process, as the coin was embedded into a metallic hinge. The diver could also be fined for conducting an unauthorized treasure hunt, as the new Russian legislation requires one to obtain a permit before engaging in such activities.