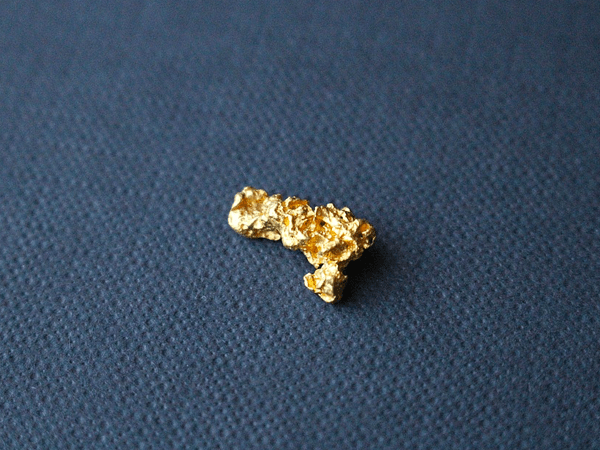 This week, Your News to Know brings you the latest stories involving the gold market and overall economy. Stories include: The world is running out of gold, a big move in gold is coming, and Turkey’s gold-buying spree has markets wondering how much and why.

The world is running out of gold

As markets ponder the next direction gold could move in, Business Insider contributor Frank Holmes explains why the gold market faces a much bigger challenge. Those familiar with the gold industry know that supply is dwindling, yet many aren’t aware of the severity of the decline.

Driven by lower prices, miners have been forced to cut back on the scale of their operations by both limiting exploration and reducing the number of active mines. And while mining exploration can cease quickly and mines can be closed in no time at all, it takes an average of seven years for a new project to start producing, raising major concerns over the stability of gold supply moving forward.

Holmes says the issue is made worse by the fact that easier-to-get gold has mostly been exhausted. In order to expand production, miners would have to dig in more difficult areas that are both costlier and more dangerous.

South Africa, once the world’s top gold producer, has fallen rapidly over the last years. To paint a picture of just how tight the mine supply is getting, over 1,000 tons of gold were mined in the country in 1970, but miners produced only 167.1 tons in 2016 despite significant upgrades in technology.

There’s no easy fix to this situation, and gold expert Pierre Lassonde believes we might have already hit peak gold, the point after which mining production can only go down. True or not, Lassonde sees dwindling supply putting intense pressure on gold prices, meaning that investors could benefit from allocating at least 5-10% percent of their portfolio to gold.

A big move in gold is coming

Kitco’s Todd ‘Bubba’ Horwitz says the gold market is facing a big move. This is because for the past month, gold has bounced up and down in a consolidation pattern with $1,260-$1,270 an ounce as the lowest level.

When a market moves in such a way, explains Horwitz, a major breakout either up or down is bound to happen.

Yet the case for gold moving down is flimsy: both the recent strength in the dollar and the biggest bull run in stock market history have done little to shake gold prices, and the bottom end of the metal’s range remains strong even after months of downward pressure by gold bears.

Instead, Horwitz expects gold to break out to the upside in the near-term. When this happens, investors can expect the rally to, at the very least, test the $1,310 level.

As seen on Bloomberg, official data shows Turkey added 3.8 million ounces of gold, worth almost $5 billion, to their reserves this year. While deposits by commercial banks might have skewed the figures, buying just one-third of the amount would still place Turkey close to the top buyer of gold in 2017.

With numbers as high as these, many are wondering what’s behind Turkey’s latest gold-hoarding move. The country’s central bank cited a simple diversification policy as the reason, but many believe there may be more to Turkey’s stockpiling.

“There could be any number of reasons why they’re doing this, we just don’t know,” said Robin Bhar, a London-based analyst at Societe Generale SA. “One of the popular views is that they are fearful that their neighbors will antagonize them further, and that this will help them weather that storm.”

Diplomatic relations between Turkey and nations such as the U.S. and Germany have been deteriorating, and Turkey’s president might be turning to the yellow metal for security. Cagdas Kucukemiroglu, a consultant for London-based Metals Focus Ltd., told Bloomberg that President Recep Tayyip Erdogan has always been pro-gold and against the dollar, and this year’s central bank purchases follow his call for Turks to use gold instead of dollars to facilitate a drop in the lira.

The country also launched a program this year meant to add privately-held bullion to the formal banking system, with Turkey’s Treasury collecting 2.47 tons of gold last month through the sale of gold-based bonds. Aside from Turkey, this year’s major gold buyers were Russia and Kazakhstan, adding 5.3 million and 1 million ounces to their stockpiles, respectively.