Home » Blog » Gold to Benefit if Fed Rethinks its Policy 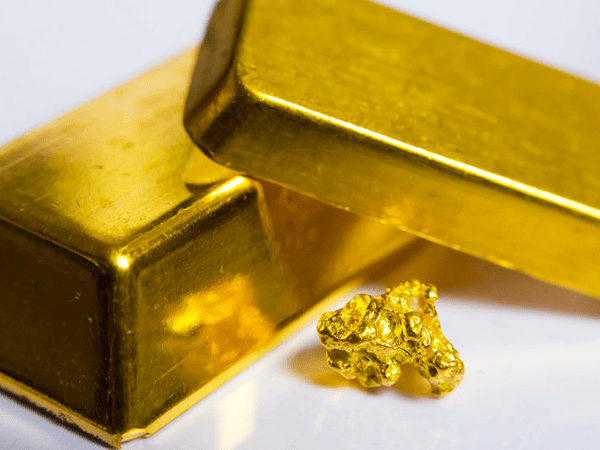 This week, Your News to Know rounds up the latest stories involving precious metals and the overall economy. Stories include: Gold prices to jump as Fed rethinks path, silver ready to take the spotlight from its peers, and rare gold coins found in Israeli city of Caesarea.

Gold prices will jump as Fed rethinks its path

After years of pressure from consecutive rate hikes, Newsmax reports gold could soon benefit from a change in Fed policy and an accompanying downturn in the dollar.

Due to the prospect of a stronger dollar and the change in sentiment, higher rates are viewed as a headwind for gold. In fact, the central bank is expected to hike rates one more time this year before re-evaluating its strategy for 2019. Despite this consensus, the metal has posted plenty of impressive performances during hiking cycles, having gained 50% between 2004-2006 and 15% since December 2015. Still, gold will be ready to reap the rewards from a reversal in the Fed’s course, one that analysts believe could be right around the corner.

Chris Weston, head of research at Pepperstone Group Ltd., believes a retracement of the unemployment rate will trigger a flight to safety among investors. As Weston explains, the Fed won’t be able to maintain the current peaked-out rate of 3.7%, giving way to economic upheaval.

Sprott money manager Trey Reik says that a shift in sentiment over the Fed’s policy will be enough to boost gold even before the changes take place. Reik’s forecast has gold reaching $1,360 an ounce in H1 2019, with $1,525 as the high for the year. Goldman Sachs’ analysts have likewise turned bullish on the metal, most recently advising investors to go long gold in a report.

Silver is ready to take the spotlight from other metals

Over the past few weeks, gold and palladium have been the talk of the precious metals market. The former enjoyed a return of safe-haven interest amid stock crashes while the latter has had its price swing up due to a supply glut. Silver, on the other hand, has posted a mild year as it deals with a supply surplus and a potentially damaging trade conflict between the U.S. and China.

But silver could soon take the spotlight as the metal comes into prominence due to its versatility writes MarketWatch. Johann Wiebe, lead metals analyst on the GFMS team at Refinitiv, thinks that silver should be viewed as both a precious and industrial metal when considering to buy. Wiebe notes that industrial applications, which make up 65% of silver demand, look very promising in the coming years.

Moreover, the metal stands to benefit from a skewed gold/silver ratio that most recently mandated 85 ounces of silver for one ounce of gold. This makes silver’s current price point exceptionally appealing. Wiebe says that this has already reflected physical demand, as evidenced by the 1.7 million American Eagle silver bullion coins sold by the U.S. Mint in November. The high figure for the month comes after reports that the Mint sold out its silver coins in September.

Steve Dunn, head of ETFs at Aberdeen Standard Investments, points out that silver’s other key drivers are equally bullish. Inflation expectations are on the rise, fiscal spending is out of control and the labor market is tightening. Keeping this in mind, CEO of GoldSeek.com Peter Spina says investors should approach silver investment with a multi-year outlook. When the many mounting risks spill over into a financial crisis, Spina notes that silver is sure to once again emerge as one of the top bets.

Archeologists in the Israeli port city of Caesarea have discovered a 900-year-old gold stash tucked away next to one of the houses, reports BBC. The valuable cache, containing 24 gold coins minted during the 11th century and a gold earring, was abandoned by its owner for unknown reasons.

The team speculates that the owner may have perished in an attack by a Crusader army led by Baldwin I somewhere between 1100 and 1118. The stash was concealed from sight by rocks and hidden by the side of a well.

The area has been home to numerous exciting finds in the past. A pot of gold and silver jewelry found in the 1960s and bronze vessels found in the 1990s are examples of similar discoveries that have been placed on display at the Israel Museum in Jerusalem.

Israel was also home to the world’s largest discovery of gold coins when divers stumbled onto more than 2,000 antique coins off the city’s coast in 2015.