Gold To Fight Back And Regain Safe Haven Status 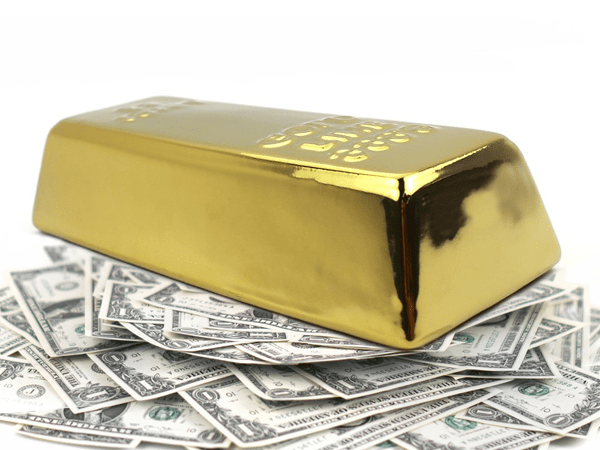 This week, Your News to Know rounds up the latest stories involving gold and the overall economy. Stories include: Gold to fight the dollar for safe-haven status, why bitcoin can’t replace gold, and lower prices lead to pick-up in physical gold demand.

Sprott: Gold will fight back for safe-haven status

Although the dollar’s recent strength has led to investors treating it as the preferred safe-haven, an article on mining.com says the trend could change once markets sober up to the economic reality. In an interview with Bloomberg, Rick Rule, chief executive officer of Sprott U.S. Holdings Inc., took note of the greenback’s propensity to steal some of gold’s luster in recent weeks.

Global investors have responded to trade tensions, unrest in emerging markets, and a Turkish financial crisis by buying dollars instead of gold despite the latter’s unyielding safe-haven status. But Rule thinks that faith in the U.S. dollar and Treasuries could be misplaced.

Rule noted that investors have uncharacteristically focused on the greenback when valuing gold instead of comparing the metal to a basket of other currencies, which would paint a more favorable picture. Furthermore, the CEO expects creditors to eventually realize the dismal state of the U.S. balance sheet.

Recent tax cuts and renewed federal spending have plunged the budget further into the negative, with the Congressional Budget Office predicting a deficit of $1 trillion by 2020. This adds fuel to the fire in a scenario where the U.S. government debt has already surpassed $21 trillion and continues to expand at an alarming rate. Rule, himself a gold investor, sees this as reason enough to stick by his forecast from earlier this year, when he said gold will retrace to $1,400 an ounce.

In a recent note to clients, Morningstar Equity Research dismissed the comparison between gold and bitcoin that investors in the latter are sometimes quick to make. According to Morningstar’s analyst Kristoffer Inton, the digital currency falls short of fulfilling most of the criteria necessary to rival gold’s safe-haven status.

To Inton, the requirements for any asset to get there are as follows: liquidity, functional purpose, scarcity of supply, future demand certainty and permanence. Despite being a physical asset, a recent article on Business Insider shows gold still sees a daily trading volume of around 3% of its known supply. Bitcoin’s trading volume is notably lower, with only 0.5% of all bitcoins in circulation traded on a daily basis.

Gold similarly outperforms bitcoin in terms of functional purpose, as the metal has many uses in medicine, electronics manufacturing and jewelry-making. Bitcoin only exists as a speculative asset, with its function as a currency still limited by merchants’ reluctance to accept it.

Bitcoin’s scarcity is the only trait truly shared with gold, as both assets have a finite supply which boosts their value. Yet bitcoin’s lack of future demand certainty is another major difference from gold, as the latter has successfully preserved wealth across millennia. In contrast, bitcoin’s future within as little as a year’s time remains uncertain.

And while bitcoin does share an imperviousness to erosion similar to gold’s, the lack of certainty surrounding cryptocurrencies detriments from this perk.

Inton rounded up the note by saying that, in the absence of major positive changes to the crypto market, bitcoin will remain uncompetitive when pitted against gold in a sensible portfolio.

Demand for physical gold picks up amid price pullback

According to Kitco, a recent analysis of the gold market showed that buyers in key Asian nations are making full use of the metal’s lower prices. The latest report by Commerzbank said that physical demand in India was already picking up in July and has translated to even higher figures this month, along with an overall increase in buying throughout the continent.

Data from India’s Ministry of Finance supports this, revealing that gold imports to the country rose to 65.6 tons in July, a 20% increase compared to the same month last year.

In the report, Commerzbank attributed the pick-up to average consumers as well as bullion dealers. The latter are taking the opportunity to replenish their stock amid an unusually low gold price in rupees, said the bank.

Traders are also noticing heightened interest, with Afshin Nabavi, head of trading at trading house MKS in Switzerland, pointing to an improvement in physical demand. Nabavi listed a modest increase in premiums as another sign of healthy demand.