Gold to See Significant Gains Due to Safe-Haven Demand 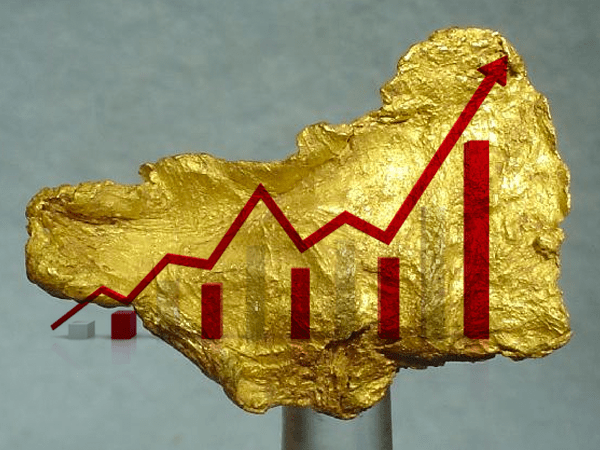 This week, Your News to Know rounds up the latest stories involving gold and the overall economy. Stories include: Safe-haven demand to drive gold prices in 2018, one startup is focused on smooth gold-backed transactions, and the new normal of geopolitical risk likely to boost gold prices in following years.

While markets tend to focus on shifts in rates and foreign exchange when talking gold prices, one bank expects the main price driver for the yellow metal in 2018 to be a different, yet familiar tailwind.

A recent report by Citigroup predicted significant gains for the metal in the coming years, largely due to a build-up of safe-haven demand.

Economic and political crises, as well as military action are some of the global drivers that promise to keep gold ahead starting next year, said Citi analysts in their report. And while some would argue that gold isn’t immune to the same volatility that facilitates a rise in its price, the analysts stated that the metal rallies often enough to remain the go-to investment during times of trouble.

Amid bitcoin hysteria, a startup is looking to introduce gold-backed transactions

Many are focused on bitcoin’s rapid rise, pointing to it and other cryptocurrencies as an ideal substitute for central bank-controlled paper money. But despite its gains, some are seeing more potential with a different asset.

As seen on Quartz, one British company is looking to provide the ease and modernity of bitcoin transactions, but with a much more established asset: gold. It’s been decades since gold was used as backing for the dollar and centuries since bullion was used as payment, yet Glint’s founders believe the time is right to bring a new means of exchange for the yellow metal.

Being as old as money itself and having been used to store wealth since time immemorial, gold transactions via a modern app seems intuitive to risk-averse investors. Glint’s CEO Jason Cozens said that his company aims to reintroduce gold as money, adding that the app’s creation was fueled by paper money’s proneness to debasement and devaluation, as well as gold’s immunity to it.

The Glint app, partnered with MasterCard and Lloyds Bank, woul allow users to buy a portion of a gold bar and exchange the metal, as well as money, with other users. Gold holdings are backed by bullion held in a secure and insured vault in Switzerland, and the app is regulated by the UK’s Financial Conduct Authority. Currently, Glint supports transactions in the British pound, although its CEO plans to add a variety of currencies and expand into Europe and Asia by next year.

According to a report by Citi, the frequency of geopolitical flare-ups might give way to the “new normal” of ongoing heightened risk around the globe.

Considered as the best asset to own during times of crisis, gold has enjoyed numerous momentary spikes in prices as investors flocked to its safety, with the strength of each rally tending to be in proportion with the gravity of the risk.

Now, political uncertainty, economic instability and conflict are all factors that could give gold a significant leg-up over the coming years, as assets like stocks and bonds are sometimes considered too volatile in an environment of high risk.

Stating that the case for gold today is as strong as it has been at any point during the last four decades, Citi’s analysts predict a gradual rise in gold prices that will culminate in sustained periods where the price surpasses $1,400 an ounce by 2020.