Gold Expected to Hit $1,400 Over Dollar and Equity Fears 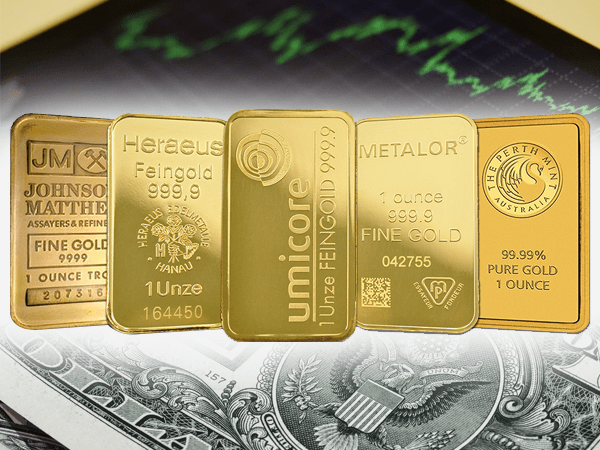 This week, Your News to Know rounds up the latest stories involving gold and the overall economy. Stories include: Gold on its way to $1,400 over dollar and equity fears, why gold and bitcoin can’t be compared, and Ethiopia could be the next great source of gold ore.

Gold is on its way to $1,400 over dollar and equity fears

As investors readied for a reversal in the stock market and a potential upswing in inflation, gold reached $1,365 an ounce last Thursday, hitting its highest mark since August 2016. According to an article on Newsmax, the next big stop for gold rests at $1,400, and either a stock correction or more weakness in the dollar could help it get there.

The greenback slid further after comments made by Treasury Secretary Steven Mnuchin and Commerce Secretary Wilbur Ross at the World Economic Forum. Both endorsed a weak dollar and called it good for U.S. trade, causing the reserve currency to drop to its lowest on the Bloomberg Dollar Spot Index since 2014.

Gold has already seen a 10% increase since the dollar started plunging in mid-December, and bullion holdings in funds grew to their largest since 2013, along with a doubling of net bullish bets by Comex traders. Multiple analysts and traders see the dollar extending its losses and gold continuing on to the next resistance level. Australia & New Zealand Banking Group Ltd. said that the metal will keep its price in the first half of 2018 before moving to $1,400 in the second half, while Stephen Innes, head of trading for Asia Pacific at brokerage Oanda Corp., said that gold could reach $1,400 in the next two months.

Innes added that the dollar could be moving into a cyclical bear market, with nothing but gains expected for gold in the short term. Gavin Wendt, senior resource analyst at MineLife Pty, also said he expects to see a jump to $1,400 this year.

In a recent report, the World Gold Council (WGC) shot down comparisons between gold and bitcoin, stating that, despite appearances, the two have little in common. The WGC’s main critique of digital currencies is that they have yet to prove themselves as a meaningful part of one’s portfolio.

“Gold is a tried and tested effective investment tool in portfolios,” said the report, “it has been a source of returns rivaling that of the stock market over various time horizons; it has performed well during periods of inflation; it has been a highly liquid, established market; and it has acted as an important portfolio diversifier, exemplifying negative correlation to the market during downturns.”

Emphasizing that gold has averaged a yearly return of 10% since the 1970s, the WGC reminded investors that bitcoin posted its gains during the second longest bull market in the S&P 500’s history, one that has seen low volatility.

Having experienced a correction in excess of 40% since mid-December, bitcoin’s volatility is almost as high as that of the VIX itself, making the cryptocurrency attractive primarily to those with high return expectations.

Ethiopia could be the next great source of gold ore

While South Africa gets much of the attention as one of the primary sources of gold ore, an article on The Conversation says another country on the same continent could soon be stealing its luster.

Ethiopia has been a source of gold for at least 6,000 years, having provided a large portion of Ancient Egypt’s renowned wealth. Today, some of Ethiopia’s locals make a living off prospecting, taking advantage of the country’s rich natural deposits. According to research published by Liam Bullock and Owen Morgan, however, the big players in the mining industry could be looking at Ethiopia as the next great source of ore.

Haile Selassie, emperor of Ethiopia from 1930 to 1974, saw the potential for this, but a coup and the ensuing civil war paused the country’s hopes of attracting mining interests for a decade and half. The government started distributing exploration licenses in the early 2000s, and there are several mines currently up and running, such as the Saudi-owned operation in Lega Dembi and Newmont’s recent expansion into Tigray. The Italian exploration of Welega in the 1930s also uncovered the Tulu Kapi gold prospect, containing 48 tons of gold.

But Bullock and Morgan believe that the richest deposits lie in Asosa, a densely-vegetated zone with a history of mining opportunities brought about by intense geological activity. Although Egyptian company ASCOM reportedly discovered 48 tons of gold in Asosa in 2016, no mines have been opened there so far.

Bullock believes that the recent find is only the beginning, stating that the region has been enriched by gold through subduction, the same process that created some of the gold deposits in Indonesia and Papua New Guinea. Once miners can work around governmental restrictions, as well as Asosa’s plentiful wildlife and vegetation, Bullock sees Ethiopia fulfilling its mining potential and securing a spot among the top five suppliers of gold ore in the world.