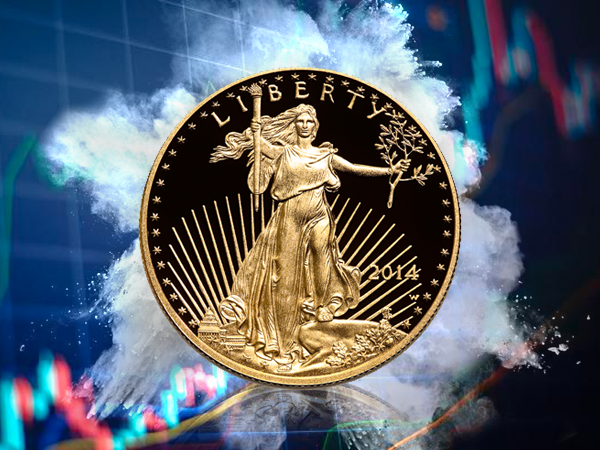 This week, Your News to Know rounds up the latest top stories involving gold and the overall economy. Stories include: Gold is poised to leave stocks behind and find new highs, gold is gearing up towards the $2,000 level, and UN report says $10 billion of precious metals is dumped through electronic waste every year.

Unlike stocks, gold has every reason to continue rising

According to various analysts and experts, gold is the safest long bet one can make right now. This notion is supported by the metal having climbed alongside stocks even prior to the pandemic, showing that investors had plenty of questions about the long-running and overblown equity market.

Now, equities are soaring once again as traders hope that monetary stimulus will translate to corporate earnings and boost the economy in return. Yet, as CEO and chairman of Galaxy Digital Michael Novogratz pointed out, the stimulus has created another bubble in the stock market. More importantly, however, it has opened the road to rampant inflation, which should send gold flying past $1,950 in the not-too-distant future.

Michael Howell, CEO of Crossborder Capital, is even more optimistic when it comes to gold’s prospects, stating that investors should begin viewing the metal as a guaranteed outperformer. Howell predicts that the combination of U.S.’ and China’s central bank stimulus will be enough to propel gold to $2,500 in the next 18 months.

Although it might seem like a massive jump, historical analysis shows that the price target is close to where gold should be right now. In a recently-published research note, Bleakley Advisory Group’s Peter Boockvar said that keeping gold’s 1980 high of $850 in mind places gold’s inflation-adjusted high in 2020 at $2,600.

The latest report by ABN AMRO’s precious metal strategist Georgette Boele highlighted the importance of gold’s recent clearing of the $1,800 level. Although Boele maintains her $1,900 year-end target for the metal, she updated her 2021 forecast for gold to $2,000 from a previous target of $1,800.

“Now the psychological resistance of USD 1,800 per ounce has been surpassed. It seems that investors will only be satisfied if the former peak in gold prices at USD 1,931 per ounce is reached and taken out. Above that the important psychological level of USD 2,000 per ounce is within reach,” she explained.

Boele noted that the flow of institutional money into gold has been such that it has placed the metal at risk of a temporary pullback. Investors should, and are likely, to welcome this as an opportunity to buy the dip due to gold’s exceptionally strong long-term outlook.

Among other things, this outlook rests heavily on the dismal situation with global bonds. Having previously been a safe-haven alternative, sovereign bonds around the world now oscillate between low and negative territory, the latter representing an inconceivable notion not too long ago. Boele, like most other analysts, expects this trend to either persist or worsen as governments continue slicing their interest rates and expanding their deficits. And although the Treasury stands out as one bond that hasn’t yet dipped into negative territory, Boele pointed out that real rates in the U.S. are already there and could fall even lower if inflation expectations materialize.

As various pundits warn that we have passed the point of peak gold output and that new deposits of the metal will be harder and harder to obtain, a massive amount of gold and other precious metals is being thrown into waste every year.

This is happening due to electronics that use precious metals as key components and are manufactured in a fashion that makes repair unfeasible, causing consumers to simply discard the product. The UN refers to this as e-waste, and their newest report shows that 54 million tons of electronic waste was created in 2019, up 21% compared to the previous year.

While there are some efforts to recover the valuable metals in lower-income countries, the overall endeavor is minimal, and 2019’s pile of electronic waste has done away with roughly $10 billion in precious metals. In the report, the UN pointed to the difficulties of obtaining a single gram of gold through standard mining operations and placed much of the blame for these metals going to waste on manufacturers creating products that aren’t built to last.

The UN believes that a globally-coordinated recycling effort could not only help remedy the pollution problem, but also have a tremendous positive impact on various economies. “If [collection and recycling] were better organized, the economies of scale would go up and I think there are opportunities for creating a new economy and new jobs. There would be a huge income for many people,” said UN representative Kees Baldé.