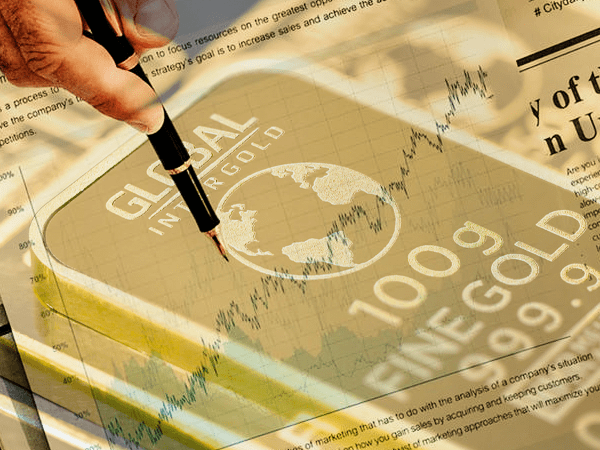 This week, Your News to Know rounds up the latest news involving precious metals and the overall economy. Stories include: Gold to break out of slump and test 2018 highs, silver’s day is coming and you won’t want to miss it, and central banks in Russia, China and India want more gold.

Gold Will Break Out of Slump and Test 2018 Highs

According to Suki Cooper, a precious metals analyst at Standard Chartered, gold is set to end the year on a positive note as the markets slowly come to grips with the change in landscape. In a recent interview with CNBC, Cooper said that gold’s tepid price movement in recent weeks is a result of investors being slow to take cues.

The long-term outlook for the metal, however, remains as optimistic as ever. The Federal Reserve just put an end to a rate-hiking schedule that started in 2015 and might even be looking at a lengthy period of quantitative easing. Cooper thinks the Fed could slowly be bracing for an economic downturn in 2021 and beyond, which would explain why domestic investors have been slow to hit the safe-haven pedal.

Cooper used examples of previous policy reversals to show why gold’s price should test last year’s highs before the end of 2019. “Investor positioning and prices actually were range bound for a short while before they lifted higher say six months later,” she said. “The trend that we’re seeing at the moment isn’t dissimilar to what we’ve seen in the past.”

Cooper sees gold returning to $1,325 an ounce as we enter Q4, bolstered by strong central bank demand across the board. From there, the metal will look to touch 2018’s closing high of $1,362 before the year ends. Cooper’s forecast for gold in 2020 is even more bullish, as the analyst expects the metal to average $1,375 an ounce next year.

Many analysts have taken to the gold/silver ratio as proof that silver prices are long due for a rebound. The ratio continues to linger around historic highs of 85 compared to the recent average of 50-60 or a more distant figure of 15 which was drafted into U.S. law for coinage. For reference, the natural gold/silver ratio in Earth’s crust is between 17 and 19 ounces of silver for every one ounce of gold.

A gold/silver ratio of 60 would place silver’s prices above $21 an ounce, while a more historic figure of 18 would equate to silver prices of around $70. Kitco’s Lobo Tiggre agrees that the height of the current ratio is a good indicator of upcoming price movement, although he points to several curiosities on the chart to take note of. In the past two decades, the ratio has only climbed so high on three separate occasions, and each was followed by massive gains for silver prices.

This time, Tiggre believes the wind in silver’s sails is even stronger. Since 2011, silver prices have been moving lower even as gold gained, widening the gap and hinting towards an even greater recovery given silver’s volatility. Furthermore, both jewelry and manufacturing demand for silver from China are set to intensify from this year onwards, with a special focus on solar panel production.

A perpetual increase in solar panel demand has diminished manufacturers’ cost-cutting prospects, as they’ll soon have little choice but to ramp up their silver purchases. Over the next few years, this will combine with rapid depletion of silver’s above-ground supply and dwindling mine production to form a price comeback that has Tiggre very much excited to buy silver at current price premiums.

The combined 651.5 tons of gold that central banks around the world bought in 2018 more than doubled some early-year forecasts. It also made experts wonder if bullion purchases from the official sector are on track to surpass 700 tons this year, reports Newsmax.

Russia once again solidified its top position on the chart with a total of 274 tons of gold bought last year. The renewed interest that several nations have shown since the turn of 2019, however, suggests that Russia’s gold purchases could have some competition this year.

According to Newsmax, starting in December, China charted course for a bullion-buying spree that has seen the PBOC add roughly 10 tons of gold to its stockpile every month. Similarly, India expanded its reserves by around 42 tons in 2018 after a lengthy absence from the market, and the RBI has continued purchases into January and February. Howie Lee, an economist at Oversea-Chinese Banking Corp, believes India could increase its gold reserves by an additional 46 tons by the end of 2019.

Similarly to Russia, analysts agree that diversification away from the dollar has been a primary driver behind both China and India’s purchases. According to the article, the PBOC is opting to hoard gold during a time of tense trade talks with the U.S. that could have major implications for the global economy. President Trump announced in March that he plans to end certain key trade preferences for India, which comes after the RBI already stated its intent to diversify with gold in 2019 and beyond. For India, a relatively low gold allocation could be another motive to bolster purchases, as the nation holds only 6.4% of its reserves in gold compared to Germany’s 70%.

Lee is among the experts who think that central banks, as a whole, have been spurred to buy gold amid rising geopolitical strife and global macroeconomic uncertainty. Both the volume of last year’s purchases and the re-entry of several nations to the market support this notion. Goldman Sachs’ analysts agree that central bank purchases are on track to beat last year’s figure, adding that gold prices should be supported by continued acquisitions from emerging-market economies.