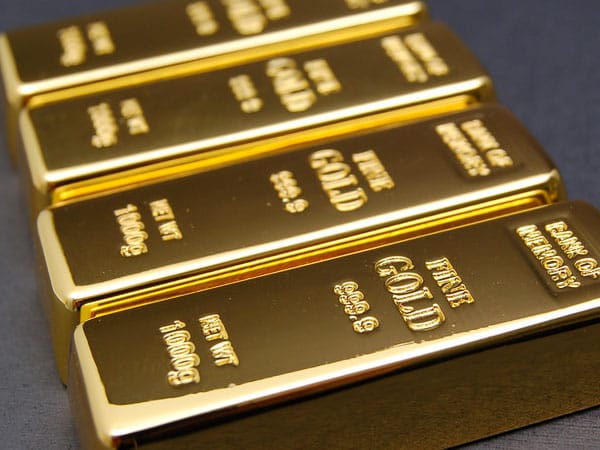 This week, Your News to Know brings you the latest news involving gold and the overall economy. Stories include: Give gold some time and it will start trading like a haven asset again, using gold as a strategic asset, and a bull market in gold is emerging.

Trader: Give gold some time and it will start trading like a haven asset again

Mike Dudas, partner at Vertical Research, says that gold will reestablish its inverse correlation with stocks as volatility returns. The Cboe Volatility Index recently spiked to its highest point since 2011 after hitting all-time lows three months ago, and Dudas thinks wild swings of this nature will become commonplace.

“As things settle down and we get much more volatility in the marketplace, I think gold is going to find a bid,” he said. “With the advent of the short-vol trade being busted, more equity volatility, bond markets moving higher with inflation expectations increasing, I think that’s very important.”

Dudas sees gold recapturing $1,355 an ounce in the near term, maintaining his prediction that the metal will reach $1,400 by year’s end.

Gold as a strategic asset

According to allaboutalpha.com, in the World Gold Council’s latest study, the yellow metal has once again asserted itself as the premier diversification asset.

The analysis pitted gold against other assets and U.S. cash over three periods: 10 year, 20 year and the period since 1971. The  47-year stretch is especially important, since 1971 was the year when the dollar was untethered from gold, and it is during this timeframe that the metal stands out the most.

Over the longest period, gold outperformed all assets except U.S. and EAFE stocks, with a major advantage over U.S. cash and U.S. bond aggregates. Although there are other assets touted as diversification, each of them is prone to panic selling during times of crisis alongside risk assets, as seen during the 2008-2009 crash when gold emerged as the go-to safe haven.

Gold’s performance over the last 47 years shows that, besides just preserving capital, the metal can generate substantial returns. Increasing its appeal further is the well-known scarcity fueled by a finite supply, as well as the spread-out nature of mining operations, which shields gold from geopolitical tensions.

The WGC also noted that gold is an asset with impressive liquidity and depth. With $150 billion to $220 billion traded daily, the volume of the gold market outpaces the S&P 500, the euro-yen trade and U.K. gilts. And with reserves of bullion held by investors and central banks rounding up to $2.9 trillion, there is never any shortage of depth in the market.

Few assets can boast of attracting as varied of an interest as gold, which helps establish its role as a hedge. Although jewelry demand makes up for over half of the market share, the rest is spread out evenly among individual investors who buy bars and coins, central banks and manufacturers of high-end electronics.

Given these factors, the WGC’s verdict is straightforward: gold is a strategic asset whose ability to improve the performance of a portfolio cannot be overstated.

A plunging U.S. dollar has set the stage for a new bull market in gold

As seen on TheStreet, gold has recovered its recent losses and regained forward momentum on the back of several factors. These include a weaker dollar, stronger than expected inflation and disappointing retail sales numbers.

Although the metal has yet to officially break its short-term bearish pattern by reaching $1,354 an ounce, multiple analysts feel that this is just a formality and that gold will capture more significant levels in the near future.

Darin Newsom, senior technical analyst at DTN, says that gold’s momentum will break this pattern shortly, with the January high of $1,365 as the next level to watch.

“Long-term gold’s technical haven’t changed. The market continues to make higher highs and higher lows and is very clearly in an uptrend,” he said. “We take out $1,365 then this market ultimately wants to go higher.”

Fawad Razaqzada, technical analyst at City Index, also isn’t paying much attention to gold’s recent pattern. He points out that, during each dip, gold prices held onto key retracement levels, which shows that buyers are in control of the market and that prices want to move up.

The long-term picture shows that gold continues to make higher highs, having risen steadily for three consecutive years. Should prices move past the 1.5-year high captured in January, Razaqzada’s next target for gold is the 2016 high of $1,377.

Bill Baruch, president of Blue Line Futures, points to the U.S. dollar index as one of the main indicators of how far gold will go in the short term. The greenback’s recent inability to hold above the critical level of 90 has boosted gold prices and suggests more bullish movement is coming.

Baruch also points to silver as a decent alternative for investors who feel they missed gold’s latest push, saying that the former is undervalued and has a lot of potential.