Home » Blog » What Investors Get Wrong About Gold’s True Value

What Investors Get Wrong About Gold’s True Value 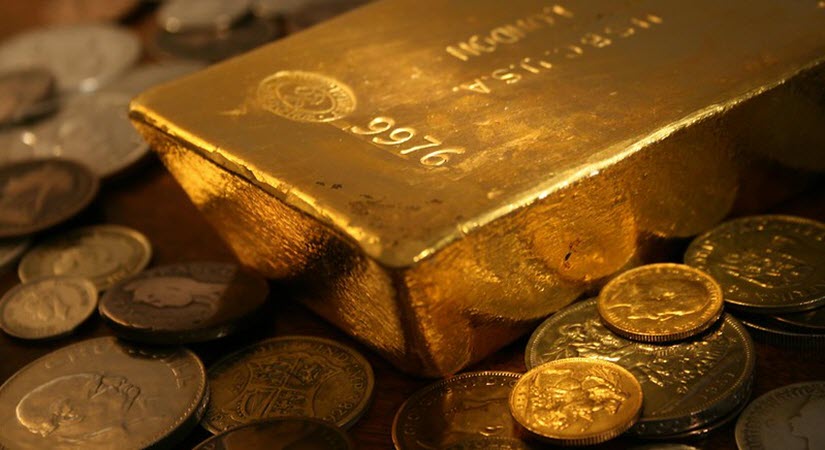 This week, Your News to Know rounds up the latest top stories involving gold and the overall economy. Stories include: Investors may have been underpricing gold’s investment value for decades; rates and inflation are working in gold’s favor, a look into the valuation of gold, and world mints report soaring gold and silver bullion sales.

Have investors been mispricing gold’s value as an investment?

In his new research paper, Wharton finance and economics professor Urban Jermann proposed that investors and market participants have been misinterpreting the true value of gold as an investment asset. In particular, more attention should be paid to the jewelry sector and how it reacts to changes in gold price.

Jermann makes a case that the jewelry sector is perhaps gold’s primary source of utility. (Arguably, electronics and other industrial demand contribute as well, but only 1/6 as much.) The strength and global popularity of the jewelry sector, he argues, is what separates gold from other investments. Consider bonds, another traditional safe-haven investment. Bonds are inversely correlated with stocks and rises in interest rates. Crucially, Jermann points out, these correlations don’t necessarily have a floor. In other words, we can envision a scenario where interest rates climb so rapidly that bonds essentially go to zero.

On the other hand, gold will always bottom out well before it approaches zero, simply due to the number of people interested in gold jewelry. In 2021, jewelry consumed twice as much gold as gold coins and bars for investment. Jermann’s insight is that gold has an underappreciated source of demand that’s loyal and unlikely to change allegiance to some other precious metal. While investors might ponder the potential benefits of silver or platinum over gold, what of the bride? The husband purchasing an anniversary gift? About 1/3 of the world’s gold jewelry sold in 2021 went to newly-married brides in India, as part of their ancient wedding rituals. Are Hindu cultural practices likely to change based on gold’s price?

Gold is unique as an asset class, according to Jermann’s thinking, in that it can never truly go to zero. (We’ve seen all too well that this isn’t the case with paper assets, whether they’re Venezuela government bonds or shares of companies like Enron.)

Jermann also thinks it’s a mistake to tightly link gold’s price to inflation, especially in the short-term. Rather, it’s an asset one can count on to prevent wealth erosion over lengthy periods of time. This wealth preservation becomes ever more prominent as a nation’s inflation runs higher.

Essentially, Jermann makes an extremely compelling case that gold price forecasts are often misguided. Gold’s correlation with interest rates is much less clear than the bonds/interest rate link. When interest rates fall, the correlation is strong and gold jumps in accordance. When rates rise, the correlation weakens – because there are gold buyers on every corner, eager to snatch up a bargain price on a gold ring or gold chain or gold watch. Their purchases form a safety net that keeps gold from falling very far or very fast.

Global demand, rate outlook and inflation all poised to keep gold in the forefront: Van Eck

If inflation remains elevated for several years, the financial system will not return to normal for an extended period, creating an environment where gold will shine.

January was a particularly rough month for gold in terms of surrounding factors, however gold’s price shrugged them off. Alongside a surprisingly strong dollar, gold was held back by what one might call extreme pricing-in of rate hikes. Having initially priced in a hike by May and 77 basis-points by the end of the year, markets later moved on to anticipate as many as seven rate hikes and a 100-basis-point increase the end of 2022.

Anticipation of the end of a zero interest-rate environment caused the U.S. dollar to climb alongside 10-year Treasury yields. In fact, Treasury yields broke 2% for the first time in two years. Remember, though, all this happened on anticipation. Many observers are dubious that even a single hike will materialize. There are many questions about the damage a tightening cycle could inflict on the economy and especially the stock market. Despite all of this, gold ended the month just short of $1,800, having hit a monthly high of $1,853 on January 25.

Van Eck’s managers note that “paper gold” funds have been the only sector where gold demand hasn’t skyrocketed, a trend that looks ready to reverse. On January 21, the largest gold fund recorded its biggest inflow in history, amounting to $1.63 billion. Paper gold funds are often used by institutional investors as a hedge against inflation and stock market declines, so a historic movement in this direction indicates pessimism on Wall Street about the short-term future.

Institutional investors aren’t alone. As the World Gold Council points out, everyone else has already been loading up on gold. Jewelry, bars and coins, and manufacturing all saw demand figures reach multi-year highs. Here are the highlights:

The World Gold Council had some interesting notes on investment demand:

Bar and coin demand stands in stark contrast to the outflows in the bullion ETFs. Each is driven by different types of investors. Coin demand represents mainly retail investors, while bar demand reflects high-net worth investors. These investors are closer to “Main Street,” where inflation and pandemic-related risks are front and center. Bullion ETFs are dominated by institutional investors who are closer to “Wall Street,” where gold is weighed against myriad investment choices that have gained prominence.

Based on all this demand news, it looks like the whole world is bracing for an inflationary future where stock market and bond returns don’t compensate for investors’ risks.

Which begs the question: What will the tightening cycle look like? Foster and Casanova have some ideas. If the Federal Reserve actually raises interest rates steeply enough to fight 7.5% year-over-year inflation, stocks will be in for a rude awakening. The markets have not only been propped up, but also distorted by quantitative easing (QE). QE was the only thing keeping the S&P 500 Index from keeling over last year, as it fell by 37% the last time real (after-inflation) interest rates were this low, in 1974. And the last time inflation was this severe, Paul Volcker’s Federal Reserve pushed interest rates as high as 20% before finally, over the course of several years, cutting inflation below 3%.

Supply shortages, like inflation, look to be another lengthy fixture. Record port blockages, depleting inventories and projections that the rate of cost increases for base supplies will double this year all paint a clear picture. Van Eck’s team is somewhat optimistic by not expecting inflation to dip into the double-digit range, yet its current elevated state should be more than enough to keep gold in the forefront for years to come.

High bullion sales figures from the U.S. Mint appear to have become a mainstay. In January, the Mint sold 5 million ounces of silver, the strongest January sales figure in five years and a 4.6% year-on-year increase in coin sales.

Nicky Shiels, precious metals strategist at MKS PAMP, said his firm took note of silver coin premiums climbing to as high as $8 an ounce. Record sales when premiums are 30%+ over spot highlight how strong and persistent demand for bullion has been. (And how prevalent concerns are among investors.)

The U.S. Mint sold 181,500 ounces of gold during the same period, and other mints aren’t lagging behind. The Royal Mint saw a 92% year-on-year increase in Q4 international sales, with U.S. being the Mint’s fastest-growing foreign market. Among American customers, the 1 ounce Britannia gold coin stood out as the most popular choice.

Similarly, Perth Mint posted its second-highest annual sales figure for silver products in January with a total of 2,387,165 ounces. The Mint said that the figure was bolstered by buyers around the world, many of whom were interested in the new Australian koala silver bullion coin series and the 1 kilo Lunar Tiger coins.