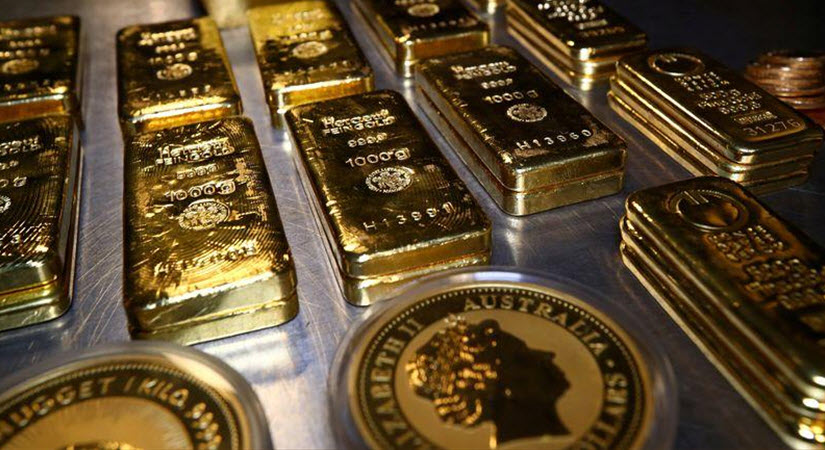 This week, Your News to Know rounds up the latest top stories involving gold and the overall economy. Stories include: Precious metals as the ultimate insurance, bullion is in short supply, and Hungary loads up on gold bullion once again.

Gold and other precious metals are the ultimate insurance

Like most precious metals experts, Robert Hartmann believes that a long-term outlook is the best perspective an investor can have, and the longer the better. While last year’s crisis was unprecedented, the past decades and centuries are all marked by a few recurring themes. These include bad government decisions, fiscal or political, a constant loss of purchasing power and inflated asset prices.

Speaking to Eurasia Review‘s Claudio Grass, Hartmann was quite clear on his opinion:

The failure to include precious metals in one’s portfolio is pure negligence.

Hartmann, whose firm advises a 5%-20% exposure to gold and silver to clients, does so with the knowledge that these assets are among the very few that can truly count as insurance against any scenario.

Hartmann isn’t just talking about portfolio managers and seasoned investors, but also ordinary savers who trust their nest eggs will amount to future security, regardless of what happens in the world. This point rings especially loud at a time when intraday trading, speculation on options and short-term price movements have become a hobby for an army of amateur day-traders with zero exposure to finance.

While stocks soar on fumes, Hartmann notes that gold has corrected 20% from its August high despite fundamentals growing stronger by the day. This should capture the attention of the value-minded saver who follows the Warren Buffet aphorism about prices:

If you plan to eat hamburgers throughout your life and are not a cattle producer, should you wish for higher or lower prices for beef? Many investors get this one wrong. Even though they are going to be net buyers of stocks for many years to come, they are elated when stock prices rise and depressed when they fall. In effect, they rejoice because prices have risen for the “hamburgers” they will soon be buying. This reaction makes no sense.

Meanwhile, all other prices, from consumer goods to stocks, have been rising. The loss of purchasing power is already on full display. Some still wonder if and when inflation will hit. Stock market valuations seem intrinsically tied to monetary expansion and boosted by quantitative easing. In other words, the capital has simply lost value at an exceedingly rapid pace.

Cryptocurrencies aside, precious metals remain the best-performing asset class over the past 20 years. It makes for an interesting note for an asset that has, until recently, been considered a static afterthought in most savings plans. Of course physical precious metals grow in value while the measuring stick (in this case the U.S. dollar) steadily shrinks.

Where is the bullion? Mints around the world are facing delivery issues

As seen on Numismatic News, government mints are experiencing bullion supply issues. Savvy readers may be reminded of last year’s Comex shortage and the scramble to cover New York’s contracts with bullion. The U.S. Mint finds itself in a Catch-22: limited by federal law from purchasing precious metals above spot price on the one hand, and required by federal law to maintain public access to its products. (This is indeed a genuine conundrum, and just one of many inefficiencies bureaucracies inflict on free markets.)

Then there is the case of Australia’s Perth Mint. Its certificate program offers a storage solution whereby the bullion someone owns isn’t crafted until it is requested for delivery, at which point a fee is charged. (The idea is basically to pay today for a future delivery of physical metal.) However, the recent public desire to get their hands on tangible precious metals seems to have caused a considerable backlog. Like late 2008 when silver demand peaked, Perth Mint is running a minimum four-month backlog on deliveries. Interestingly, Perth Mint is one of the suppliers of silver blanks for the U.S. Mint’s silver American eagle coins. Therefore, any backlog Perth Mint experiences is likely to affect the U.S. Mint’s production volume, as well.

Then there is the case of Mexico’s Banco Azteca, which sells around 50,000 1-ounce silver Libertad bullion coins monthly that are obtained from the Mexican Mint. According to a source within the bank, the Mexican Mint has recently stopped selling its silver coins to Banco Azteca, most likely due to material shortage.

It seems obvious that these cases are the result of investors wanting more bullion than they have in a while, and in tangible form too, and have caught the mints unprepared. Whether the world’s mints are able to rise to the challenge by expanding their production capacities to fill the world’s nigh-insatiable demand for precious metal bullion and coins, we don’t know. All we can say with confidence is that today’s demand for physical precious metals has far outstripped our sources of supply.

When central banks around the world bought 650 tons of gold bullion in 2018 and 2019 each, more than double the annual figures of previous years, it made for some pretty big news. Central bank purchases were no longer mostly related to countries with blatant economic issues, and it became clear that governments around the world were looking to have formidable gold stockpiles of their own.

Last year, central banks turned to selling for obvious reasons. Yet purchases from the official sector were still present throughout the year. According to a report by the World Gold Council, central banks might become consistent net buyers again, and in short order. February’s report showed that India’s purchases ranked highest among all central banks at 11.2 tons.

India’s entry into the gold market two years ago came after a lengthy absence, and the strength of their purchases in February might give way to some speculation. The real head-turner, however, came on Wednesday as Hungary issued a press release stating they’d tripled gold reserves from 31.5 tons to 94.5 tons.

Instead of the often-cited reason of diversifying reserves, however, the central bank was quite vocal about global economic issues and gold’s importance:

The appearance of global spikes in government debts or inflation concerns further increase the importance of gold in national strategy as a safe-haven asset and as a store of value. [emphasis added]

It looks like Nemzeti Bank buys gold for exactly the same reasons as individual savers. In another move reminiscent of individual savers, back in 2018 Hungary brought its gold reserves home London-based vaults.

Just to put things in perspective, Hungary’s move will bring its total gold stockpile in line with Romania’s. The two nations are comparable in terms of GDP.

With Poland stating that it plans to acquire at least 100 more tons of gold to add to its 229-ton reserve, WGC senior analyst Krishan Gopaul said that he expects the official sector net-buying trend to continue.

And if that indeed proves to be the case, the already-crowded bullion market will have another major source of demand.