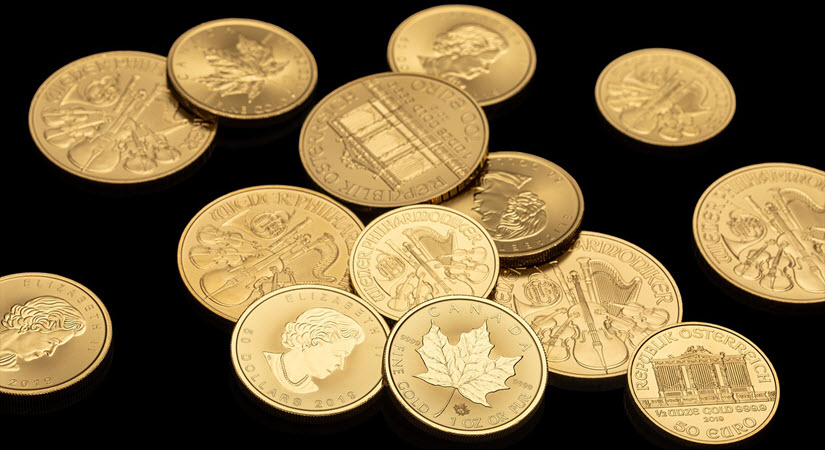 This week, Your News to Know rounds up the latest top stories involving gold and the overall economy. Stories include: Gold’s path to $2,000 is open, falling Treasury yields are a major tailwind for gold, and gold, silver and platinum all make for good investments in the current climate.

Even though gold met many bullish expectations last week by consistently closing above $1,800, Goldman Sachs analyst Mikhail Sprogis thinks the move could be the start of a much larger uptrend. Sprogis, who had already called for $2,000 gold in a previous note, stuck to his forecast and said that gold is well-positioned regardless of which direction stock markets are headed.

As of right now, Sprogis said that gold is being pressured by what is likely excessive optimism, with investors buying into stocks and betting on a strong global economic recovery. If inflation expectations remain mitigated as they have been after the latest Federal Reserve meeting, Sprogis says that gold is scheduled to move up gradually with subdued real interest rates and a rise in emerging market wealth.

Gold’s price rise could be much quicker and stronger if the global economy disappoints or if “transitory” inflation emerges as a bigger threat than is currently believed. In this scenario, Sprogis said prices will be supported further by gold’s current undervaluing and relatively low portfolio allocation among the majority of investors.

A key thing to look out for, according to Sprogis, is the correlation between gold and real (inflation-adjusted) interest rates. Sprogis asserts gold’s current price is consistent with a real rate of 0.1% instead of the actual -0.87%.

This makes gold a bargain purchase, especially since many analysts doubt that real rates can post any kind of good showing in the near future.

The Treasury, despite its historically low showings, has stood out over the last few years as one of the few sovereign bonds that haven’t dipped into low or negative territory. The recent Federal Reserve meeting, however, plunged Treasury yields even further amid expectations of a reduction in asset purchases, via Kitco.

The downfall of the global bond market has been a major boon for gold, as bonds were traditionally seen as a hedge against stock volatility and therefore gold’s primary safe-haven competitor. Any fall in bonds supports gold prices, and minutes from the Fed meeting dropped the 10-year Treasury’s yield to 1.315% and the 30-year Treasury’s to 1.936%, the latter now at its lowest level since February.

This could spur portfolio managers to more eagerly reassess modern portfolio theory and turn to gold as an alternative hedging solution. Besides wanting to lower their asset purchases which currently amount to $120 billion a month, the Fed also mixed an optimistic inflation stance with cautions that supply-chain disruptions could cause significant price spikes well into next year.

Gold is likewise looking good from a technical perspective, as its 50-day moving average recently crossed above the 200-day moving average. This, together with the weakness of gold’s immediate correction, suggests that the markets are once again bullish on the metal’s prospects moving forward.

Speaking to Economic Times, veteran investor Marc Faber shared his views on the state of the global market and what makes for a good investment. Faber pointed to the stock market, which is currently at its second-highest valuation ever, as an example of the “everything bubble” brought on by central banks.

Faber said that, despite a reduction in inflation concerns, it’s difficult to ignore the sheer amount of money printing that has been going on month after month. This has inflated the prices of virtually every asset class (from stocks and residential homes to cryptocurrencies and the rare whiskey index) and disrupted the global economy. Interest rate suppression and various other central bank malpractices continue to fuel the bubble.

While a known commodity proponent, Faber says not all commodities are wise shelters for money right now. He points to lumber’s 50% correction and the chance of copper losing industrial demand as some examples.

On the other hand, Faber doesn’t see much risk in either gold, silver or platinum. Each of the metals has performed consistently over the past 10 to 20 years in contrast to various other asset classes that have had huge swings. Furthermore, Faber believes that the current monetary environment where central banks manipulate the markets to their own ends makes physical precious metals an especially prudent and relatively low-risk asset class for every investor to own.