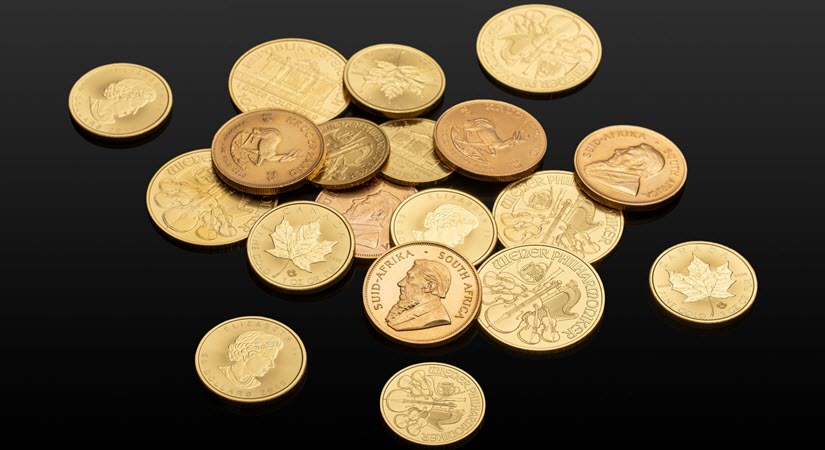 This week, Your News to Know rounds up the latest top stories involving gold and the overall economy. Stories include: Bond yields are telling us gold should climb another 10%, consumer demand for gold is returning, and gold buying continues as some concerns ease.

Bond yields are telling us gold should sit at $2,000

A recent analysis by Credit Suisse suggests that gold’s price is quite a ways off from where it should be,. According to the bank’s analysts, gold’s current fair value is around $1,914 (compared to gold’s spot price of $1,830 at time of publication) when taking into account market conditions. Specifically, analysts pointed to the recent drop in the U.S. dollar index.

Further, gold has yet to truly react to new lows in “real” (after-inflation) interest rates along with falling Treasury yields. For example, on Tuesday, after-inflation yields on the 10-year Treasury bonds fell to -1.12%. Even worse, inflation-linked bonds are now trading at all-time lows.

Last year, when after-inflation interest rates were this low, gold was trading at $2,000 an ounce.

Like many analysts, Credit Suisse’s team finds gold exceptionally sensitive to the Federal Reserve’s comments and overall stance. This could prove decidedly beneficial, as the bank doesn’t believe that the Fed will abandon its accommodative policy anytime soon, and that dovish statements by the Fed could be the spring to launch gold upwards. Despite these tailwinds, the bank said that one of the key factors in the metal’s ongoing strength has been its reliability as a hedge against an alarming number of risks.

Regardless of the current macroeconomic situation, this report reminded readers that gold “remains an attractive portfolio diversifier against extreme global leverage.” Of course, gold’s role as an “alternative” asset inversely correlated with stocks can add diversification benefits for investors in any market environment.

With the crisis severely weakening consumer demand in important regions, a return to the status quo was seen as one factor to push gold back to its all-time high, and perhaps onward. As the recently-released data from the World Gold Council (WGC) shows, a global economic recovery has combined with insatiable demand from the investment sector. These factors suggest that gold supply might be getting even more squeezed. Such a “perfect storm” of demand has the potential to cause further disruptions in supplies, like we saw at the beginning of 2021.

Rising demand for a fixed supply of goods is a recipe for higher prices.

In the second quarter, demand for physical gold was strong from all sectors, starting with retail investors. Buyers of gold coins and bullion bars purchased 243.8 tons of gold in March, April and May. That marks the greatest demand from the sector since 2013, a 56% increase year-over-year and the fourth consecutive quarter of year-on-year gains. Even when mints and refiners around the world run low on stock, retail investors have accelerated their buying.

Even the technology sector’s demand is growing with an 18% year-over-year increase, representing 80 tons of gold purchased in the second quarter.

Central banks bought 333 tons of gold in the second quarter, nearly tripling their demand year over year. Even if we consider 2020 an outlier, this number is 39% over the five-year average.

For the rest of the year, the WGC expects gold jewelry demand to continue rising to an average of 1,600-1,800 tons. Investment demand during the same period is estimated between 1,250-1,400 tons, in line with the 10-year average. The WGC also expects central banks to remain net buyers for the rest of the year, along with ongoing improvements in the consumer sphere.

Gold supply is up only 13%. If the WGC’s predictions are correct, and the jewelry and technology sectors continue their post-pandemic recovery, we may face a supply squeeze in the not-too-distant future.

Is the pandemic over? Not according to gold…

While some might say that the crisis is dwindling, investors around the world seem unconvinced, as columnist Simon Constable reported in Forbes.

The WGC’s data shows that investors bought 465 tons of gold in the first six months of the year, or close to 15 million ounces. Juan Carlos Artigas, the WGC’s head of research, said that while the view of risk isn’t as high as it was a year ago, investors have stuck to their long positions.

According to Artigas, the ongoing interest in gold is intrinsically tied to inflationary concerns, with a growing number of investors doubting claims that decades-high inflation will prove to be a short-term problem.

Even more important are worries over broad currency debasement that have been sparked when governments around the world began unleashing multi-trillion stimulus packages and haven’t reined in their policies since.

Interestingly, it seems that investors and institutions are turning away from “paper gold.” The SPDR Gold Shares ETF (GLD) sold off 129 tons of bullion. That even massive outflows from paper gold funds still haven’t put a significant dent in net gold buying bodes extremely well for gold’s long-term price.