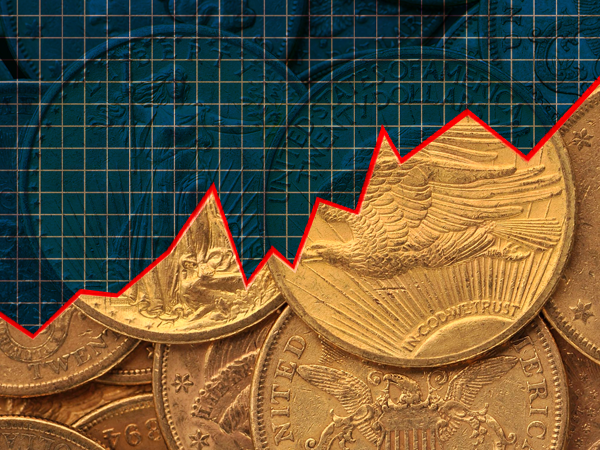 There has been much speculation lately on the Federal Reserve and its ongoing tightening policy. If you were to only read mainstream economic news you would think the Fed had already reversed course and “capitulated”, but this is not the case. The Fed continues to hold interest rates at their neutral rate of inflation while also moving forward with asset dumps from their balance sheet. Nothing has changed since December/January when the Fed first made minor changes to its public statements hinting at “accommodation”.

By leaving such wording completely ambiguous and refraining from any specifics, the central bank has allowed the media and the investment world to assume that the phrase changes can mean whatever they want the changes to mean. In other words, the Fed has bamboozled the mainstream into projecting their own fantasy outcome. Meaning, they believe that the outcome they desperately want (near zero interest rates and QE4) is the outcome they are going to get. Not only that, but they also think they are going to get it all very soon.

In the alternative economic media, I have noticed that there is also a presumption that the Fed will revert back to stimulus measures at any given moment. In fact, I have heard predictions of Fed rate cuts every month for at least the past seven months. And, each time the Fed doesn’t cut rates, the same analysts argue that “this time was close and next month is certain.”

To be fair, many analysts are basing their assumptions partly on the current financial reality. They are aware of factors that the average person is mostly oblivious to. Even now in the wake of swift declines in almost every sector of the economy there are still economists and portions of the public arguing that we are in the midst of an economic renaissance. Those people predicting a Fed rate cut in the near term know better.

They see major indicators like the housing market suffering from a 7.8% overall drop in sales and an 8.1% drop in prices.

They see auto market sales at the slowest pace in four years as interest rates rise on auto loans.

They see historic levels of consumer debt and corporate debt. They see massive retail closures (more than 7100 closures announced so far this year), a grinding halt to shipping and freight, seven-year lows in Global manufacturing PMI, the weakest U.S. manufacturing PMI since 2009, and a three month running inversion in the treasury yield curve, etc.

All of these factors signal a violent drop in global and U.S. demand, while the squeeze in dollar denominated assets globally signals that the Fed is indeed tightening liquidity as it said it was doing. Only a fool or a liar would argue in the face of these facts that the economy is in “recovery”. We are in a recessionary crash right now.

In a world without agendas, the Fed would have openly admitted that all of this is going on and that they created this mess through ten years of unprecedented inflationary measures followed by rate hikes and policy tightening into ongoing economic weakness. Then again, in a world without agendas the Federal Reserve would not exist.

As Jerome Powell recently reiterated in his statements to the Council On Foreign Relations, the Fed continues to make false claims that U.S. economic growth remains “strong”, and that while they will be watching for “crosscurrents” (and blaming the trade war for the economic stagnation they created), they do not intend to let “short term swings in sentiment” push them into any policy changes to the Fed funds rate.

Translation: The Fed is not going to stop policy tightening until the crash has hit its peak. This is a classic central bank modus operandi. The Fed’s last policy statements indicate no rate cuts until well into the year 2020.

I have written extensively in past articles on exactly why the Fed will not admit that a financial crash is happening right now, and why they will continue to tighten liquidity until the crash becomes obvious to the general public. To summarize, the Fed is an economic exsanguination machine; they create bubbles deliberately, and then they crash them deliberately so that their international banking counterparts can bleed the public of ever more wealth. They also consolidate control over hard assets and centralize political governance during these periods of engineered crisis.

This is what the rate cut and stimulus crowd does not understand – they think the Fed’s motives are limited to self-preservation. They think the Fed will act to prop up the U.S. economy at all costs with whatever duct tape and false hope and quantitative easing (QE) they can muster, but this is not always the Fed’s agenda. The Fed is a saboteur, not a fix-it man. The Fed wants a crash, but it wants the timing of the crash to occur at the most opportunistic moment.

Another reason I believe the rate cut crowd remains insistent of a near term end to all Fed tightening is that many of them are hedging into gold. Again, this is smart, but it is important not to be blinded by bias in the hopes of profit. The assumption here being that the Fed needs to reintroduce QE before gold prices spike again. This is not necessary for gold valuations to rise, though.

In fact, gold will rise in the near term whether the Fed cuts rates and ends tightening or not. As a point of reference, consider gold’s price history in tandem with the history of the Fed funds rate. In 2006 gold prices began an exponential rise and nearly doubled; at the same time the Fed was raising interest rates above 5%. Gold prices spiked despite higher rates and Fed tightening.

When the crash occurred in 2008 and as the Fed dropped rates to near zero, gold prices did decline for a time, and then the epic spike returned. So, to be clear, analysts hoping that the Fed will cut rates and cause a price rally in gold should stop. The current economic turmoil will accelerate and gold will rally even if the Fed does not cut rates soon. It’s not an either/or scenario. And, to be clear, financial conditions today are far worse than they were in 2007/2008.

Add to this the incredible gold stockpiling trend among foreign central banks in Russia, China, India, etc., and there is an obvious build-up to a gold market rally no matter what the Fed does. Ultimately, analysts should try not to ignore evidence of the Fed’s policy tightening and sabotage just because they want gold prices to jump.

The current market environment hangs by a thin thread of false perception. This perception is reliant on the notion that the Fed stands ready to save markets, but what if the Fed has no intention of doing this? When the public realizes the Fed’s accommodation will not be as immediate as they imagined, everything will change.

Stock market junkies and ticker trackers are oblivious to what is happening; their attention spans are short and they will argue that everything is fine because stocks are at all-time highs, but the facts say otherwise. The stock market is a trailing indicator of economic health, not a predictive indicator. Stocks always fall after a crash has already overrun the rest of the economy. In the meantime, gold remains a solid bet for those who educate themselves on the reality of the existing crisis and are seeking to protect their wealth in the long run.