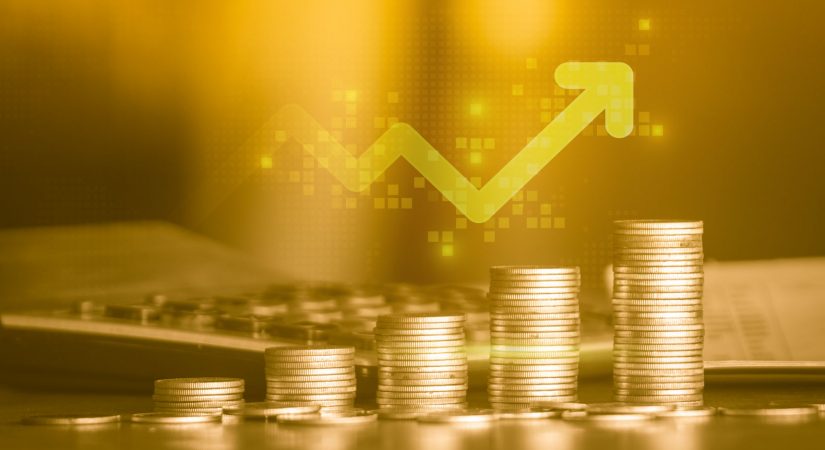 This week, Your News to Know rounds up the latest top stories involving gold and the overall economy. Stories include: Gold prices remain on track to $2,100, the latest drop in precious metals could be a narrow buying opportunity, and Idaho hikers and historians are making their way towards a famous gold mine.

Bloomberg analysts: Gold on track to $2,100 next year without much risk

As evidenced by their December outlook for precious metals, Bloomberg’s team of analysts doesn’t place too much significance on gold’s occasional price drops, like the one seen last week. The metal had briefly dipped below $1,800 before returning to its narrow trading range, hitting a high of $1,846 during Friday’s trading session.

The team, helmed by senior commodity strategist Mike McGlone, believes dips like these are only likely to attract buyers in what is shaping up to be the next leg of a sustained bull market. Like many experts, McGlone and his team think gold’s uptrend began in 2015 with the Federal Reserve’s first hike, and their technical charts include the latest dip below $1,800 as part of an upwards course that should have the metal hitting $2,100 sometime next year.

As McGlone pointed out, perhaps the most important factor in gold’s current run is that it doesn’t have much in terms of risk. For gold to drop below its current trading range and stay there for a prolonged period of time, McGlone notes that either a reversal of the mounting debt or a cessation of quantitative easing (QE) would have to be necessary. With politicians seemingly having abandoned the idea of tackling the debt issue and central banks looking at more historic stimulus, both scenarios seem very far-fetched.

“The metal may be less supported by rising stock-market volatility as in 2018-20, but seemingly unstoppable trends in negatively yielding debt, quantitative easing (QE) and rising debt-to-GDP provide firm foundations for the store of value,” said McGlone. “The unlikeness of reversing these pre-pandemic trends should limit price pullbacks in the metal.”

In a recent forecast, Bank of America seemed willing to ride the recent wave of optimism, which includes expectations of an economic recovery due to the lifting of restrictions and relief provided to business owners. Their analysts believe that gold might have difficulty making its way to $3,000, but should have no trouble moving past $2,000 in a continuation of its current wave. The bank is more bullish on silver, with expectations that the metal will outperform gold due to President-elect Joe Biden’s push towards green infrastructure and a post-pandemic industrial recovery.

Yet Stock Investor contributor Paul Dykewicz, like many other experts, wonders if the optimism behind the latest sell-off in gold might be a bout of rash sentiment. Rich Checkan, president of Asset Strategies International, notes that not much has changed in regards to the pandemic, and there are just as many indicators suggesting that the optimism is a questionable affair.

With Biden and numerous governors endorsing the continuation of lockdowns, Checkan expects the U.S. economy to take yet another massive hit despite an unemployment rate that currently sits at 6.9%, around double than pre-crisis levels. To any eager sellers, Checkan points out that gold’s exceptional fundamentals are firmly in place. Given this, he believes the 10-year bull market in gold has plenty more years to run before a true new all-time high is reached, one that will likely be two to three times that of 2011. Unrest around the world is at an all-time high, however, and it is joined by a falling U.S. Dollar Index, an abysmal bond market and a historically-askew gold-to-silver ratio.

These factors mean that Checkan can only view gold and silver dips as brief buying opportunities. Though not exactly sharing Bank of America’s optimism, radio host and financial advisor Hilary Kramer nonetheless believes that a pressured global economy will cause silver and platinum to emerge as very strong performers in 2021 and onwards.

As Kramer noted, prior to the pandemic, forecasters expected this year to be a strong one for silver due to an ongoing increase in technological uses. While it was a strong year nonetheless, Kramer said that the manufacturing sector is now beginning to stockpile silver as previously intended. As for the yellow metal, Bob Carlson, a retirement investment expert, said that the Federal Reserve’s intention to let the inflation rate run higher is reason enough to hold onto gold.

In the 1890s, brothers Ben and Lou Caswell were on the cusp of creating a gold rush in Idaho after accidentally stumbling upon gold deposits around Thunder Mountain. After excavating at the site with the help of a friend for several years, the brothers would go on to make a lucrative deal with William H. Dewey in exchange for the location of the deposits.

By 1902, Dewey and his partners created a trail to the difficult-to-reach mountain, and news of deposits began attracting prospectors from all over. The trail, which forms an important part of Idaho’s history, has since been lost due to environmental factors. But now, the Idaho Trails Association is joining forces with the U.S. Forest Service to blaze the trail once again after it was partially discovered in an area close to the mountain.

“There was no real easy way to get (to Thunder Mountain), especially for the miners north of the Main Salmon River in Florence, Dixie and those areas,” said Morgan Zedalis, assistant forest archaeologist for Payette National Forest’s Heritage Program, noting that the trail originally spanned 50 miles.

Despite the age of the trail and its minimal separation from the ground even when it was in use, Zedalis and a team of experienced hikers and historians are looking to rediscover the path. Should their venture go as expected, Zedalis aims to nominate the Three Blaze Trail for the National Register of Historic Places, along with a hopeful spot on the list of the National Historic Trails.