Goldcorp Chairman Warns World is Running Out of Gold 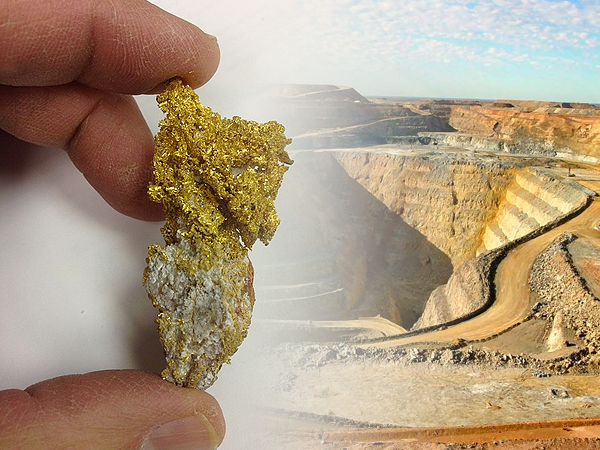 This week, Your News to Know rounds up the latest stories involving gold and the overall economy. Stories include: Mining experts warn that the world is running out of gold, gold is getting ready to hit $1,300, and buying gold and dumping stocks is a no-brainer this summer.

Mining experts warn that the world is running out of gold

Could the gold market be facing the prospect of dwindling mine supply? According to industry experts, the phenomenon known as “peak gold” is an imminent threat that will become reality in less than a year. In fact, some believe the decline may already be underway.

Telfer’s company is already feeling the effects of lessened supply, as Goldcorp only mined 2.5 million ounces last year compared to 3.4 million in 2014. To Telfer, there is little question that the reason behind this lies in the depletion of Earth’s reserves. And while investors worry about the minute changes in the price of gold, Telfer notes that $1,300 an ounce is a valuation that shows just how scarce the metal is.

Other miners agree with Telfer, with Seabridge Gold CEO Rudy Fronk contending that peak gold has already arrived to the mining industry. Nick Holland, CEO of South African producer Gold Fields, noted that the hopes of a yearly increase in ore production are likely a thing of the past.

Meanwhile, Barrick Gold President Kevin Dushnisky explained how the mining industry is suffering from a myriad of hardships, which include not only a lack of new discoveries but also falling grades and delays in project development. All of these have created a bullish medium and long-term outlook for the price of the metal, said the chairman.

TD Securities: Gold is getting ready to hit $1,300

In a report published on Monday, investment firm TD Securities said that gold is bracing to end the summer on a positive note. According to Kitco, Bart Melek, the firm’s head of global strategy, said that risk aversion, lower yields and a weaker dollar already gave the metal a leg up last week.

Melek noted that a sinking yield curve brought concerns that the U.S. economic expansion is coming to an end, piquing interest in the yellow metal as a safe haven. Besides diminished prospects for the Fed’s rate hiking policy, the yellow metal should also benefit from a strengthening of emerging-market currencies, especially as the dollar encounters more weakness.

Melek said that the European Central Bank’s move towards monetary tightening should subdue the greenback’s rally, allowing gold to move up more easily. Melek added that, in the short term, traders will be particularly sensitive to any spikes in inflation and will interpret them as a sign that the Fed could be going back on its rhetoric. All of this is expected to contribute to positive price action in the gold market, with the metal expected to post gains even before the summer ends.

“The yellow metal is projected to move past $1,270/oz during the summer months. Indeed, we would not be surprised to see the yellow metal move into $1,300/oz in the final three months of 2018,” said Melek.

Buying gold and dumping stocks is a no-brainer this summer

Despite gold’s tame performance so far this summer, investors might want to load up on the metal before the quarter ends as multiple assets are showing signs of weakness reports an article on The National. Given the strength of their performance in recent years, stocks have emerged as the market with the most to lose, and a correction could prove devastating to the global economy.

A growing body of analysts thinks U.S. stocks could see a massive downturn as early as autumn, following in the steps of Chinese stocks which recently corrected by as much as 20%. But equities are only one piece in the puzzle of a world economy whose recovery is faltering, according to the International Monetary Fund.

Gold could also get a boost from Treasuries, whose yields have fallen steadily since mid-May amid an aggressive Fed hiking policy. And, despite usually being seen as negative for gold, some think that the metal will prosper amid rising interest rates that nonetheless struggle to keep up with global inflation.

Lastly, the trading standoff between the U.S. and China could serve as another boost to the gold market. While the yellow metal has reacted moderately to the current round of higher tariffs, the unlikelihood of either President Trump or Xi Jinping backing down from the conflict seems to all but guarantee a continuation of trading tensions and the accompanying rise in gold prices.