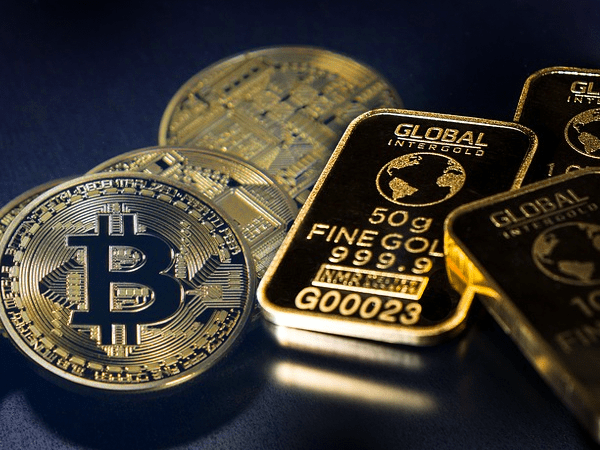 This week, Your News to Know brings you the latest stories involving gold and the overall economy. Stories include: Bitcoin hasn’t taken a bite out of demand for gold, the reason to believe gold is headed higher, and why every portfolio needs gold.

Goldman Sachs: Bitcoin hasn’t taken a bite out of demand for gold

With the intensity of bitcoin’s recent surge, some have wondered whether the cryptocurrency is taking away demand for gold. The concerns stem from the two assets appealing, in theory, to the same type of cautious investor.

But as explained on Business Insider, Goldman Sachs dismissed the idea that bitcoin could bring down gold prices and subdue demand. Jeffrey Currie, the bank’s global head of commodities research, said that hard data and investor profiles show that gold demand isn’t going to falter due to cryptocurrencies.

Currie points to a lack of outflows from gold ETFs, which suggest that investors are remaining firmly with gold even amid a 15-fold increase in bitcoin prices. Furthermore, total known gold ETF holdings recently reached their highest level since mid-2013, giving further credence to the notion that gold and bitcoin demand aren’t related.

To Currie, not only are the fundamentals of the two assets different, but investor pools vary greatly as well. Although some view bitcoin as the type of asset that could appeal to gold investors, Currie states that bitcoin tends to attract more speculative interest than the yellow metal, therefore outlining the difference between the investor groups.

Here’s your reason to believe gold is heading higher

Gold continues to defy the odds, maintaining a nearly 9% gain despite rising interest rates, a stronger dollar and a bull run in equities, via Kitco. According to World Gold Council chief market strategist John Reade, the metal is scheduled to extend its gains into 2018 due to several reasons.

Reade says, while investors focused on equities and cryptocurrencies, gold posted a good year with double-digit growth in the first 11 months without much volatility. And among the factors that could boost gold prices in 2018, Reade lists a shake-up at the Federal Reserve, with the appointment of new chair Jerome Powell and the suggestion of Mohamed El-Erian, a known gold supporter, for the vice-chairman spot.

Reade also pointed to equities and the U.S. dollar as headwinds for gold, saying that a reversion in each would benefit the metal. He stated “we believe that the bull market in U.S. equities has reduced gold’s appeal in 2017: an end to that trend could reignite demand for gold”.

“If 2017 marks the end of a multi-year period of U.S. dollar strength, gold could benefit from that tailwind, unlike the headwind that it has experienced since 2001.”

Reade also touched upon China and India, two of the world’s largest gold buyers. The WGC strategist said that China has avoided the dismal predictions made for its economy 18 months ago, and that a 6.4% growth rate is expected in 2018 for the Asian nation. Likewise, India’s recovery after the shock of demonetization and the introduction of new tax should also provide support for gold demand in the following year.

Why every portfolio needs gold

To Seeking Alpha’s Daniel Carter, while gold continues to provide stable returns year-to-date, comparing it to the performance of other assets is unfair. Unlike equities, gold’s primary purpose is to serve as protection in times of crisis – the greater the crisis, the more useful it is to own gold.

Carter likens the United States to an empire that has been the most dominant force in the world in the last century, as evidenced by the dollar’s role as the global reserve currency. However, none of the previous five “empires” held this position for more than a century, with only Britain retaining its currency in the process.

Going back as far as the Roman Empire, a government’s go-to response after extravagant spending is the devaluation of its currency. Yet, as Carter points out, a loss of faith in a nation’s currency could lead not only to its economic collapse but also foreign invasion.

The U.S. has enjoyed a prominent position in global trade for 94 years, longer than most empires that have provided a global reserve currency. The once-solid dollar has dropped 8% since the start of the year, a movement that’s highly unusual for a stable currency and could signal deep, underlying issues.

Another trouble for the dollar comes in the form of China’s and Russia’s attempts to destroy the Petrodollar system, which allowed the U.S. to maintain the strength of its currency over the last 50 years. Foreign nations no longer bound to sell their oil in dollars could be the final blow to the greenback and allow another country, most likely China, to take the spot of the dominant empire.

Although investors are advised to hold cash in times of trouble, this line of thinking doesn’t take into account the loss of a currency’s purchasing power. With the average lifespan of a currency being at 37 years, placing too much faith in paper money could spell disaster.

Should the U.S. collapse along with its currency, or if the dollar merely enters a lengthy bear market, Carter feels that there is no better protection to have than gold. Unlike any other currency in human history, gold has retained its purchasing power over thousands of years and continues to be an immensely valuable commodity.

Instead of focusing on short-term fluctuations in the price of gold, Carter advises investors to allow the metal to perform its role in their portfolio – allocating 5% to 10% of a portfolio to gold should give any investor peace of mind even in the face of the most severe crisis.