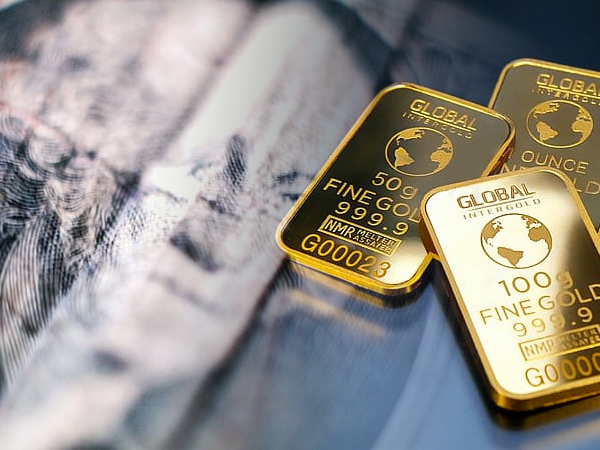 This week, Your News to Know rounds up the latest top stories involving gold and the overall economy. Stories include: Gold prices have bottomed in 2019 and will keep moving up, why there’s much more to gold’s gains than the coronavirus outbreak, and man finds a stash of gold coins worth over $100,000.

Following sensational price action in 2019, gold jumped above a seven-year high of $1,600 within just one month. With gains such as these, it can be easy for investors to get overly focused on short-term technical charts and ignore the bigger picture in the gold market.

As thrilling as the shorter-term movement has been, Peter Reznicek, head trader at ShadowTrader, believes there is much more to be excited about in regards to gold when one looks at the market in a broader way, assessing the metal’s movements across years and even decades.

Talking to Kitco in a recent interview, Reznicek said that he favors a 20-year chart to get an accurate gauge of gold’s true strength. When looking at this chart, it becomes clear that gold prices formed a bottom in early 2019 and that the summer breakout marked the start of a lengthy period of price gains.

With the metal currently trading around $1,570, Reznicek is certain that everything is in place for gold to recapture the next key resistance at $1,613. From there, Reznicek thinks that the next big level to look out for are 2011’s all-time highs of $1,900, and the trader thinks this price range could be much closer than expected. While acknowledging that the coronavirus outbreak has had some price impact thus far, Reznicek believes that the metal isn’t dependent on any one driver and that a long gold position is a very safe one to assume.

Gold has been one of the few gainers in the past weeks as most assets have come under a sharp sell-off in response to the coronavirus outbreak and its potential ramifications on the global market. And while one might be tempted to attribute a sizeable chunk of the metal’s performance to the pandemic, numerous analysts have stated that the coronavirus is only one out of many ingredients that are propelling gold to multi-year highs.

In fact, J.P. Morgan’s analysts said in a recent note that the coronavirus might actually be holding gold back, as it has primarily affected one of the largest markets for the metal. Despite gold’s striking performance over the past months, the bank’s Global Commodities Research team noted that gold’s gains are lagging behind Treasury yields.

Despite this, gold remains bolstered by numerous tailwinds that all but guarantee a continuation of the same price action that investors have grown accustomed to over the past few months. As BullionRock’s Managing Director Robin Newbould points out, gold gained 20% last year due to a combination of low growth forecasts, negative-yielding global bonds, expectations of a weakening dollar and geopolitical risks.

All of these drivers remain in full force, suggesting that the metal has ample room to continue moving up. The dovish policy shift by central banks around the world, accompanied by a record $15.7 billion of gold bullion bought in the first half of 2019 by the official sector, played a major role in the metal’s sustained gains. What is perhaps gold’s strongest driver will remain just as prominent this year, said J.P. Morgan’s team, as investors look for safety amid expectations of yet another Federal Reserve rate cut by June.

When British auctioneer John Rolfe was contacted by representatives of a family whose member lived and died in a remote cottage near Stroud in Gloucestershire, the experienced home inspector didn’t have high hopes. As Rolfe notes, calls like these usually result in meager finds that rarely exceed $50 per coin.

Yet despite the cottage’s dilapidated interior and exterior, it didn’t take long for Rolfe to notice upon entry that the former tenant had a penchant for numismatics. In stark contrast to the state of other possessions, the house had an astounding number of valuable gold coins in mint condition, stored in their original plastic covers and stashed all over the place.

Due to the house’s state, the normal clearance time of 24-48 hours stretched across three weeks, with four people clearing the property every single day. Despite this, Rolfe likened the experience to arriving in a pirate grotto due to the sheer number of valuable, rare-mintage coins.

Once the dust settled, the gold hoard was even more impressive than previously thought. The most valuable part of the hoard turned out to be a set of coins minted in 1937, which ultimately fetched a price of £8,000 ($10,300). Other standouts from the hoard included a set of gold coins minted for the Queen’s jubilee in 2002 and a commemorative set of Channel Islands gold pieces minted to mark the 150th anniversary of the Duke of Wellington’s death. The entire hoard wound up fetching £80,000 ($103,000), around double the originally-estimated price, with Rolfe noting that the packed auction featured bidders and coin enthusiasts from across the globe.