Home » Blog » Even if the Path isn’t Straight, Gold’s Bullish Trajectory is Set

Even if the Path isn’t Straight, Gold’s Bullish Trajectory is Set 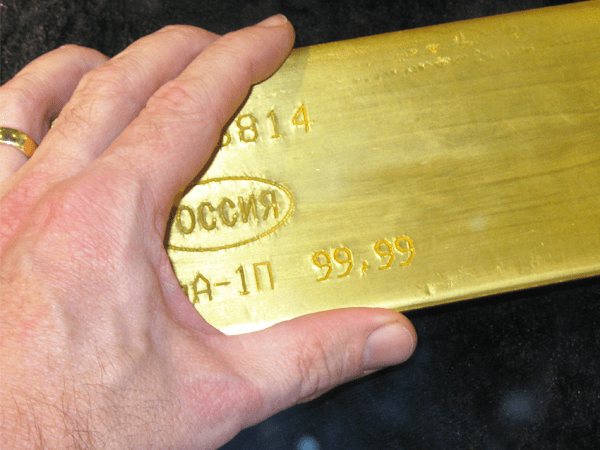 This week, Your News to Know delivers the hottest news topics involving finance and the gold market. Stories include: Gold’s bullish trajectory is set, gold becomes safe haven darling amid Trump uncertainty, and some gold statistics that will blow you away.

Even if the path isn’t straight, gold’s bullish trajectory is set

According to a report by Rachel Koning Beals, higher inflation expectations and safe-haven demand over uncertainty caused by the Trump administration could give gold at least another 5% of upside this year, which is on top of the 5% already gained in January.

A recent survey of forecasters by the London Bullion Market Association saw that $1,244 is the average expected price for 2017, with some analysts predicting the metal will climb as high as $1,379. Joni Teves, who is considered the biggest gold bull on the LBMA list, placed the metal at $1,350 this year. The UBS precious metals analyst downgraded from an even more bullish position as his firm wanted to accommodate market sentiment.

The report also notes that gold looks even better from a long-term perspective. Most analysts agreed that inflation is a sleeping giant that is now waking, which would make gold an invaluable hedge. As the surveyed analysts explained, gold’s appeal as a safe-haven asset is undeniable.

“I think I’ve seen estimates out of China that over 375 million Chinese want to buy gold but can’t right now. Also, I’ve seen selling of gold to the European Union client base and storing here in America,” said Peter Thomas, senior vice president of precious metals with Zaner. “So, the global ‘nervous’ client coupled with all the hot-spot flare ups in the Ukraine, Poland and the Middle East have been fueling this demand side of the equation. Add to the mix the hydra-head of inflation and, yes, we have a very strong opportunity for higher prices and definitely both have been working together to push gold higher.”

The LBMA survey’s commentary underlined how this kind of geopolitical uncertainty helps gold. “2017 will certainly be an eventful and unpredictable year given the high degree of geopolitical uncertainty, with a more nationalistic U.S. president in residence and the indications that the U.K. will pursue a hard Brexit in its negotiations with the European Union,” said the commentary, adding elections in France and Germany and potential tensions between the U.S. and China to the growing list of catalysts.

And with a Trump White House also being supportive of gold, some believe the metal can even work alongside stocks. “It’s hard to be bullish on gold and the stock market, but inflation is the linkage there,” said Rob Lutts, chief investment officer of Cabot Wealth Management. “I’ll buy stocks because I know companies can adjust to inflation. But with an inflation backdrop, gold prices will clear $2,000 an ounce in two to four years.”

Charles de Vaulx, portfolio manager of the $8 billion IVA Worldwide Fund, reminds that the stock market has been “amazingly unvolatile” so far and that Trump’s lack of specifics for future plans could undermine the dollar. “With the unpredictability of President Trump and how well he works with Congress, there remains a lot that is unknown.”

Examples of this are Trump’s recent comments about currency devaluation, which kept the dollar on course for its worst start in a decade. The comments have also recently helped gold rise.

Ramin Arani, a co-portfolio manager of the $25 billion Fidelity Puritan fund, believes gold is most attractive as “insurance”, such as the one he gains against equity exposure. “In terms of unpredictability, there is a tail risk with this administration that did not exist with the prior,” said Arani. “There is a small but present possibility that government action is going to lead to unintended consequences.”

Others, like fund manager Richard Bernstein, continued to value gold’s anti-inflationary properties above all else. In anticipation of higher inflation driven by rising wages, Bernstein, who oversees $3.6 billion as head of Richard Bernstein Advisors, ushered into the presidential election with more exposure to gold. “If you think inflation is going up, you want to hold real assets,” he explained.

Some gold statistics that will blow you away

Motley Fool’s Matthew DiLallo recently outlined some interesting gold facts that even the metal’s bulls might not be aware of. For starters, America ranks as the world’s top gold hoarder, with 8,133.5 tons of gold in vaults across the country. The nation’s stockpile is even more impressive compared to other nations, as it has more official gold reserves than the next four largest gold holders combined.

To put things into context, the article notes that while global gold miners produced a record of $3,155 tons of gold in 2015, it was still only a third of America’s reserves. Its value is equally as imposing: assuming current gold prices at $1,200 an ounce, the United States’ 261.5 million of ounces are worth around $314 billion.

DiLallo also points out that the market is massive in spite of gold’s scarcity. While the value of all of the gold ever mined reaches $9.6 trillion, only 170,000 ounces have been mined. Spread across Earth’s ever-growing population which currently sits at 7 billion, each of the planet’s inhabitants would get 24 grams of gold, enough for some five golden rings.