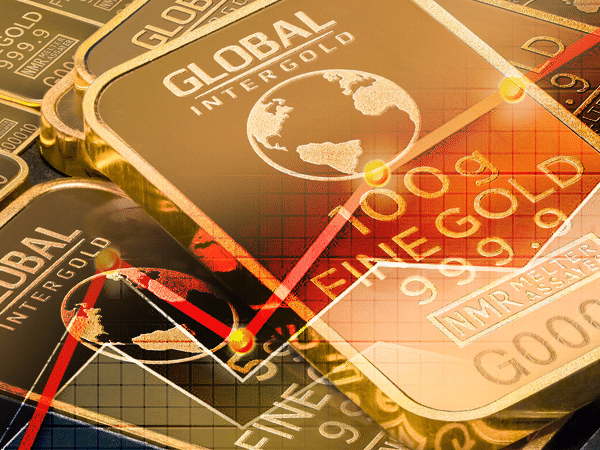 This week, Your News to Know rounds up the latest top stories involving gold and the overall economy. Stories include: $3,500 could be the next long-term target for gold, the dollar’s status as the global reserve currency could be slipping, and gold’s jump looks to have come from unexpected sources.

As analysts upgrade their gold forecasts, one expert sees $3,500 as a realistic target

With the previous all-time high now in the rear window and a sustained two-week climb, analysts are looking for the next target for gold, both over the near and long-term. With Friday’s closing of the metal’s price at $1,976, many are looking past the $2,000 level and placing their forecasts much higher.

One of them is Barry Dawes, executive chairman at Martin Place Securities, who sees gold jumping to $3,500 over the next two years. “What is really significant is how quickly it went through that $1,923 which was the previous high. The other thing which was … very, very important was the fact that it went through $1,800 and with similar ease,” said Dawes of gold’s recent movements.

Worries over the economic recovery, shakiness in the greenback and rising tensions between the U.S. and China have all contributed to gold’s recent rise. Goldman Sachs’ team of analysts, however, listed low or negative interest rates as the main driver that will push gold to $2,300 in the next 12 months, an upgrade from their previous forecast of $2,000 over the same period.

Talking to CNBC, Juerg Kiener, managing director of Swiss Asia Capital, pointed to gold’s technicals to show that $2,834 could be within reach much sooner than expected. Using $1,050 as a bottom model, Kiener pointed out that gold has historically jumped seven to eight times after bottoming out, which would translate to a price target of around $8,000. Kiener’s model isn’t too far off from the $1,200 level that gold fell to in 2018, a price that is often cited as gold’s bottom.

Even before gold’s precipitous climb, certain experts mulled over the greenback’s status as the global reserve currency, stating that other nations could try and compete for the spot with their own sovereigns in the not-too-distant future. Since then, concerns over the dollar losing its status have intensified, and the latest research note by Goldman Sachs examined how and why this scenario could occur.

The dollar’s reserve position, and the resulting economic strength that the U.S. gains on the global stage, relies upon the perception of a stable greenback. Given recent actions by the Federal Reserve and its general stance, Goldman’s team believes this perception could change.

“Combined with a record level of debt accumulation by the U.S. government, real concerns around the longevity of the U.S. dollar as a reserve currency have started to emerge,” said the analysts in the note. Their reasons include ultra-low interest rates, a consequence of the Fed’s exceedingly dovish stance since last summer. A plunge by the Treasury into negative territory, as has happened with an astounding number of sovereign bonds, could very well place the dollar on shaky grounds. Goldman also took note of inflation expectations as yet another factor that could expedite this scenario.

This ties into President Trump’s nomination of Judy Shelton for the Fed board. Shelton, a prominent figure in finance, had previously criticized the Fed’s massive influence on the global financial market, along with being a vocal supporter of the gold standard.

Who were the investors that pushed gold above its all-time high?

The recent price action in the gold market has shown that there is no shortage of buyers interested in the metal. Yet, a closer look into where the money is coming from might be surprising to quite a few market watchers. As a key takeaway, gold buyers aren’t merely looking to hedge their bets, but also to seek yields in an unfamiliar environment.

These buyers come in the form of money managers who oversee trillions of dollars in various portfolios. Managers of various funds have traditionally relied on bonds to hedge stocks in their clients’ portfolios. Bonds would act as a safe-haven in the case of an equity downturn and offer a steady source of yields in the meantime. Yet they are no longer able to provide either.

The $15 trillion of negative-yielding debt and a plummeting Treasury have slowly but surely driven money managers to look elsewhere, and the gold market has proven to be just the place. Along with its unquestionable wealth-preserving properties, gold has also displayed an ability to generate safe returns that far exceed those of bonds in good condition. Funds like Pacific Investment Management Co., along with banks like Lombard Odier & Cie SA and Arbuthnot Latham & Co. are just some examples of institutions whose money managers have turned to gold in a shifting economic climate.

Until recently, individual investors, jewelers and central banks were the ones driving gold’s price, but the group could be expanding soon. John Reade, chief market strategist at the World Gold Council and a former fund manager, took note of the slow but steady rise in institutional gold investment. “Gold’s in the conversation now with much more investors than it was 10 or 20 years ago”, he said.