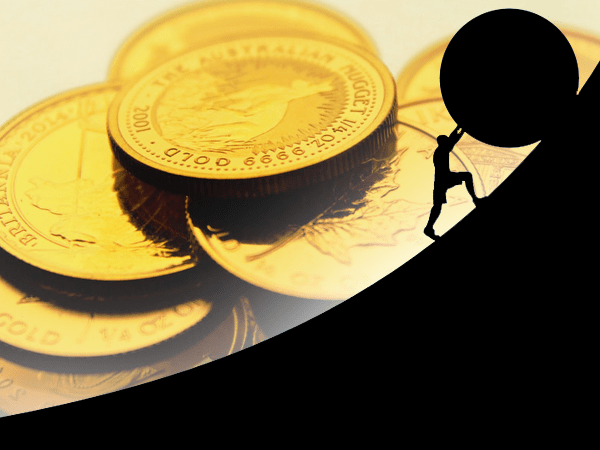 This week, Your News to Know brings you the latest stories involving gold and the overall economy. Stories include: Gold’s lack of volatility in 2018 proves its merit, gold rises after Tillerson’s exit, and the many uses of gold.

Gold’s lack of volatility in 2018 proves its merit

According to Sprott Asset Management in a recent Kitco article, February’s spike in the previously-absent volatility served to showcase gold’s strengths. For most market participants, the month was marked by a massive jump in volatility which spread across virtually every asset class.

Gold, however, remained the only asset unaffected by the shift, holding on to volatility levels below 3% as stocks, bonds and currencies experienced swings of up to 235%. Sprott’s Shree Kargutkar believes the sudden shift indicates a return to traditional volatility, a development that could greatly favor gold. He adds that investors will have little choice but to grow accustomed to the new environment, as times of historic low volatility are behind us.

The bursting of the volatility bubble reinforces his firm’s advice that all investors should hedge their bets with a significant allocation to gold, said the portfolio manager. Having long advocated a safer investment strategy, Kargutkar thinks now is the best time to minimize the risks in one’s portfolio.

Besides the VIX returning to its former levels, Kargutkar says that gold will also benefit from a weaker dollar, rising inflationary pressures and an increase in bullion demand shown since the start of the year.

Although former Secretary of State Rex Tillerson was reportedly ready to abdicate his position, news of his firing still came as a surprise for many. According to CNBC, Gold rose roughly 0.5% as news broke out that President Trump would replace the former ExxonMobil CEO with CIA Director Mike Pompeo.

The news brought uncertainty in regards to other diplomatic shake-ups, creating the kind of environment that gold thrives in. Before Tillerson, the Trump administration parted ways with a number of high-profile figures, including former FBI Director James Comey and former National Security Adviser Michael Flynn. “Gold loves any turbulence, any uncertainty,” said Kevin Grady, president of Phoenix Futures and Options.

Besides Tillerson’s exit, gold also benefited from the latest CPI reading that showed inflation rose by only 0.2%. Low inflation is likely to limit the amount of times the Fed can hike rates this year, which helped bring in buyers to the gold market.

The many uses of gold

Forbes’ Frank Holmes believes that gold is an essential part of any portfolio. To earn this spot, gold has held up in every scenario while providing investors with significant returns during the toughest periods when all other assets plunge.

The current market landscape, in which stocks take much of the limelight, favors gold just the same. The yellow metal is known for its low-to-negative correlation with stocks, a much-desired property that allows gold investors to protect themselves against an equity bubble.

In times of crisis, gold becomes all the more attractive as uncertainty grips the market and investors find it increasingly difficult to turn a profit. The mass buying of bullion during these times has led to some of the biggest spikes in the history of gold prices, and what Holmes dubs the “Fear Trade” remains an important source of gold demand.

But, as Holmes notes, gold has many uses aside from being a portfolio diversifier. The metal is one of the most coveted on Earth, in large part due to its use in jewelry. The holiday stretch between the Indian wedding season in September and the Chinese New Year in February sees heightened gold prices as the world’s biggest buyers of gold load up on the metal to celebrate important occasions.

More than just its appearance, gold is sought after due to a plethora of functional uses. The metal is a key ingredient of high-end electronics, and the manufacturing sector accounts for a sizeable share of gold purchases every year. The burgeoning interest in aerospace engineering is expected to act as another high-tech demand driver.

Gold’s role in medicine is also well-known, having been utilized in dentistry for centuries. It remains an important dental aid and sees reasonable use in various topical treatments. Yet recent medical breakthroughs involving gold, many of which have revolutionary implications for human health, promise to move its applications into new and exciting realms.