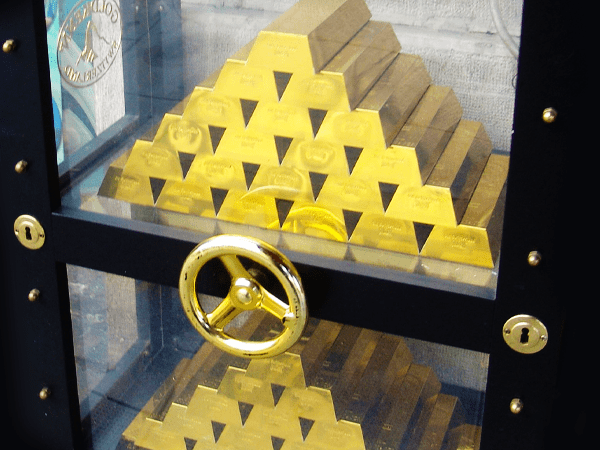 This week, Your News to Know rounds up the latest news involving gold and the overall economy. Stories include: Gold looks like safe money amid rising inflation, gold’s technical picture is looking better by the minute, and Brexit fears have triggered an Irish gold rush.

With numerous analysts stating that U.S. stocks have turned bearish, the gold market is looking to snatch the bull title away. But, as Forbes’ Rainer Michael Preiss states, there is much more to gold’s bullish turnaround than stock market worries.

While fading equities have certainly done their part in reigniting gold demand, other sources could bring even more favor to the metal. The recent government shutdown that earned the title of longest shutdown in U.S. history disrupted the lives of millions of Americans and caused enough panic to give attention to bullion.

Preiss, however, sees a spike in inflation as the possible deciding factor to thrust gold into a bull market. Some speculate that the U.S.-China trade war could persist for years, potentially heralding a significant rise in consumer prices. This will form a perfect storm for the metal as central banks around the world reduce liquidity by moving towards quantitative tightening. As Preiss explains, fiat money is looking increasingly questionable.

“Gold is an economic constant. It will never become worthless, nor will it decline due to inflation over time like a fiat currency. Gold carries no risk of default, nor can it go bankrupt,” he explains.

Preiss’ last point is particularly interesting amid rising global debt levels. Fed Chair Jerome Powell recently acknowledged that U.S. debt is a major issue, one that is exacerbated by China’s status as a primary creditor. Powell’s concerns come as analysts lower their rate hike expectations for the year to two hikes, down from a previously-forecasted three.

The Fed’s dovish shift might come too late, as many have pointed out that nearly every U.S. tightening cycle in the past has triggered a recession. The reduction of liquidity by central banks around the world strengthens fears that another global crisis is around the corner and gives more weight to gold’s bullish prospects in 2019 and beyond.

Technician: Gold is forming a “golden cross”, could bounce even higher

Although the trading pattern known as the “golden cross” isn’t limited to a particular asset, it just so happens that gold could be the beneficiary of this highly bullish signal. The phenomenon occurs when the 50-day moving average crosses its 200-day moving average, and Cornerstone Macro technician Carter Worth sees this happening in the gold market.

The metal is up 10% since August, but Worth says that the technical picture suggests gold could go much higher. Talking to CNBC, Worth explained that gold’s long-term chart shows built-up pressure that is likely to be resolved to the upside.

To back his forecast, Worth points out that gold is beating the overall commodities market, something the technician sees as a testament of strength. The feat is especially notable after gold outperformed the long-running bull market in stocks in December.

Like other analysts, Worth sees the $1,300 level as a key threshold for gold’s move up. Once this resistance is breached, Worth thinks that a jump to $1,350 an ounce is imminent.

Britain’s vote to exit the European Union gave gold plenty of short-term momentum in 2016 as investors grew worried over the potential ramifications. Fears appeared to have simmered down since, as the British Parliament began a lengthy process of brokering a deal with Brussels that will be beneficial to both parties.

But with such a deal now looking unlikely to materialize, Kitco reports Brexit-related fears are once again gripping citizens of the United Kingdom and the global market as a whole. After the Parliament overwhelmingly rejected Prime Minister Theresa May’s proposition last week, the prospect of a no-deal Brexit and a subsequent devaluation of the pound sterling appears increasingly probable.

According to Ireland’s Merrion Vaults, Irish citizens aren’t waiting for the March 29 deadline as they rush to exchange their fiat currency for bullion.

“Customers are taking money – physical money – out of the bank and they’re buying gold bullion with us to store it, and it’s a hedge,” said Seamus Fahy, co-founder of the Dublin-based bullion dealership and storage facility.

Merrion Vaults has seen a 70% increase in clients from Northern Ireland in 2018, attesting to the depth of concerns surrounding May’s ability to achieve a smooth transition. The creation of a hard border with Ireland could be one of the consequences of a hard exit from the EU.

For many, a more severe consequence would be the major sell-off of the sterling that would soon follow, translating to an immediate devaluation. As Fahy explained, flights to the safety of bullion are common whenever a currency’s value is placed into question, and the company’s recent sales figures of gold bars and coins are a prime example of this.