Home » Blog » Gold’s Summer Sparks Could Continue Into Next Quarter

Gold’s Summer Sparks Could Continue Into Next Quarter 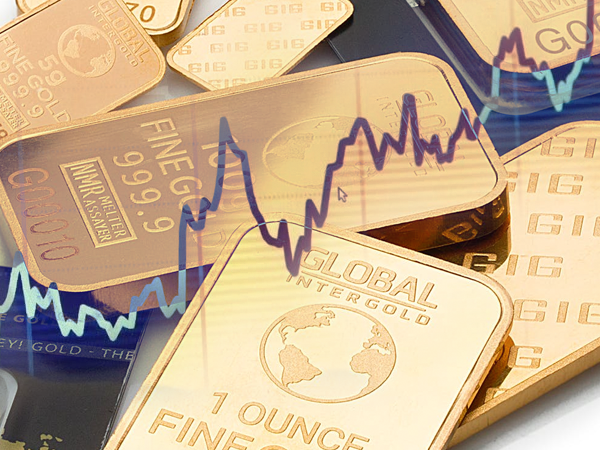 This week, Your News to Know brings you the latest news involving precious metals and the overall economy. Stories include: Gold to extend its summer sparks into third quarter over recession fears, Federal Reserve and central bank cuts will drive H2 gold demand, and markets look past robust U.S. data to focus on escalating trade war.

According to Orchid Research, the stellar movement that gold has seen over the past weeks should continue well into the next quarter as recessionary fears persist, reports Kitco. Even before the Federal Reserve’s abrupt policy shift, many analysts had cautioned that nearly every tightening cycle in the U.S. has culminated in a recession.

The intense turn towards dovishness only intensified these fears, driving massive inflows into the gold market this summer. In May, the Fed’s Treasury spreads model placed the chances of a recession at 29%, upgrading it to 33% in June.

The substantial increase in dovishness from Fed officials since then, however, has led many analysts to believe that there is at least a 50-60% chance of a recession occurring this year. This view has been bolstered among both pundits and investors by a seemingly assured growth slowdown in the U.S.

Besides growing investor concerns, Orchid also points to heightening central bank gold demand as a key supporting factor for the precious metal. After a record-setting 2018 in terms of demand from the official sector, this year has seen nearly every emerging-market country purchase gold bullion to varying degrees. After keeping its gold stockpile static for a long time, China’s purchase of more than 84 tons of bullion in the first six months of 2019 has raised many eyebrows.

Orchid’s analysts also highlighted the historically-high gold/silver ratio of 92, which places silver prices at their cheapest point relative to gold since 1992. Over the past two decades, the ratio has only climbed to such heights on three separate occasions, and each culminated in a massive bout of price catch-up. The analysts believe that silver’s current valuations present a very attractive entry point given the current economic landscape.

As Forbes contributor Royston Wild notes, gold is up roughly 11% since the start of the year, making it one of the best-performing assets in the first half of 2019. The rise of military tensions in the Middle East and the worsening of trade relations have both played a major role in spiking investor demand thus far. However, both Wild and the World Gold Council agree that central banks and their actions could be the source of gold’s breakout towards and above the $1,450 level.

The WGC recently commented that central banks around the world are quickly turning dovish, which is a major positive factor for gold. According to Forbes, nowhere has this been more true than in the U.S., as the markets went from expecting more rate hikes this year to pricing in two or three rate cuts by the end of 2019. Analysts have noted that the Fed may be forced to deal with the fallout of the tariff wars by introducing different degrees of monetary stimulus, adding fuel to fears that the domestic economy is slowing down.

The situation is very much similar globally, with the European Central Bank recently hinting at both bond rate purchases and rate cuts, affirming the idea of a global growth slowdown. Even the previously-immovable Bank of Japan is considering dialing down on its monetary policy, and Wild thinks that emerging-market central banks are likely to follow suit.

Besides dovish looks from the official sector, the WGC listed threats of military action, worsening trade disputes and economic and political issues in Europe as other drivers that could push gold prices higher in the coming months.

On Thursday, a positive consumer price index (CPI) report lowered bullion prices by nearly 1% almost immediately after publication. Yet CNBC reports prices bounced right back up the following day, showing that U.S. investors are particularly concerned about the U.S.-China trade war and the dovish Federal Reserve policy that could follow in its wake.

Despite the positive report, the markets are still expecting at least a 25-basis point rate cut before the end of July and a cumulative 64-basis point cut by the end of 2019. Most agree that the Fed’s turn to dovishness stems from a need to support the domestic economy as trade relations between the U.S. and China continue to worsen, giving ample support to the gold market.

While it’s unclear how far the Fed will go with its monetary easing, it appears that the markets are fairly pessimistic over the domestic economic outlook regardless of economic data pointing to the contrary. This was supported by the greenback sinking against a basket of other currencies for three straight days.

Taking into account recent comments made by Phillip Streible, senior commodities strategist at RJO Futures, gold’s ability to close Friday above $1,415 an ounce shows the strength of the metal’s bullish momentum. According to Streible, $1,441 is the next resistance level that investors should be looking out for.