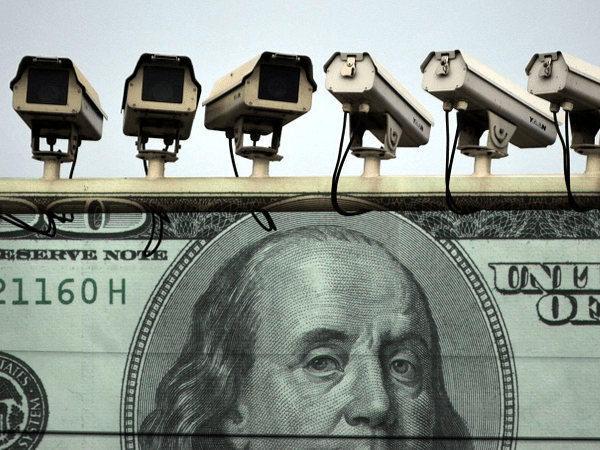 A Senate bill introduced last month presents a new assault on cash and digital currencies. Legislators are presenting the bill as a means to counteract criminal activity, but its implications could touch every American’s assets.

The bill in question is US Bill S.1241. Cleverly titled as the “Combating Money Laundering, Terrorist Financing, and Counterfeiting Act of 2017,” its name implies only the purest of intentions.

However, when we investigate its language, we find the bill could easily be used less as a tool to fight wrongdoers and more to keep Americans under the government’s thumb.

Here are the most troubling parts of the bill, and what you can do to escape this attack on your financial freedoms if it’s passed.

Submerged in a sea of legalese, the core motives of this new bill are to:

3) Legalize government monitoring if you engage in a plethora of “suspicious” activities — even if it’s on accident.

Essentially, the bill would effectively tighten the government’s hold on your assets, authorizing the Feds to seize all of them if you fail to comply with the new law regarding any of them — including cash, digital currencies like Bitcoin, and other various ‘monetary instruments.’

How You Could Be Affected

If the bill becomes law, Americans would be subject to a whole host of government intrusions. One little slip-up would open a Pandora’s Box of governmental inquiry into your financial life.

For example, failing to complete a single reporting form would result in the government being granted abilities to freeze and seize not just a portion, but the entirety, of your assets. The bill even goes so far as to include the contents of safety deposit boxes.

The war on cash and financial autonomy has been underway for some time. But this bill would solidify a serious loss of freedom we’ve been fearing for years.

Loophole to Keep Your Financial Freedom

As the bill stands today, precious metals holdings are not covered under the required declarations. Most other ‘monetary instruments’ would be locked down tight.

While you could be at risk if you make even the slightest mistake regarding your cash or digital currency ownership if the bill is passed in its current form, your gold would be under far less scrutiny.

So if autonomy, privacy, and freedom are top priorities for your financial dealings, this could be your one chance to get out of assets the government may soon take control over, and move into precious metals instead.