Home » Blog » No More $20 Bills? The Government’s Latest Power Grab Is In Your Wallet

No More $20 Bills? The Government’s Latest Power Grab Is In Your Wallet 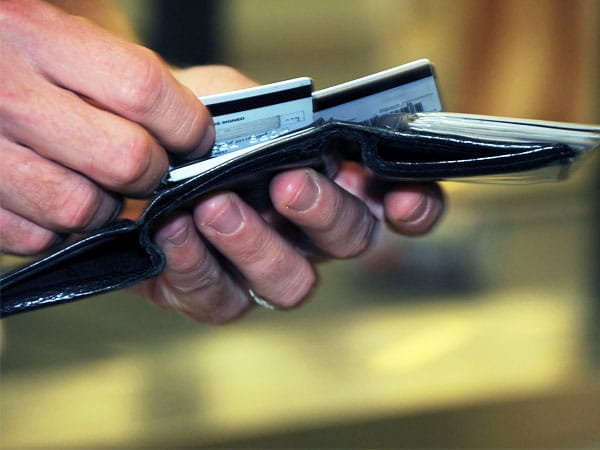 Cash gives you freedom: The freedom to carry legal tender on your person, to store your wealth the way you please, to pull out your savings and stuff it under the mattress… if and when you see fit. It’s the cornerstone of our economy. But what if the government suddenly decided to start taking that freedom away? By controlling Americans’ access to cash, government entities could easily get us over a barrel. You might think that would never happen, but recent news warns it could be more likely than you think.

One man wants to make you kiss your $20 bills goodbye

Kenneth Rogoff is the epitome of a global elitist. As a Harvard professor of public policy and former chief economist at the International Monetary Fund (IMF), he’s been championing oppressive government intervention in the economy for years now. However, his most recent policy proposal could do more to dismantle the economic freedom of the average American than all his previous ideas put together.

Rogoff wants to encourage policy makers to start moving America away from a cash-based economy, and he wants to start by taking $20 bills out of circulation.

That’s just the start, though. Rogoff’s underlying thesis dictates that the ultimate goal should be a completely “cashless society” where transactions using physical legal tender happen rarely, if ever.

How they’ll pull it off

Of course, Rogoff and his supporters can’t move forward with this plan without some form of justification. And they won’t simply tell Americans that the real motivation here is their insatiable hunger for power.

Instead, they’re talking about how cash supposedly promotes crime and costs taxpayers money. They’ll propagate messages like these until Americans are frightened enough to consider a world where cash ceases to exist.

The scary part is that it’s already happening now, as is evidenced by a recent article in the Wall Street Journal.

Why a cashless society is your worst nightmare

In a system where everybody’s wealth is stored electronically, there’s a total elimination of privacy and autonomy. All of a sudden the power is shifted away from individuals and given to financial institutions and government entities. What’s more, such a system gives those ruling bodies complete control over every American’s finances.

Imagine yourself trapped under an authoritarian government and cashless society. Your life revolves around your ability to access the money you’ve worked hard to save. If that ability is somehow restricted based on your compliance with the government, it would give the powers that be an open door to control and financially abuse anybody with money in a bank.

How you can protect your savings

If Washington’s ultimate goal is indeed to separate individuals from the tangible forms of their personal wealth (effectively rendering them powerless), then eliminating cash is the next logical step in that lengthy process. The last major landmark in that journey traces back to when America went off the gold standard. Removing access to cash is yet another major leap that separates Americans from their wealth and cripples their ability to control it.

One defense against these attacks on your financial freedom is with ownership of physical gold. If these cashless policies finally come to pass and the majority of Americans are left wondering where their freedom went, the benefits of having gold in hand will be even greater. Don’t let the government isolate you from your wealth. Protect yourself while you still can.