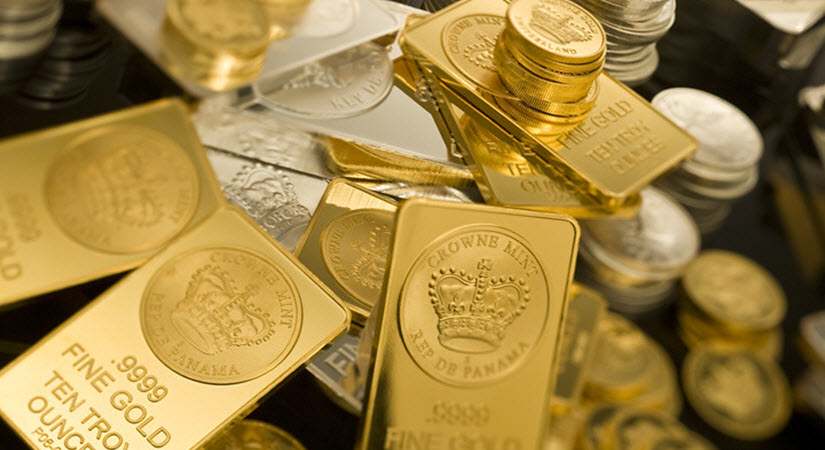 This week, Your News to Know rounds up the latest top stories involving gold and the overall economy. Stories include: Gold’s $1,800 level is still one to watch, Egyptian billionaire says a quarter into gold is a good portfolio allocation, and an overview of the gold market right now.

Gold has had one of the strangest weeks in a while. The U.S. jobs report sparked massive optimism in the markets, sending stocks, Treasury yields and the U.S. dollar soaring. Then gold briefly crashed below $1,700 after firmly positioning itself above $1,800, a more than $100 move, as Kitco reported. To some observers, these moves may have looked concerning. To those with a broader outlook on the market, well, they likely made the most of the opportunity to buy the dip.

Gains in Treasury yields and the dollar were reversed after a disappointing consumer data report, and the metal was seen trading as high as $1,779 on Friday. Analysts and experts now believe that gold’s pressures are beginning to dwindle, while pointing out that these prices are fairly attractive entry points. One analyst said that inflation data suggests headwinds are weakening, and that renewed physical demand in Asia is one of several bullish indicators for the metal:

This is a very attractive entry price point after gold pulled back quite a bit. It is encouraging that we recovered quickly. Just within hours, gold was back above $1,700. I wouldn’t be shocked if we broke above $1,800 next week. I’m more bullish now.

Millman and TD Securities’ head of global strategy Bart Melek said that concerns about the national debt ceiling are another point of interest, as gold has historically risen along with the national debt ever since 1971. Besides this, analysts also mentioned the likelihood that any number of upcoming data releases could launch gold back into action in the near-term.

Regardless of short-term price fluctuations, it’s hard to argue that gold has been a solid investment over time.

As market watchers keep track of inflation and gold’s recovery from its highly unusual slump, Egyptian billionaire Naguib Sawiris reminded investors of gold’s main role in a portfolio. While most portfolio managers who acknowledge the benefits of diversifying with gold recommend a 5% to 10% portfolio allocation, far too many investors underweight gold in their savings.

Sawiris recommends a 20% to 30% gold allocation for any investor and views such significant exposure as a necessity. To Sawiris, gold’s primary benefits are proven: the lack of counterparty risk and lack of correlation with other assets.

Sawiris himself once kept 50% of his investments in gold. Why? He explains it’s for long-term wealth preservation regardless of macroeconomic events.

What about short-term price fluctuations? Sawiris says too many investors focus on day-to-day price movements, even though they tend to be both temporary and minimal. Other markets are prone to outright crashes. Exhibit A: Sawiris points to the historically-overvalued stock market, nearly 50% over the price-to-earnings ratio on the eve of Black Tuesday.

Other economic disruptions and political crises are further examples of why a large gold allocation makes sense to Sawiris. His move from a 50% portfolio allocation was likely spurred by a liquidation in order to set up a $1.4 billion gold mining fund, one of several high-profile actions involving Sawiris and the metal.

Regardless of the precise percentage of his overall investments are in physical gold, Sawiris makes a compelling case for its diversification and safe-haven attributes.

What to expect from gold moving forward

After gold’s recovery, The Daily Reckoning’s James Rickards offered his insights as to how the gold market is currently faring and where it is heading. To Rickards, gold is a long-term investment, and investors shouldn’t worry about short-term developments too much, especially given the speed of the recovery. A broader look tells us that gold has been stable for close to a year, just as the U.S. dollar has.

Because Rickards views gold as money more than an asset, the stability of gold and the dollar have to do with their correlation as currencies. Yet Rickards finds the dollar’s stability to be a fleeting one, and in a manner favorable to gold. As opposed to the metal, the greenback finds itself facing an astounding amount of pressures. Rickards doesn’t share the view that the stimulus will indeed have a stimulative effect on the economy and boost the greenback, as the money is not flowing into the economy but rather sticking with the Fed.

While some claim labor shortages, Rickards points to the ugly truth of tens of millions of Americans remaining unemployed as employers lack the funds due to a weak economy. And despite promises of a rebound, the economy continues to be hammered by lockdowns and the like, nearly two years after some claimed that a V-shaped recovery was possible.

Rickards thinks we could be seeing the beginnings, or a more advanced level, of a financial panic. It’s caused primarily by a lack of quality dollar collateral, with the Treasuries’ all-time low showings, and the resulting reduction of the balance sheets among large banks. As just one example, the financial crisis many think started in 2008 actually began in late 2006 with mortgage delinquencies.

Rickards envisions a scenario similar to that of last year in economic terms: a liquidity crisis marked by an early selloff of gold and every other asset followed by a historic showing in the gold market. With this scenario possibly unfolding before the end of the year, Rickards notes that now is already a good time to buy physical gold and secure your savings.