Home » Blog » Nine Days Into 2023, and Gold Is Already Blowing Experts Away

Nine Days Into 2023, and Gold Is Already Blowing Experts Away 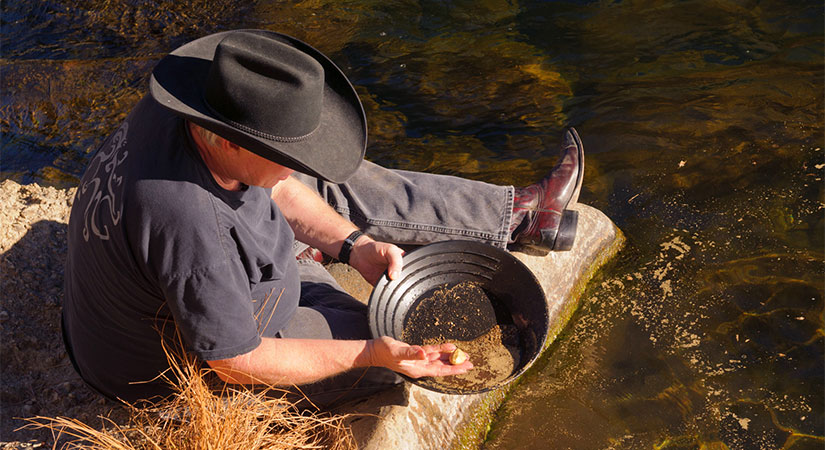 This week, Your News to Know rounds up the latest top stories involving gold and the overall economy. Stories include: Gold, already off to a great start, nears $1,900; why the Federal Reserve might stop hiking in February; and China shares more interesting data about its bullion hoard.

Gold’s price jumps over the past week were difficult to ignore. When gold rose past $1,800, there were some immediate concerns that its price might fall a bit in the coming weeks. Instead, it did the opposite. Having recently climbed to a 6-month high before closing Friday around $1,870, the next benchmark of $1,900 appears within easy reach.

The already-gargantuan price move, if continued, would represent a more rapid leap towards new all-time highs than most forecasters anticipated. Still, analysts are mostly unanimous. Those with more conservative predictions expect the metal to perform well throughout the year on the back of general uncertainty.

Or AuAg ESG Gold Mining’s portfolio manager Eric Strand, who says we might be seeing the start of a new bull market for gold. This new bull market, said Strand, would be marked by a decisive move past $2,100 as gold establishes itself above previous all-time highs.

Juerg Kiener, managing director and chief investment officer at Swiss Asia Capital, has similar projections. Likening gold’s situation to that between 2001 and 2008, Kiener said gold won’t be limited to 10-20% gains during this new bull run. Other analysts, like the Standard Chartered team, mention that gold hasn’t yet begun to truly enjoy the support of a recovered consumer market from India and China.

While it’s hard to single out any single notable thing gold did last week, its price movements (despite an optimistic jobs report) displayed some interesting patterns. December’s job report sent gold down and stocks up as it reported 223,000 new jobs were created from a previous estimate of 200,000. Despite what has historically been an inverse correlation, gold shrugged off daily losses and stay on an upward path, right alongside stocks.

Is this more an indicator of gold’s strong fundamentals or the stock market’s shakiness?

It might be both! Either way, gold owners don’t have much to complain about.

Bill Baruch, President of Blue Line Futures, went over the current market conditions and how they translate to some bullish expectations for the gold market. Baruch told Kitco that the markets will be characterized by volatility throughout the year. Regardless, the story to watch out for will be that of the Fed.

Economic activity has been brought down due to what Baruch finds an over-aggressive hiking schedule, one that saw the nominal rate raised by 425 basis points within a year. The data we have from both the economy and Fed minutes is somewhat conflicting. Inflation seems to have slowed enough to warrant a lift-off of weights from the strained economy’s shoulders. The economy itself has slowed, sparking wide recessionary concerns. Yet the Fed remains hawkish, giving no real suggestion as to when and how they might pause their interest rate hikes.

Baruch says February might be a month to watch out for. Just as likely as the Fed is to pause rate hikes in February, so is it likely to abruptly continue with them. Nonetheless, Baruch is bullish on both gold and risk-on assets, the latter having taken a real beating ever since Fed policy curbed risk appetite across the board.

How will this play out from the perspective of other central banks? We know that most other top central banks in the West are lagging, which means they’ve yet to unleash their planned hiking schedules. If the Fed wraps up just as other central banks continue, it might represent a strong risk to the dollar as other currencies rapidly gain against it. (After all, fairly minor action from the ultra-loose Bank of Japan sent the yen soaring to its highest point against the dollar in decades – which we discussed previously.)

Any dollar weakness (otherwise known as “inflation”) is likely to fuel additional gains for gold.

China expands its national gold stockpile (along with its forex reserves)

Right now, any data from China’s central bank is important data, and the most recent notes are no exception. Along with a general increase in forex reserves, the PBOC reported a 30-ton gold purchase in December, adding onto the 32 tons purchased in November.

Officially, China’s gold reserves just exceed 2,000 tons. But many have placed into question the accuracy of the feedback. The extreme spottiness of reports, China’s general lack of transparency and infamous appreciation of bullion have made some speculate the figure could be up to ten times as high.

This is all the more important as the dollar finds itself placed into question by various Eastern economic alliances, namely revolving around gas and oil but likely exceeding these. China’s purchases come after a major expiry of put options on December 27 on the paper gold market seems to have had the expected outcome.

The squeeze on the physical gold market by China and many other nations comes during an especially turbulent time. The Basel III agreement is coming into place more and more, overloading the physical market and highlighting a clear disparity between bullion reserves and “contracts eligible for delivery” (aka paper gold).

There hasn’t been this “bad” of a time for countries to buy tens of tons of gold bullion on a monthly basis for a while. However bad the physical reserves are, if China is to continue with its diversifying just to the reported extent, the bullion market could see a real shake-up.

Believe me, I’ll be paying attention to this story…