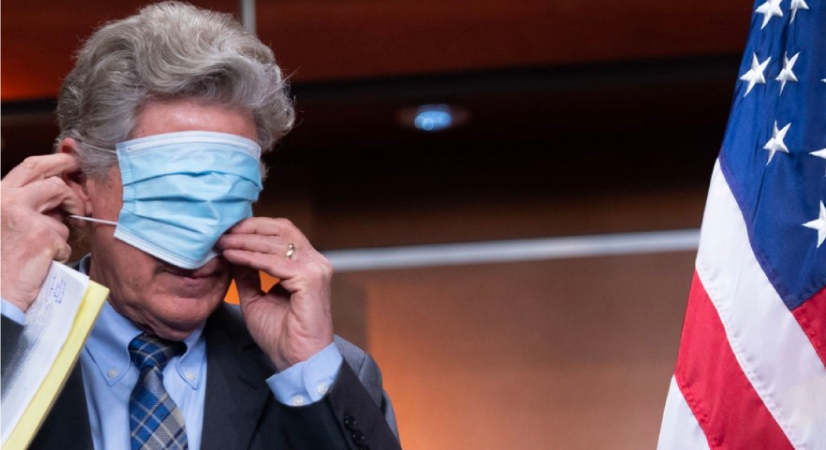 If you willingly chose to quit your paying job, spent all of your savings, then demanded that someone else foot the bill for your lifestyle… that wouldn’t make sense. Well, not to most people.

But it sure seems like some states in the U.S. are doing that, by utilizing a form of “handout economics” after voluntarily choosing to shut down businesses in response to COVID-19.

One example would be Washington state, where Governor Jay Inslee has kept the state under various levels of “lockdown” since February 29. “Non-essential” business closures or restrictions resulted in record unemployment as high as 15.1% back in May.

Leaving alleged Nigerian unemployment scams aside, Inslee has since demanded that Congress send even more money his way. Quite strange, considering his decisions created Washington’s worker and tax revenue shortfalls.

In California, Governor Gavin Newsom also requested to dip his hands into the federal government’s coffers. This request came to account for the bloated state budget and skyrocketing debt caused in part by his decision to lock down the Golden State.

But to look at what seems to be a more interesting example, we head to San Francisco…

Around December 7, San Francisco Mayor London Breed issued yet another immiserating lockdown for the “Golden City.” She even admitted to the impacts on Twitter:

Small businesses are closing at alarming rates. People are behind on rent. This isn’t sustainable.

Local budgets have been crushed by this pandemic and we’re facing devastating decisions over the coming months around jobs and services.

As Mayor Breed should have expected, if she made the decision to shut down small businesses, they would eventually close. The people that worked there would become unemployed, and eventually get behind on their rent or mortgage payments. Without the added tax revenue stream, local budgets would get “crushed.”

It doesn’t seem like she anticipated that kind of fallout, though.

If we had a national response and national resources we wouldn’t be facing this economic reality. The federal government needs to act before more small businesses close and people fall further into debt.

The only thing the government can do is print the money out of thin air via the Federal Reserve. It would, in the end, via price inflation hurt the people again that she has put under lockdown.

The federal government is buried in $27 trillion of debt, so it really doesn’t have too much Fed “funny money” lying around to give to Mayor Breed.

Wenzel concluded his sharp criticism of Breed’s proclamations by writing: “Now, she wants to step into the world of economics where she is basically calling for mad money-printing instead of ending the lockdown.”

Federal handouts aren’t likely to continue much further, so Mayor Breed may need to come up with a different plan. She certainly won’t be the last to request a handout, though.

In fact, there are plenty of other examples of politicians asking for “mad money” like Mayor London Breed.

Governors Gretchen Whitmer of Michigan, Kate Brown of Oregon, and Andrew Cuomo of New York have also requested federal handouts to account for various shortfalls resulting from their lockdown policies.

To be clear, the point isn’t who requested handouts from the federal government as much as the expectation that states get bailed out every time a governor makes a bad and costly decision. That move costs taxpayers, too. Not just those unfortunate enough to live in a state with an incompetent governor, either. By going to Congress, hats in hand, begging for billions, these failing states make their self-inflicted economic woes every American’s problem. After all, misery loves company…

And when those state bailouts are funded by the Federal Reserve’s ability to “print the money out of thin air,” we get inflation that punishes conservative savers who live without debt, below their means, by eradicating the value of their savings.

Fortunately, you have an opportunity to be smart with your personal economy. You can put yourself in the best position possible to avoid needing a personal retirement bailout (which isn’t likely to be delivered by any government anyway, unless you’re the governor of a sinking state).

Examine your situation and make adjustments that don’t solely rely on Social Security, tax cuts, or government relief packages that come too late (if at all).

That could include holding physical assets like gold or silver. They have been shown to diversify your retirement savings while also providing an inflation-resistant store of value that has been used worldwide for thousands of years.

Don’t wait to protect yourself — there’s already a long line of VIP politicians ahead of you, and by the time Congress gets around to bailing out the little people’s retirement savings, will there be anything left?