Home » Blog » Have You Missed Out on Gold’s Recent Price Surge?

Have You Missed Out on Gold’s Recent Price Surge? 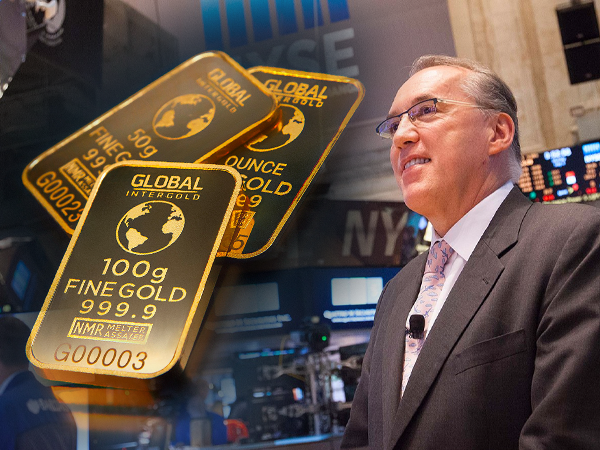 This week, Your News to Know rounds up the latest top stories involving gold and the overall economy. Stories include: The gains in the gold market are far from over, gold is positioning itself to target higher highs, and a broader look at the economic big picture.

In their latest outlook regarding the effects of the coronavirus pandemic, the International Monetary Fund (IMF) dubbed the current situation as “The Great Lockdown” and went on to predict the worst global economic contraction since the Great Depression.

To Forbes contributor Frank Holmes, this was just another indicator that things are turning from bad to worse, and there has been no shortage of these. Most assets have plummeted and the Federal Reserve has embarked on its biggest money printing journey since the 2008 financial crisis. One of the only asset classes that has performed well is precious metals, as people have been rushing to mitigate their losses and shield themselves from additional downturns.

For all the gains that the metal has seen since the start of the year, Holmes thinks the fuse for the fireworks in the market has yet to be lit. Bloomberg commodity strategist Mike McGlone suggested in a recent analysis that gold seems to be aiming for a reversion of its long-term mean versus the S&P 500 Index. Such an occurrence would hardly be novel, as gold had traded around a one-to-one ratio with the S&P 500 in May 1993 and March 2013.

If gold once again catches up and begins trading within the same range as the S&P 500 Index, the metal’s price will soon reach $2,800 to $3,000. Holmes sees this as enough reassurance that people haven’t missed the boat when it comes to moving into gold. In order to truly reap the benefits of possibly monumental gains, however, Holmes notes that direct exposure to tangible gold is necessary.

Economist: Gold is clearing the path towards $3,000

With a sizeable gap between spot gold prices and contracts, it’s clear that people around the world are betting that the pandemic will continue to rattle the financial markets. And, according to David Rosenberg, chief economist and strategist at Toronto-based Rosenberg Research, it’s a safe bet.

In a recent interview with FOX Business, Rosenberg said that gold’s gains will largely come as a result of the Federal Reserve’s ultra-loose monetary policy that came in response to the coronavirus and its effect on the economy. To Rosenberg, it is a simple matter of supply and demand, with the U.S. dollar being in overwhelmingly excessive supply.

“The Fed is pursuing such an accommodative posture that money supply is rising at over 20 percent annual rate,” said Rosenberg. “Gold supply in any given year is rising at roughly a 1 percent rate, and we ultimately price gold in dollars.”

George Gero, managing director at RBC Global Wealth Management and a member of the COMEX board of directors, shared similar thoughts. Gero sees inflation becoming a major issue from summer and onwards, noting that gold has responded in kind. Gero thinks the issue will become especially prominent next year, as the U.S. is scheduled to export $6 billion of agricultural goods to China in 2021, adding that prices for these goods have already begun to climb.

“As we keep going down the road, we’re going to see more volatility but higher highs,” said Gero of gold’s trajectory, placing the near-term target at $1,800 and opening the door for gold to pass its all-time high in 2021. For Rosenberg’s part, the strategist thinks that gold has entered a bull market that will last for years and bring the metal to $3,000 in the long term.

The big picture of deficits, Fed actions, the greenback and gold

As traders focus on short-term movements in various markets, Seeking Alpha’s Montana Skeptic has taken a look at what two finance experts think of the true long-term implications of the coronavirus. Recently, Stephanie Pomboy spoke with veteran analyst Grant Williams on his podcast to reach a conclusion that many have already come to: the global financial system is primed for a crash of epic proportions.

Pomboy, whose research firm MacroMavens aims to prepare clients for potential downturns, is known to have issued an early warning about the bursting of the housing bubble that played a major role in the 2008 financial crisis. As optimism dominated sentiment over the past few years, Pomboy and Williams have been pointing to the dire issues of overblown equity valuations, ballooning corporate debt, concerning pension funds and the immense eagerness of governments to spend more than they have and borrow more than they can pay back.

With the coronavirus shock hitting the global stage, it only remains to be seen what happens when each of these issues needs to be addressed, and how gold ties into every aspect of it. In general, Williams and Pomboy think that corporations and consumers will be less willing to spend and take risks while the U.S. government does the opposite and continues ballooning its debt.

The trend could be mirrored by other developed nations, eventually creating a need for each debtor to reassure the creditor of the value of its currency in order to keep the fiat money system going. While there is much to be said about the subject, Pomboy and Williams point out that the current monetary system started in the 1960s, when the U.S. untethered its currency from gold. Should talks of returning to a gold standard in order to fix a flawed system come to prominence, it might not be at all surprising to see the U.S. spearheading the idea due to the Fed’s massive advantage over other central banks when it comes to bullion deposits.