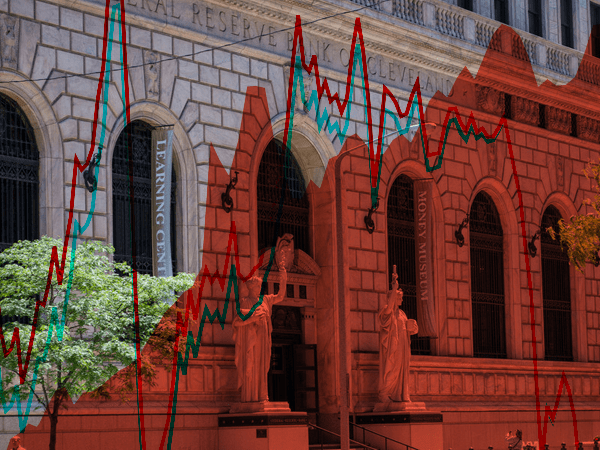 “Tunnel vision” is best described as when you’re driving through a tunnel and all you can see is the other end. Nothing else is visible until you get through the tunnel. It sure seems like the Fed has tunnel vision when it comes to rate hikes.

On Wednesday, the statement from the Federal Open Market Committee (FOMC) meeting was issued. It reported that the Fed will raise borrowing rates another 0.25% to 2.50%, as expected.

The hawkish Fed has been raising rates at a gradual pace since December 2015. Chairman Powell has consistently said “the economy is in great shape.”

Except the economy isn’t in “great shape.”

At the time of this writing, the Dow has dropped more than 3,000 points overall since October 3. And once the rate hike was officially announced, the Dow dropped 350 more points, according to CNBC.

The same article outlined the grim reality of the Fed’s “tunnel vision”:

Inflation isn’t doing “great” either, with the CPI inflation rate still hovering at 2.2% on selected categories overall (see chart below): 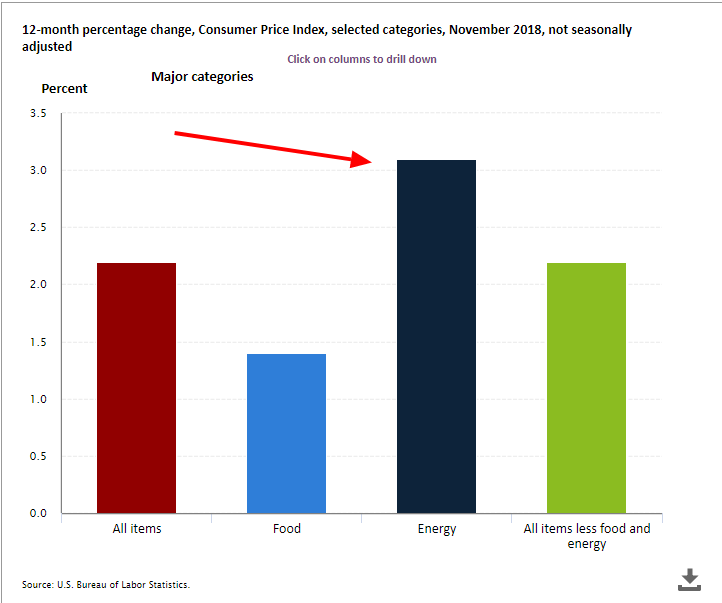 Despite careful language in the Fed’s statement that said “both overall inflation and inflation for items other than food and energy remain near 2 percent,” energy inflation tops 3.1%.

Dave Kranzler at Investment Research Dynamics gave a bleak outlook when asked “What should Powell do?”:

The system is screwed. It ultimately doesn’t matter what anyone does. The money printing, credit creation and artificially low interest rates over the last 10 years has fueled the most egregious misallocation of capital in history of the universe.

Kranzler also alluded to a “lose-lose” situation for the Fed and everyone else, based on his overall view of market conditions.

Peter Schiff, notable economic commentator, took to Twitter to point out the disconnect between the Fed’s actions and expectations, specifically with regard to their balance sheet reduction plan:

Just after Powell admitted the Fed was not considering slowing down its balance sheet reduction the stock market tanked. It seems that some investors figured out that the Fed is attempting to pull the table out from under the cloth. The Fed still expects the dishes to levitate!

As is evident from Schiff’s tweet, the Fed seems to be attempting an impossible magic trick with its balance sheet reduction (otherwise known as QE unwind).

Attempting the “magic” suggested by Schiff seems to be one of the causes of uncertainty in the markets right now. It’s likely that more than a few investors have stopped ignoring the man behind Oz’s curtain.

Bottom line, the future is uncertain and rates are on their way to a 10-year high as alluded to back in November’s FOMC meeting.

Couple that with a strong signal from a flattening yield curve, and you have a recipe for disaster.

Start Putting Some Certainty Back into Your Retirement

It’s painfully obvious that watching the Fed’s “magic tricks” won’t help you much when it comes to building security into your retirement portfolio.

But according to some experts, gold and silver both look good going into 2019. Historically, they both do well in uncertain markets like the one Powell seems to have set the table for. So if you want to put some certainty back into your retirement, consider doing it with something known for its stability.