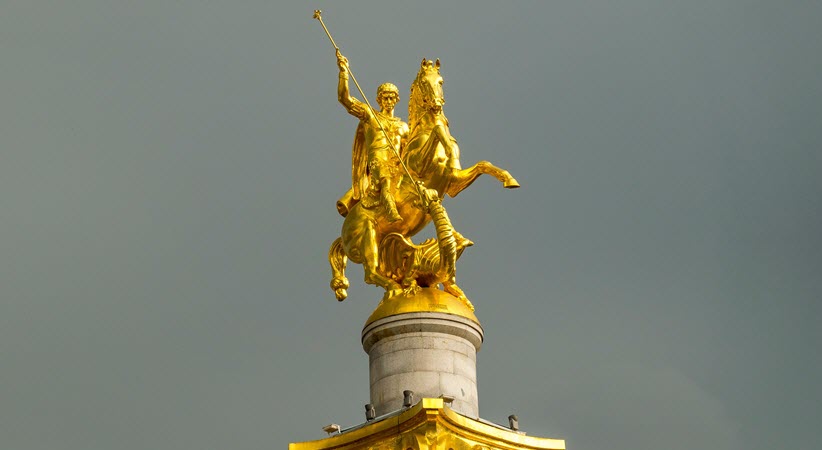 This week, Your News to Know rounds up the latest top stories involving gold and the overall economy. Stories include: Gold’s bearish detractors losing the inflation argument, what lumber prices tell us about the next market crash, and the state of Tennessee is planning its own official precious metals depository.

Gold has had an interesting week. Although the metal passed the $1,900 level as many had forecast, it couldn’t hold that price, pulling back by around $20 during Friday’s trading session. It seems that gold is at the heart of a sentiment battle, as is so often the case.

While one market faction bets on interest rate hikes and a tighter Federal Reserve, another maintains a relentless focus on rising inflation. Considering that the Fed has little room to tighten monetary policy significantly without risking another taper tantrum and the subsequent economic fallout, the case for gold as an inflation hedge looks stronger than ever.

The dismal CPI report showed that inflation up by 5% year-on-year, the highest spike since August 2008. Core inflation had an even worse showing, as its 3.8% year-on-year spike was the highest since 1992. Briton Hill, president and partner at Weber Global Management, spoke about gains in volatile markets might be causing investors to lose track of wealth erosion.

Hill reiterated the view of other analysts that investors are not pricing their gains in real terms, but are instead focusing on returns while ignoring the broader picture:

Let’s say if the S&P 500 goes up 5% or 6%, but the inflation rate is up 8%. On paper, everybody made money, but in real terms, they actually lost money because the inflation rate is so high. If you aren’t paying attention, you can miss something like that. And by the time it’s over, it’s too late. You already lost a lot of the wealth.

That’s a strong reminder of the point we’ve made before: having $1 million is meaningless unless the buying power of those dollars is fixed. Inflation destroys buying power.

Anyone who holds a non-inflation-resistant asset is effectively betting their returns after inflation will be positive.

That’s a gamble an increasing number of people seem unwilling to take.

Forget stocks: lumber’s correlation to gold could be an even more accurate market gauge

Historically, stocks have been used as the go-to gauge for predicting both gold’s performance and the overall state of the economy. When stocks outperformed, gold would underperform, signaling a risk-on sentiment and faith in economic strength.

Strangely, this correlation has been abandoned for some time, as gold has recently continued to post gains alongside the soaring S&P 500 index.

Instead, analyst and portfolio manager Michael Gayed believes lumber can be used a more effective economic indicator. In his award-winning 2015 paper, Gayed examined how and why market crashes over the past decades have been almost uniformly marked by weakness in lumber relative to gold. Gayed’s paper argues that lumber presents a core indicator of economic strength, and that its outperformance is always accompanied by risk-on sentiment.

Why? Consider the industrial uses of lumber: Cardboard boxes, fuel for electricity generation, furniture and of course construction. All of lumber’s major inputs are extremely economically sensitive.

Gayed uses examples of both the 2000-2002 bear market and the 2008 crash as instances where lumber began underperforming relative to gold shortly before the stock market weakened. Considering the inverse stock-to-gold correlation no longer seems reliable, an accurate alternative would be of immense use to those looking to minimize stock market losses.

Most recently, Gayed contrasted the performance of the largest lumber fund and the largest gold fund to highlight his case, although gold’s price itself shows the same correlation. Over the past month, the top gold fund gained 3.57% while the top lumber fund lost 9.20%.

This suggests that there is plenty of risk-off sentiment and doubts regarding economic strength, and that now might be a good time for investors to shield their portfolios by taking risk off the table.

Tennessee could soon have its own gold bullion depository

Since 2018, Texas has been acknowledged for its official state precious metals depository (which hopes to soon let individuals perform transactions in gold and silver rather than U.S. dollars). In this sense, Texas is similar to sovereign nations hoarding gold to both achieve independence and reduce their reliance on the dollar.

Although Texas is a U.S. state, it appears one of the depository’s goals reflects sovereign. Letting individuals use gold and silver as a direct payment method would limit the Federal Reserve’s influence (and its monopoly on the nation’s money). This isn’t quite as subversive as it sounds; consider Article I, Section 10, Clause 1 of the U.S. Constitution:

No State shall enter into any Treaty, Alliance, or Confederation; grant Letters of Marque and Reprisal; coin Money; emit Bills of Credit; make any Thing but gold and silver Coin a Tender in Payment of Debts; pass any Bill of Attainder, ex post facto Law, or Law impairing the Obligation of Contracts, or grant any Title of Nobility. [emphasis added]

Now, Tennessee is planning its own state bullion depository. Support for such a move has been gaining traction since 2016, and Governor Bill Lee signed the relevant bill, SB 279, into law on May 27. While this isn’t exactly a greenlight for a depository, it commissions a study into its feasibility. The depository bill passed both legislative chambers with unanimous votes.

One of the biggest hurdles, if not the main one, is that the state has yet to implement a sales and use tax exemption for physical precious metals. Given the strength of the movement to implement these exemptions nationwide, and that most states have already given in to public demand and dropped their precious metals taxes, we think it’s safe to expect Tennessee to follow suit.