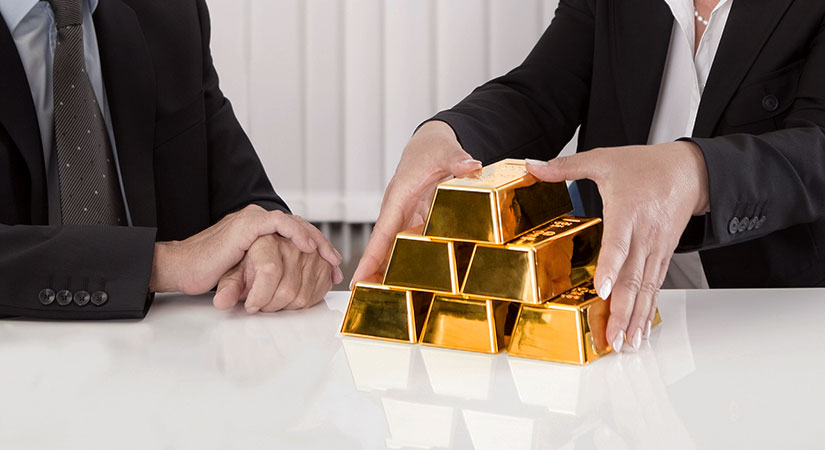 This week, Your News to Know rounds up the latest top stories involving gold and the overall economy. Stories include: Analysts are looking to $2,000 after gold’s latest move, gold’s surging popularity in Russia raises eyebrows, and even more states are removing sales tax on gold bullion purchases.

Is this merely a good start to the year, or the start of something great?

We’re now past the second consecutive week where gold dazzled onlookers by posting new highs. Strange as it might sound for a year when gold posted a new all-time high, many thought 2022 was a “tepid” or “disappointing” year for gold’s price. That makes the price gains so far in 2023 all the more promising. We watched gold first clear $1,800 and then brush past $1,900 with equal force.

Analysts are unsurprisingly bullish, saying that $2,000 is now the next obvious target. “There is a gravitational pull to $2,000 and it will only build as prices continue to move higher,” said Phillip Streible, chief market strategist at Blue Line Futures.

What gives? While it’s not exactly a novelty for Janet Yellen to give ominous warnings, the timing feels a little uncomfortable right now. The Treasury Secretary said that the U.S. will reach its debt limit on January 19. It’s an issue that has historically been dealt with by “simply” raising the debt ceiling, yet Yellen’s mentions of debt default and “extraordinary measures” were apparently more than enough to spook market participants.

Edward Moya, OANDA’s senior market analyst, said that the markets’ reaction to the debt issue is both expected and surprisingly forceful:

We knew the debt issue was going to be a problem in 2023, but we weren’t expecting it to rise to prominence so soon. The short-term reaction in gold is warranted, giving how much uncertainty there currently is. It’s just too early to see how this will play out. In the short-term, it’s positive for gold, but if there is any major chaos, that would support the dollar and weigh on gold.

(That question of how a stronger dollar affects gold’s price can be confusing – I covered it here in detail.)

Analysts and investors new see a >90% chance of the Federal Reserve hiking rates by 25 basis points next month. Yes, the too-little-too-late Fed is already predicted to begin slowing interest rate hikes, even though inflation is still more than three times higher than their 2% target…

So we must ask, is that good or bad for gold?

On the one hand, markets price rate hikes far in advance. On the other, the Fed’s efforts to rein in inflation to date have been significantly more challenging for stocks and bonds.

Performance of the S&P 500, the broad bond market gold since the first Fed rate hike

While catastrophes like these aren’t necessary for a record gold price, they’d likely send massive amounts of global capital into safe haven gold – which has predictable effects on price.

As always, when everything else is uncertain, even chaotic, gold shines even brighter.

Who’s buying more gold than Russia? Its citizens, of course

We’ve previously reported on Russia’s fondness of gold bullion. We’d expect the invasion of Ukraine would spur some amount of safe-haven demand. Even so, the latest figures from local business publication Vedomosti show that Russians’ appetite for gold is seemingly insatiable.

Five of the thirteen banks deemed “systemically important” in Russia exceeded the Finance Ministry’s forecast by selling 57 tons of gold last year. Estimates are that the total gold sales of banks will clock in between 64 and 67 tons. Both figures are considerably elevated from the 40–50-ton estimate provided by the Ministry.

Why are Russians stockpiling gold? Unsurprisingly, the Russian case for gold investment looks the same as in any other country…

The stock market in Russia is down nearly 50% from its 2021 high, real estate looks even less attractive since the invasion, and both in foreign currency and assets essentially forbidden. And inflation? We’ve had it bad in the U.S. but the Russian people have had it significantly worse – 11.9% overall during 2022, even measurably rising 0.24% in the first nine days of the new year!

Reuters reports “prices for fruit and vegetables rose by 6.5% between Jan. 1 and Jan. 9” – is it any wonder Russians are desperate for an inflation-resistant investment?

And remember, Russia mines more gold per year than just about any other nation, so buying gold isn’t considered unpatriotic. The government has even encouraged gold buying by offering tax exemptions on local gold purchases. For the remainder of the year, neither a capital gains tax nor a sales tax will be applied to gold. (If only the U.S. would do the same!)

Whether this will change as we move into 2024 remains to be seen, but it’s clear that the state is increasingly nudging its people to consider gold as more than just an inflation-resistant investment, but a globally-recognized form of money.

West Virginia, Alaska next to exempt gold from sales tax

The Sound Money movement is an idea not many people can argue with these days. Essentially, it’s an effort to return the nation to the sort of monetary stability we last enjoyed during the days of the gold standard. The battle to remind the government that gold bullion, not IOUs and promises to pay, is the ideal form of money gains traction every year.

Alaska State Representative Kevin McCabe’s House Bill 3 builds on last year’s efforts to eliminate taxes on gold and silver sold to Alaskans. Even though the state doesn’t have a sales tax, local municipalities can and do tax transactions. McCabe proposes exempting gold and silver from taxation at every level.

There’s another interesting part of the bill:

The measure would also reaffirm gold and silver as legal tender and calls for a House Finance Committee study on the possibility of establishing additional forms of legal tender for the payment of debts, including public charges, taxes, and other money owed to the state.

Maybe sometime soon, residents of The Last Frontier will be able to pay their parking tickets and property taxes in Goldbacks?

Similar efforts are ongoing in West Virginia, where Del. Chris Pritt is looking to pass the Legal Tender Act (formally House Bill 2333). The Sound Money Defense League offers a bit of analysis over why it’s preposterous to impose a tax on so-called “capital gains” from gold and silver sales:

Current West Virginia law assesses taxes on imaginary gains. Under current law, a taxpayer who sells precious metals may end up with a capital “gain” in terms of Federal Reserve Notes. This capital “gain” is not necessarily a real gain, it’s often a nominal gain that results from the inflation created by the Federal Reserve and the attendant decline in the dollar’s purchasing power.

These “gains” in precious metals aren’t comparable to those of other asset classes. This is confusing, and not just for lawmakers! If you want to learn more, brush up on the money illusion. (I’m planning a deeper exploration of this issue in the near future.)

And, if Tennessee is any indicator, the successful abolishment of sales taxes is just the first step for the sound money movement. No doubt getting its cues from Texas, a recent piece of Tennessee legislation aims to create an in-state bullion depository. This depository would be available to both citizens and state and would be audited annually. The League notes that these depositories would prevent the kind of federal government theft that occurred in 1933 from ever happening again.

Forty-two states now have some degree of sales tax exemption, though probably only a few truly to the League’s liking. In general, the removal of both sales taxes and supposed capital gains taxes is a major boon for gold owners.

All in all, I’m very enthusiastic about state legislatures slowly coming to the same conclusion I did many years ago – that paper is simply not a suitable foundation for a monetary system. Our nation’s Founding Fathers knew this three centuries ago, and, try as they might, our current political leaders cannot continue to ignore the problems inherent in the current, debt-driven system.