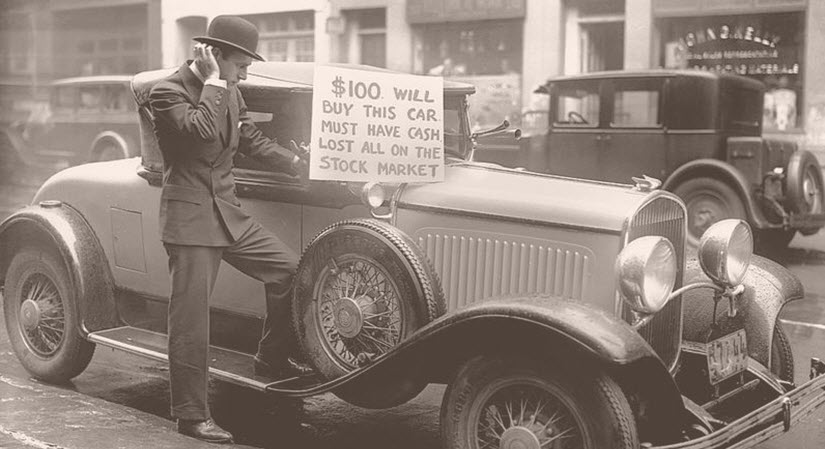 We reported on last year’s partial deflation of the “everything bubble,” aided in part by the COVID-19 pandemic and erratic response to it.

But it could be a bit premature to consider that partial crash a singular event, followed by another period of economic recovery.

In fact things seem a lot worse economically, and this time in the worst way possible. At The Hill, Desmond Lachman describes how the U.S. may have reached the end of the economic road:

Herb Stein famously said that if something cannot go on forever it will stop. He might very well have been talking about today’s everything bubble in U.S. and world financial markets, which has largely been fueled by the Federal Reserve’s extraordinarily easy monetary policy.

The “everything bubble” Lachman refers to is easy to see in the current Shiller Price Earnings Ratio. It’s higher than the 1929 Depression, and on a trajectory towards “dot-com bust” levels from 2000. You can see for yourself on the latest Shiller PE chart below:

Schiller PE measures the price to average earnings from the past ten years. Today, on average, an investor pays $34.87 to secure $1 annual earnings.

Both of the past economic peaks, the Great Depression and the Dot-com crash, were “everything bubbles”. Today’s Shiller PE ratio has already surpassed Black Tuesday‘s…

You’ve seen charts before – why care about this one? A few reasons: its inventor, Robert J. Shiller, won the 2013 Nobel Prize for economics (and a bucket of other prizes). He’s been on the list of 100 most influential economists in the world since 2008. His book Irrational Exuberance came out in March 2000, warning that the stock market was in a bubble. (He was right.) Almost exactly one year before Lehman Brothers collapsed, Shiller authored a prescient warning – here’s the summary:

On September 17, 2007, Robert J. Shiller called the “beginning of the end” of the housing boom in the United States. Within a year, the world was embroiled in the worst financial crisis and downturn since the Great Depression.

So maybe Shiller’s right about this, too?

You can’t create wealth out of nothing… There is a limit to how much the stimulus will produce goods and make debt go away.

Lachman agrees, calling this, “the mother of all bubbles in the world’s financial markets.”

Where’s all that hot air coming from?

A central bank purchases longer-term securities from the open market in order to increase the money supply and encourage lending and investment. Buying these securities adds new money to the economy, and also serves to lower interest rates by bidding up fixed-income securities. It also expands the central bank’s balance sheet.

This is the next money printing tool used after interest rates are already as low as they can go. Quantitative easing creates an artificial demand (for securities) and an artificial supply (of cash) to support asset prices. Results include:

An article in the Washington Post highlighted the fact that low interest rates and higher corporate borrowing were a signs that Powell’s Fed didn’t need to intervene again this year. The dangers that WaPo shed a light on are alarming:

The Fed will do “whatever it takes” ‑ that is, print money to buy as many bonds as necessary ‑ to keep credit flowing to the business sector, no matter the risk.

Regardless of how you look at Fed intervention, ignoring risk isn’t a sound strategy. But what could be even worse, this behavior may mean big changes.

Remember that Jerome Powell’s Federal Reserve has a $7.8 trillion balance sheet. That’s 566% bigger than 2007. It now represents more than half of the entire U.S. economy.

That’s a lot of hot air…

Signs of bubbles are everywhere as stock prices jumped by a magnitude not seen since the dot-com era, new share listings boom, and Bitcoin, though volatile, continues its generally upward climb.

Back in 2007, the Fed’s balance sheet was about 6% of the size of the entire national economy. By the end of this year, it is expected to be about 40%.

The Fed’s use of emergency powers to intervene in March 2020 could have been a point of no return. It could be difficult for Powell to, as Time acknowledges, “put those powers away.”

This could change how the Fed operates permanently. Roberto Perli, a former senior economist at the Federal Reserve said:

Remember how we started this article? “Herb Stein famously said that if something cannot go on forever it will stop.”

The Fed’s intervention in markets simply cannot go on forever. Whether a reincarnation of Paul Volcker takes the helm, or the Fed dabbles with Abenomics-style negative interest rates, or Treasury head Janet Yellen forces Powell to start selling Fed assets…

The bubble will burst. All bubbles have.

Are you ready to weather the storm when it happens?

With potential bubbles everywhere, rising inflation, and bond yields reflecting fear rather than hope, the alarms are sounding.

Now is the time to prepare yourself, and your savings, for the fallout. Can your savings withstand a Dot-com or Black Tuesday-level collapse in stocks? Will high inflation eat away at your purchasing power? Are your savings well-diversified enough to thrive in any economic circumstances?

If not, now is the time to make important changes. Consider adding physical gold, silver, or other precious metals to your retirement savings. Learn how gold performs over time and the benefits of well-diversified savings.

Nobody wants to live through a post-bubble crash, but we’re responsible to ensure ourselves and our families are secure. The proven diversification benefits precious metals provide could make the difference.