Home » Blog » If History Repeats Itself, THIS Will Be the New #1 Asset

If History Repeats Itself, THIS Will Be the New #1 Asset 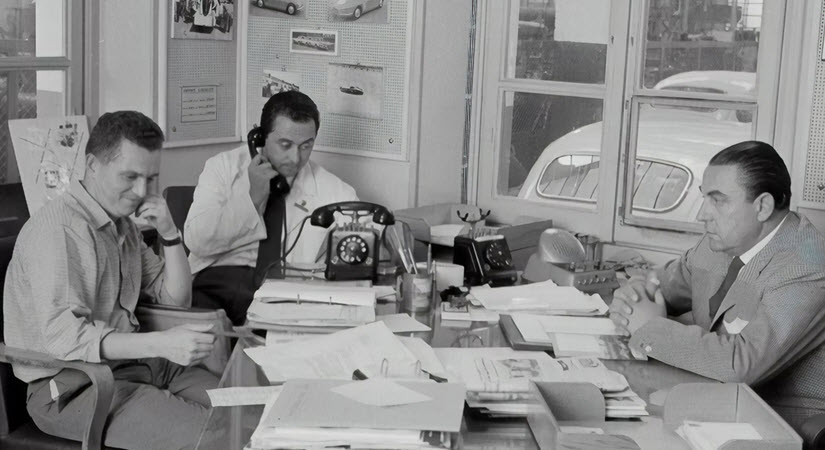 This week, Your News to Know rounds up the latest top stories involving gold and the overall economy. Stories include: A history lesson about inflation, silver short and long-term forecasts, and gold isn’t budging from its role as a portfolio stabilizer.

Gold Was the Number One Asset of the 1970s

For as much as we struggle to compare present day to any point in U.S. history, the 1970s to early 1980s are an almost eerily accurate parallel. People on the street didn’t have a smartphone in their hands, and mail took a bit longer to arrive. But the economic conditions are all here.

We had just abolished the gold standard, causing massive U.S. dollar debasement. An oil supply crisis shook the world. Monetary policy was loose and the government racked up massive amounts of debt. Sound familiar? Take away the gold standard bit, and it’s very much a description of the current state of affairs. But, believe it or not, things are even worse this time around.

Saying that unemployment isn’t as bad now as it was then is only a matter of perspective. Past that, the economy is considerably worse off. It’s not just oil that’s causing supply crises, with the global reliance on China’s electronics coming to be a particular point of concern. The nominal interest rate during the period was 13% compared to 1% today, yet inflation rates are shoulder-to-shoulder. If the benchmark rates were the other way around, analysts would probably be talking about an unprecedented economic boom.

We have all-time highs for corporate borrowing, household debt and sovereign debt. The latter is quite something, having recently climbed to $30 trillion, or 130% of the nation’s economy. As for dollar devaluation, saying that 80% of all dollar bills were printed within two years should suffice. So what did investors like back then, and how did it perform?

Then, like now, gold was a top investment. It started the 1970s off at $35 and ended the decade at $850. Back when the bond market was still considered a viable option, we’d often hear how high yields make gold unattractive, as it supposedly has no yield. Never mind comparing it to a high-risk, high-reward asset like stocks.

As it turns out, the S&P 500 Index gained 178% between December 1999 and April 2022, while gold gained 530% during that timeframe. Much of stocks’ seeming outperformance is tied to last decade’s bull market, the longest one in history, which is now crumbling on all fronts. As for safe-haven gold, it seems that it’s business as usual.

These days, we’re wondering if silver can hold the $22 level. Virtually everyone agrees that the metal is undervalued. Bank of America, for example, expects it to climb to $30 before the end of the year. In its latest report, The Silver Institute outlined why silver’s valuations continue to stand out as unreasonable given its backdrop.

Last year, silver demand hit a six-year high. Every single sector that uses silver, from industry to investment, saw increased demand. Projections for this year state demand will increase by an additional 5% compared to a 3% increase in supply. So long as green energy is a theme, copious silver use in manufacturing will be, too.

But The Silver Institute has other interesting sources of demand that could come to prominence in the long-term. One of them is medicine. It goes without saying that modern medicine leaves many wanting, and the use of antibiotics is one of 30 trillion examples why. As the medical complex grows increasingly reliant on antibiotics, we’re seeing them perform worse and worse. Whether one wants to call it antibiotic-resistant disease or simply faulty medicine, there is clearly room for improvement. And healthcare specialists are eyeing silver as a possible replacement.

As the report notes, there is growing interest in silver antimicrobial coatings, and not just as a highly experimental treatment. The market for antimicrobial ointments amounted to $3.9 billion last year, projected to rise to $6.4 billion by 2026. In this group, silver ointments are expected to see the fastest increase.

A more experimental use of silver comes in the form of the Electroninks  aerosol jet printing product, which uses silver to print images in much higher resolution than is currently available. It seems to have attracted the attention of those with ties to U.S. national security, and we know that the military doesn’t exactly have budget constraints.

Axel Merk, President and Chief Investment Officer of Merk Investments, spoke to Kitco about gold’s current state in the face of a hawkish Federal Reserve. So far, the tightening schedule has gone well. One imagines it’s because there has only been so little time to feel its ill effects. Yet the markets hardly need more than a slight reassurance by the Fed to jump on optimism.

The $1,850 level is disappointing some who expected gold to already be past $2,000 and worrying others who think it might go lower. As always, the broader picture is what gold investors should be focusing on. And as Merk notes, it couldn’t be more favorable for gold. Merk sees a growing risk of stagflation as the Fed remains behind the inflation curve with no clear idea on how to catch up.

Merk also spoke about shifting geopolitical trends, with nations attempting to establish their own supply chains and lessen reliance on global commerce. How this plays out remains to be seen, but where there are policy experiments, inflation is usually within arm’s reach… As Merk puts it:

When you are in a mess like we have, we will get erratic policies, so it might be good to have some diversification, some stability in your portfolio.

These experiments, starting with those by the Fed, should be reason enough for anyone to hold a sizeable gold allocation. Merk reiterated that the metal is a defensive asset and that, despite price fluctuations, it’s still doing exactly what it’s supposed to.