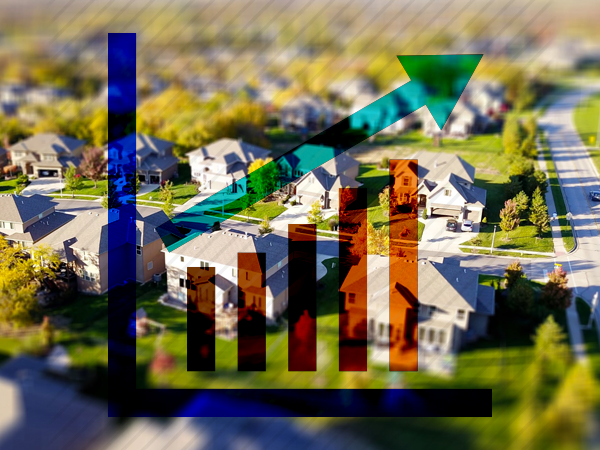 If you can’t take a dollar today and buy as much with that same dollar’s worth of stuff tomorrow, you’ve lost purchasing power. This, is a result of price inflation.

Price inflation can come in a few forms, depending on what “stuff” is affected. That “stuff” can be consumer, wholesale, wages, or in the case we’ll discuss here … assets.

Wolf Richter sheds light on one potentially fatal flaw hidden in the Fed’s “print money and enjoy the free lunch” logic of the last decade or so. He starts by highlighting “where” this flaw is currently hiding (emphasis ours):

He then explains the potential outcome if this type of inflation gets out of control (emphasis ours):

Assets are highly leveraged. When their prices rise, these higher prices are used as collateral for more debt, meaning banks and bondholders are on the hook when prices turn the other way, as asset prices do. And this is when asset-price inflation leads to – you guessed it – a banking crisis and a broader financial crisis.

Let’s take real estate as an example. A house bought for $150,000 in 2010, might have a value of $300,000 in 2019. But it’s the same house with a little more wear and tear on it. Because of price inflation, it takes double the money to purchase the same exact house that’s now more worn out than before.

The actual numbers provided by the Case-Shiller index in the WolfStreet article were summarized as follows for a six year period (2013 – 2018):

… house price inflation in the US was 42%, according to the Case-Shiller index. And by metro area, it was 58% in the Dallas-Fort Worth metro, 65% in Denver, 78% in the Seattle metro, and 82% in the San Francisco Bay Area.

Basically, it takes almost double the money to purchase the same San Francisco house in 2018 as it did only six years prior.

Or, as Wolf said in his piece, “the purchasing power of the dollar with regards to housing has gotten crushed.”

So the fatal flaw of the Fed’s generous monetary policy over the last decade is asset inflation that works in favor of asset holders, but not buyers.

If all of that printed “Fed cash” only creates increased mortgage company revenues and not additional buying power for home buyers, it doesn’t seem like quantitative easing (QE) really helped the real estate sector too much. And that may actually be the case.

Let’s keep this simple. Below, you can see the Case-Shiller home price index for 2001 to present. Notice how home prices have been rising since 2013: 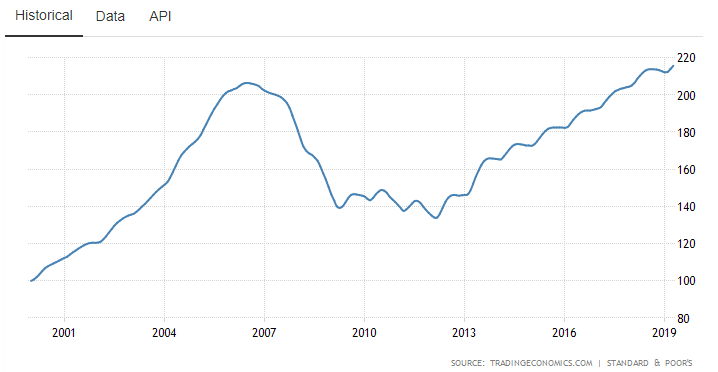 Rising home prices wouldn’t be that bad if wage growth were also on the rise at a decent rate. But it isn’t. In fact, the official statistics show that wage growth has remained flat since 2013: 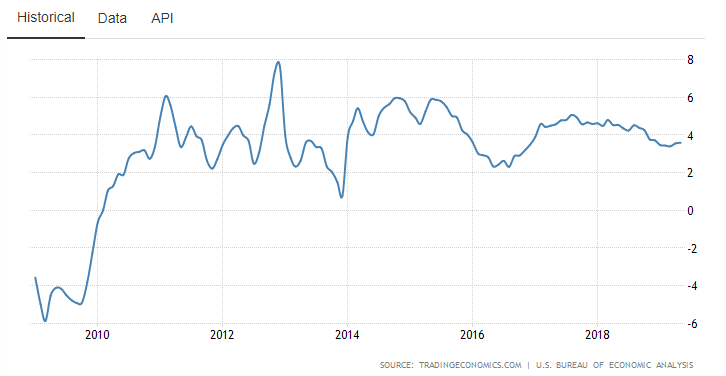 So home prices have shot up almost 37% across the U.S. since 2013, yet wage growth remains (generally) flat during the same time period. That sure seems like most of the inflation is only working in favor of the asset holder like banks, and not the asset buyer.

If this “revenue growth” built from loose monetary policies is all that is propping up the economy, eventually the bottom has to fall out (if the asset bubble doesn’t pop first).

And if any of those asset holders have refinanced to take on more debt, they may find themselves “upside down” on their obligations, possibly even facing foreclosure at some point.

Tying this back to Powell’s recent comments at the Fed, Wolf Richter identified who he thinks the real winner in the “battle of Fed rates” will be:

… when Fed governors fan out to tell people that they want to cut rates in order to create more inflation, and when the media, including the New York Times and NPR, promote this as a beneficial goal and as something the Fed should do, they’re clearly taking the side of Corporate America, to enhance Corporate America’s revenues and profits…

So where does that leave your retirement plans? At risk of this “fatal flaw” leaving you in the dust.

Don’t Be Left Wondering Where Your Retirement Went

The best defense against a Fed that wants to shuffle more printed money towards Wall Street is to become self-reliant.

Start by examining your portfolio and considering the possibility of diversifying your own financial assets into different classes and types.

Diversification is a strategic way to protect your hard-earned savings. Diversifying with an asset such as physical gold and silver are popular diversification options because they are reliable stores of value and do well during uncertain times.

The Fed doesn’t have your back, so consider having your own.